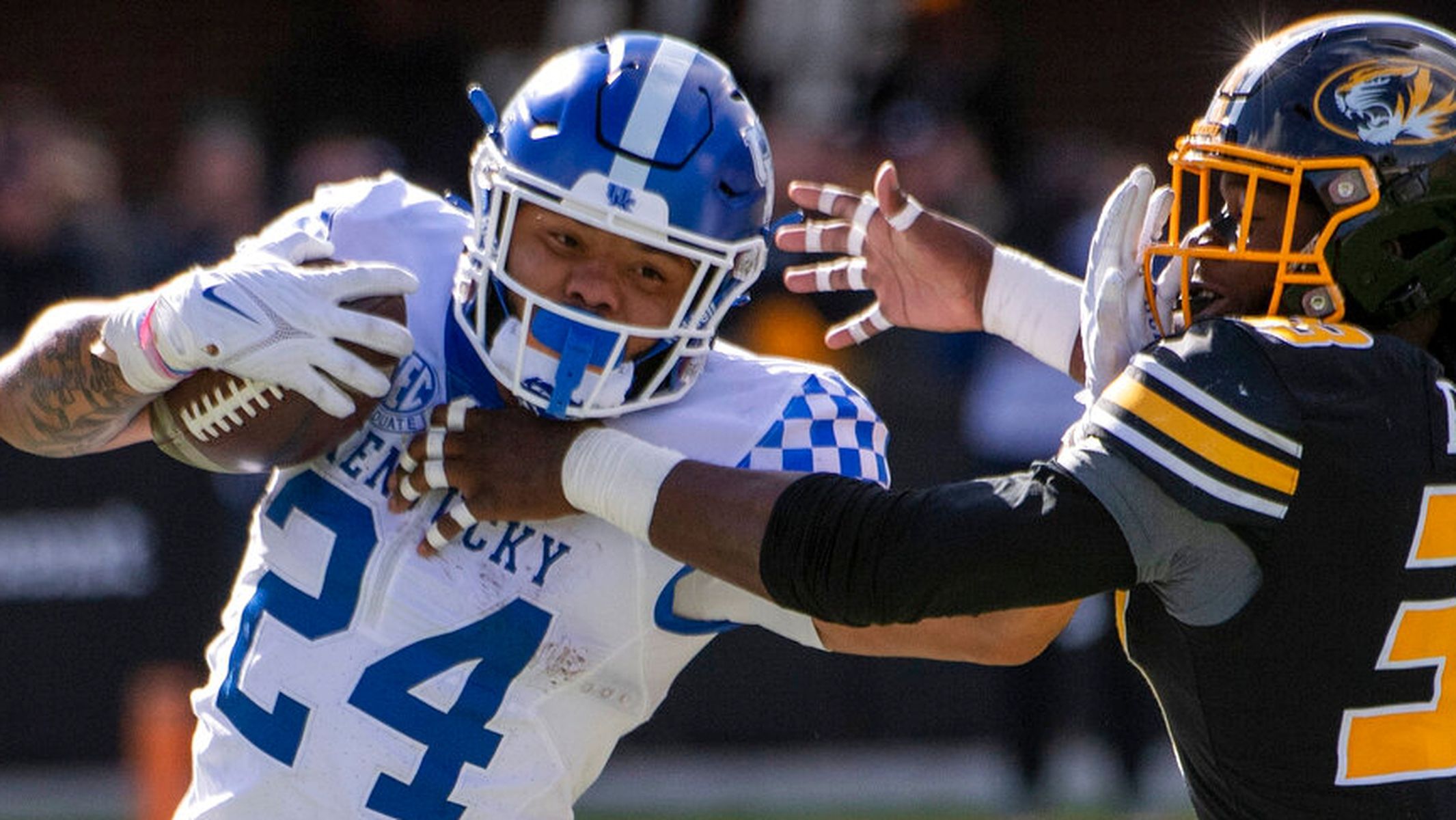 26 Consecutive SEC games have been lost by Vanderbilt, the third-longest losing streak in league games in conference history. The Commodores have not beaten a conference opponent since topping Missouri 21-14 on Oct. 19, 2019. Sewanee lost the 36 conference games that it played as an SEC member from 1933 through 1939. Vanderbilt lost the 33 league games it played between a 17-14 victory over Tennessee on Nov. 29, 1975, and a 27-23 victory over Ole Miss on Oct. 24, 1981.

34 Consecutive games with a reception for Kentucky WR Tayvion Robinson, who has 119 catches for 1,709 yards and 11 TDs during the streak. The first 26 games of the streak occurred while Robinson played for Virginia Tech.

48 Victories for Kentucky, 42 victories for Vanderbilt and four ties in the Wildcats-Commodores series. Kentucky leads the series 25-15-2 in Lexington. The teams have played annually since 1953.

91 Tackles have been recorded by Vanderbilt LB Anfernee Orji this season, the most in the SEC.

600 SEC regular-season games for Kentucky when the Wildcats take the field on Saturday against Vanderbilt. Kentucky has a 187-400-12 on-the-field record in conference play since the SEC began in 1933. The Wildcats’ official record in league competition is 188-399-12 because of a forfeit from Mississippi State in 1976.