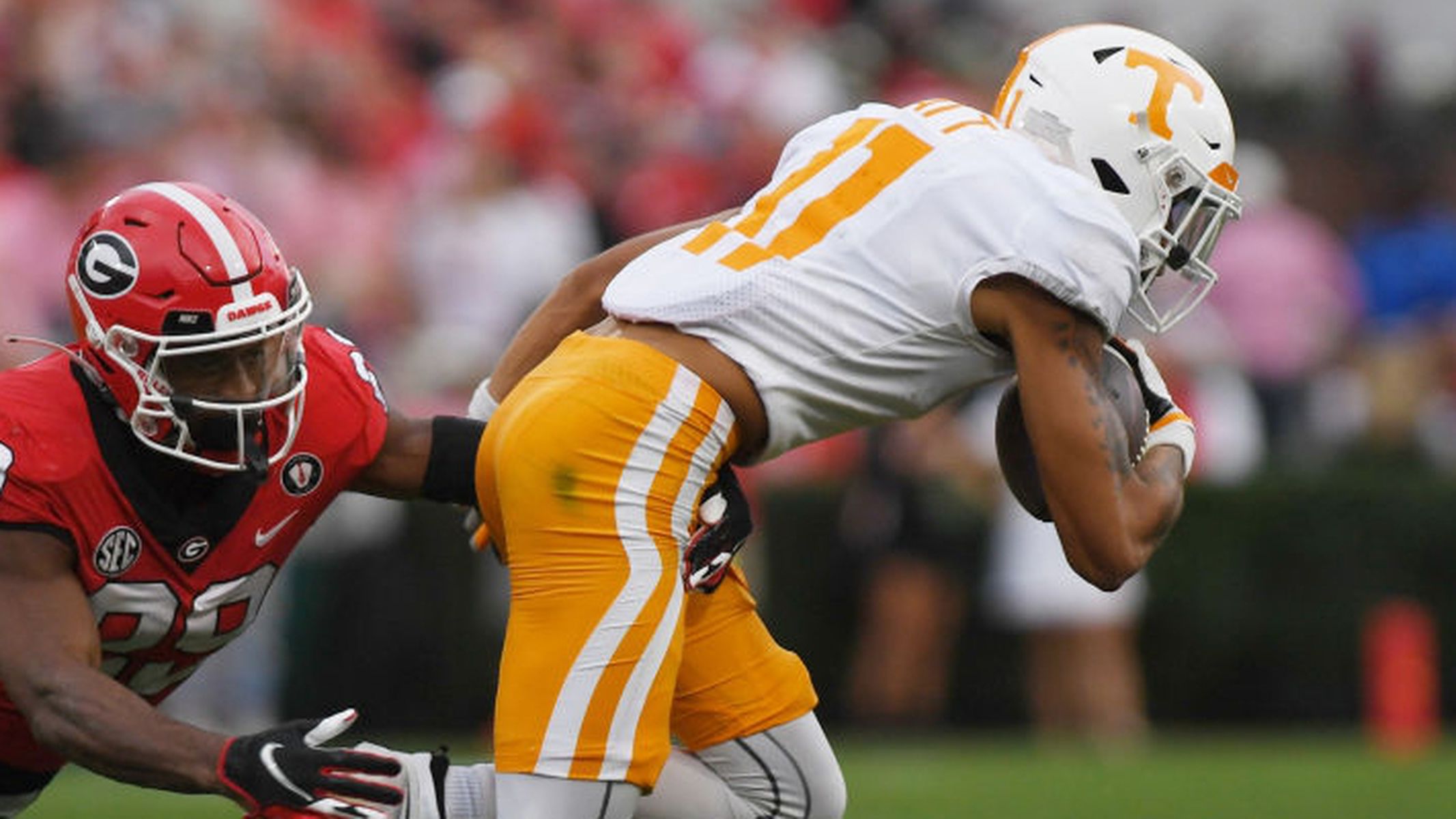 1 Of Missouri’s six SEC games has been decided by more than seven points this season. The Tigers defeated South Carolina 23-10 on Oct. 29. Missouri’s other conference win of 2022 came the previous Saturday by a 17-14 score over Vanderbilt. Missouri’s four league losses have come by a combined 18 points – 17-14 to Auburn in overtime, 26-22 to Georgia, 24-17 to Florida and 21-17 to Kentucky.

1 Player in the nation has at least 51 tackles, 11.5 tackles for loss, one interception and one forced fumble in 2022. Those are the numbers for Missouri LB Ty’ron Hopper.

5 Victories for Missouri and five victories for Tennessee in the Tigers/Volunteers series. The teams had never played until Missouri joined the SEC in 2012. Tennessee has won the past three meetings. Missouri has a 3-2 record in Knoxville.

7 Players in SEC history have scored at least 400 points, with Tennessee K Chase McGrath joining the group last week when he reached 401 in his career with two field goals and an extra point in the Volunteers’ 27-13 loss to Georgia. Auburn K Daniel Carlson set the SEC scoring record with 480 points. The other SEC players with at least 400 points are Auburn’s current kicker Anders Carlson and former Georgia kickers Rodrigo Blankenship, Blair Walsh, Billy Bennett and Marshall Morgan.

7 Missouri players have recorded a rushing, receiving and punt-return TD in the same season, including WR Luther Burden III in 2022. Burden is one of five players in the nation to achieve the feat this season, joining San Diego State’s Jordan Byrd, TCU’s Derius Davis, Fresno State’s Nikko Remigio and Army’s Tyrell Robinson.

21 Years since Tennessee had a 9-1 record, a mark the Volunteers would own for the first time since 2001 if they defeat Missouri on Saturday. Tennessee defeated Vanderbilt 38-0 to go to 9-1 in 2001.

51 Receptions, 970 receiving yards and 14 TDs in 2022 for Tennessee wide receiver Jalin Hyatt, who leads the SEC in all three statistical categories. The 14 TD receptions also are a school single-season record.

106 Points have been scored in the first quarter this season by Tennessee. The Volunteers have outscored their opponents by 62 points in the opening period in 2022. Missouri has been outscored 44-37 in the first quarter this season, and the Tigers trailed Tennessee 28-3 at the end of the opening period in last year’s meeting, which the Vols won 62-24.

408 Points have been scored by Tennessee in 2022. The Volunteers have the second-most points in the nation (four fewer than Ohio State) and the most in school history through nine games, eclipsing the mark set by the 1914 Tennessee team, which outscored its opponents 374-37 and posted a 9-0 record.

524 Yards have been gained per game by the Tennessee offense this season, the highest average in the nation. The Missouri defense has yielded an average of 304 yards per game in 2022, which ranks 13th in the nation.

600 SEC regular-season games for Tennessee when the Volunteers take the field on Saturday against Missouri. Tennessee has a 351-228-20 on-the-field record in conference play since the SEC began in 1933. The Volunteers’ official record in league competition is 352-228-19 because Alabama was forced to forfeit its 1993 tie with Tennessee. Fans Are Worried About Gino After AHS:NYC Episode 4 Latest News