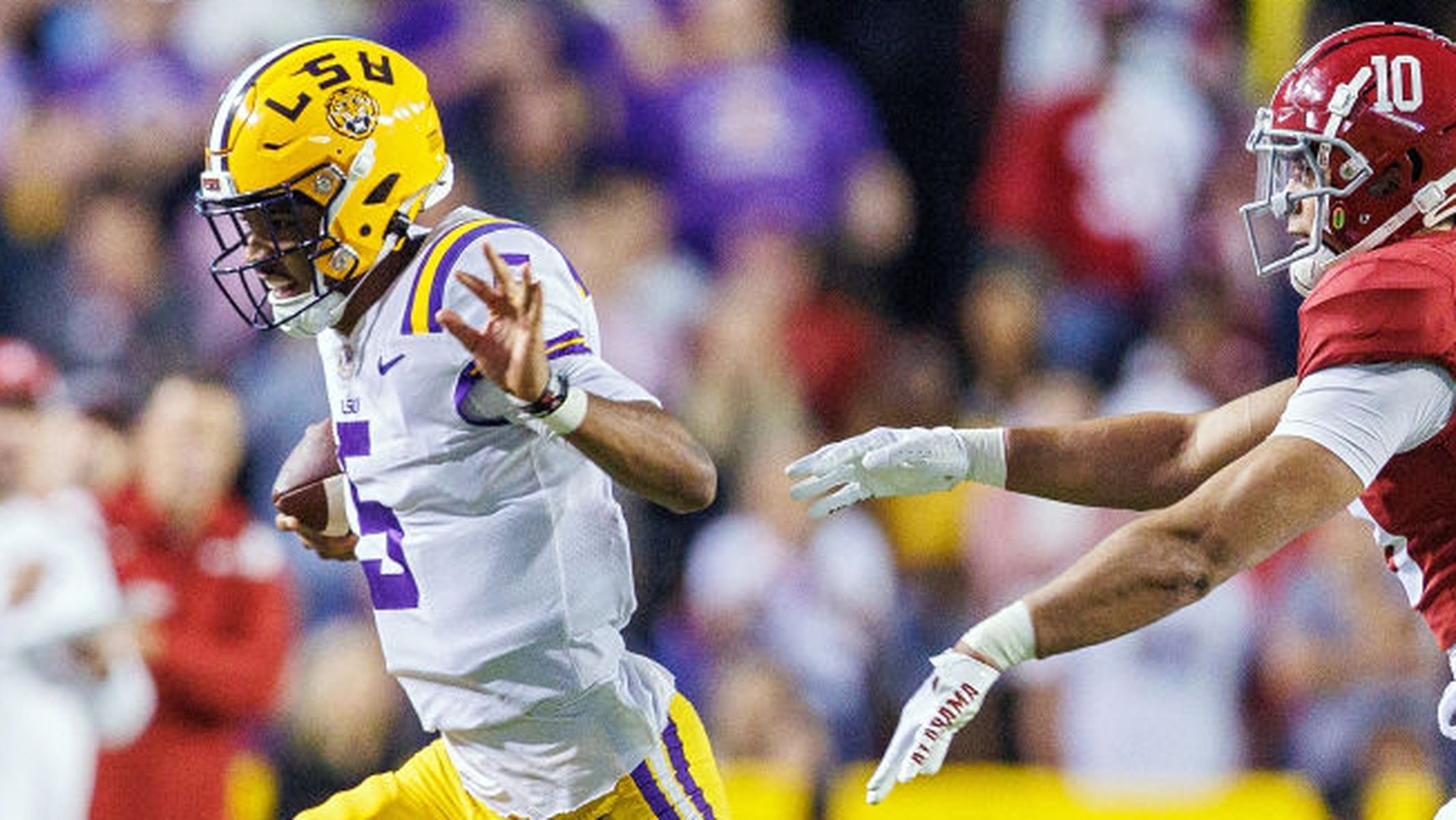 3 Consecutive games without a turnover for LSU. The Tigers have beaten Florida 45-35, Ole Miss 45-20 and Alabama 32-31 in overtime since they had a lost fumble and an interception in a 40-13 defeat by Tennessee on Oct. 8. The Tigers lost 10 turnovers in their first six games of the season. Arkansas has 10 takeaways this season.

3 SEC victories for LSU have featured the Tigers coming back from double-digits deficits. On Sept. 17, LSU trailed Mississippi State 13-0 before posting a 31-16 victory. On Oct 1, LSU trailed Auburn 17-0 before taking a 21-17 win. On Oct. 22, LSU trailed Ole Miss 17-3 before rallying for a 45-20 victory. This is the first season that LSU has overcome deficits of 10-or-more points to win three times since 2007, when the Tigers overtook Florida, Auburn and Alabama on their way to the BCS national championship.

7.5 Sacks for Arkansas LB Drew Sanders this season, the most in the SEC.

17 TD passes and six TD runs for Arkansas QB K.J. Jefferson, who is one of the five players in the nation with at least that many in each category. He joins Toledo’s DeQuan Finn, Oregon’s Bo Nix, Western Kentucky’s Austin Reed and UCLA’s Dorian Thompson-Robinson. Jefferson has completed 148-of-222 passes for 1,981 yards with three interceptions and run for 425 yards on 117 carries.

17 Consecutive victories in November for teams coached by LSU’s Brian Kelly. All but last week’s 32-31 overtime win against Alabama came at Notre Dame.

175 Pounds will be lifted in celebration by the winning team after Saturday’s game between Arkansas and LSU. That’s the weight of the Golden Boot, the name of the trophy awarded to the winner of the Razorbacks-Tigers game annually since 1996. LSU has a 17-9 advantage over Arkansas in Golden Boot games.

429 Tackles have been made by Arkansas LB Bumper Pool, the most in school history. Pool became the Razorbacks’ career leader in tackles this season when he surpassed the 408 made by Tony Bua from 2000 through 2003.

619 Rushing yards and 10 rushing TDs for Jayden Daniels this season – both are LSU single-season records for a quarterback.

1,101 Rushing yards for Arkansas RB Raheim Sanders, which leads the SEC in 2022.