Rock musicians YOSHIKI, HYDE, SUGIZO, and MIYAVI announced on Friday that they have formed a new band named The Last Rockstars. The band already has concerts planned in both Japan and the United States beginning in January 2023. 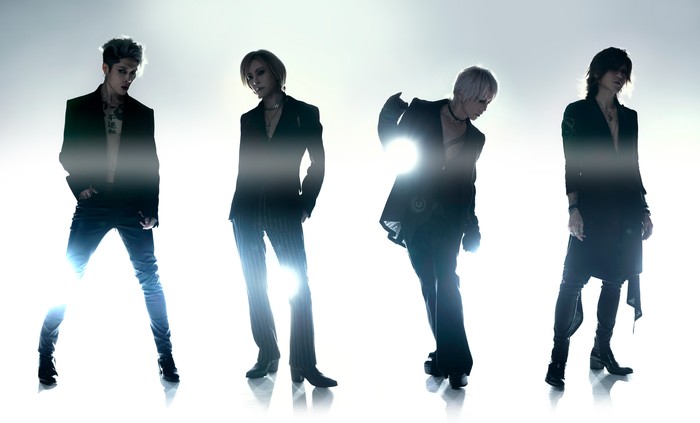 YOSHIKI has a long-running career both in the band X Japan and as a solo artist. YOSHIKI composed songs for anime such as X, Attack on Titan, Saint Seiya: Legend of Sanctuary, and Buddha: The Great Departure. X Japan‘s most notable anime contributions were the songs in the X² music video collection and later X movie. The animation Studio Madhouse adapted both productions from CLAMP‘s X manga. The surviving original band members — Toshimitsu “Toshi” Deyama, Yoshiki Hayashi, Tomoaki “Pata” Ishizuka, and Hiroshi “Heath” Morie — reunited in 2007, 10 years after they first disbanded and nine years after the death of guitarist Hideto “Hide” Matsumoto.

HYDE contributed to the soundtracks of DNA², Final Fantasy: The Spirits Within, Fullmetal Alchemist, Great Teacher Onizuka, Mobile Suit Gundam 00, Moribito – Guardian of the Spirit, and Rurouni Kenshin as part of the rock band L’Arc-en-Ciel. Most recently, HYDE performed the ending theme song “On My Own” for the currently-airing anime MARS RED. HYDE began his solo career in 2001 with the release of his first solo single “evergreen.”

SUGIZO began as a member of the band Luna Sea in 1989, where he played both electric guitar and violin. He began his solo career in 1997, and has performed and collaborated as part of such bands as X Japan, and Juno Reactor. He plays both the electric guitar and violin. He has performed the theme songs for the Mobile Suit Gundam: The Origin: Advent of the Red Comet and Gibiate anime, and composed the ending theme song for the Drifters anime.

MIYAVI released the album Holy Nights in April 2020 and contributed music to the original television anime project ID: INVADED, which premiered in January 2020. He has also performed theme songs for the Kokkoku, We Rent Tsukumogami, and Tribe Nine anime. As an actor, MIYAVI has appeared films such as Unbroken and Kong: Skull Island. He had roles in the 2019 films Stray and Maleficent: Mistress of Evil. MIYAVI also played Byakuya Kuchiki in the live-action Bleach film and Tomoya Adachi in the live-action Gangoose film. Both films opened in 2018.