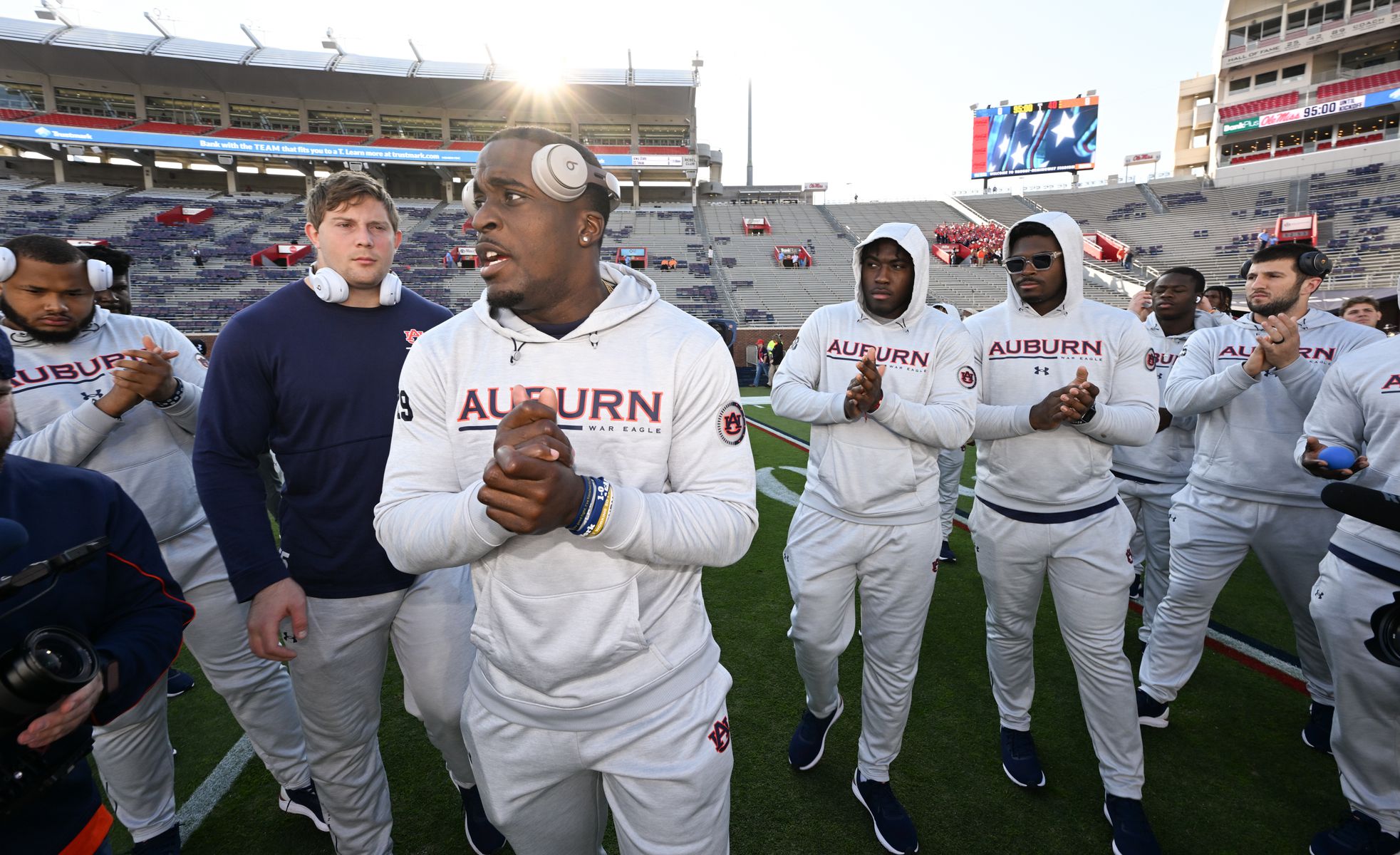 Hall, Leota, Pappoe, Pritchett, and James got their invites from interim head coach Cadillac Williams, who played in the 2005 post-season all-star, regarded as the start of the NFL Draft process presented the players with their invites with a shower of Reese’s cups.

Hall and Pappoe are two of Auburn’s three team captains. Hall grew up about an hour from Mobile in Gulfport Ms and had 6.5 sacks, forced two fumbles, and picked off a pass this season. Pappoe has 71 tackles, 1.5 sacks, and forced two fumbles.

Mississippi State is in John Cohen’s DNA, but “a whole lot of wow” drew him to Auburn as AD

Leota is out with a season-ending torn pec. He posted 17 tackles and two sacks in five games.

Pritchett has 28 tackles and James has 18 on the season.