The official website for Odd Taxi: Diamond wa Kizutsukanai (Diamonds Will Not Be Damaged), the stage play inspired by the Odd Taxi television anime, announced on Friday that the play will run at Otemachi Mitsui Hall in Tokyo from January 25-31 and at Cool Japan Park Osaka TT Hall in Osaka from February 4-5. The play was originally scheduled to run from July 7-18 in Tokyo, but it was delayed due to COVID-19. 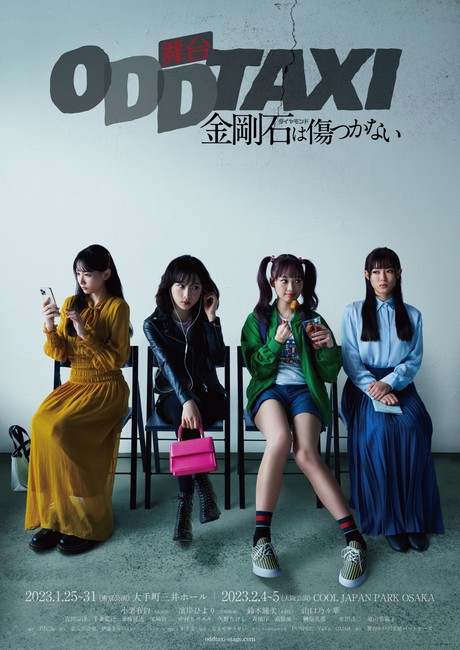 The television anime and Odd Taxi: In the Woods film’s scriptwriter Kadzuya Konomoto is returning to write a prologue story about the aspiring idols who would form the group Mystery Kiss. (Konomoto is collaborating on the script with Date-san of the performing arts unit Otona no Cafe.) Yūsei Naruse is directing the production. The play credits the anime’s Baku Kinoshita for drafting the original character designs, and PUNPEE, VaVa, and OMSB are also returning to compose the play’s music. 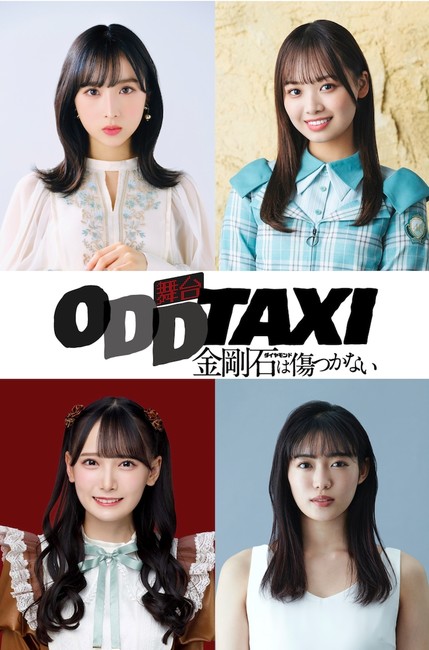 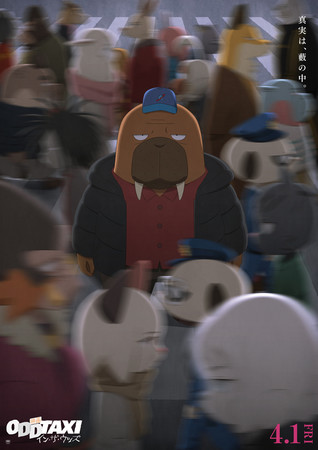 The television anime premiered in Japan in April 2021 and aired for 13 episodes. Crunchyroll streamed the anime in the West.

The story follows Odokawa, an eccentric, reticent 41-year-old taxi driver who has no relatives and does not have much to do with others. He does have conversations with his customers, including a college student who wants to go viral, a nurse hiding a secret, an unsuccessful comedian, a street rough, and an up-and-coming idol. These conversations lead him to a girl who has disappeared.

Manga creator Kadzuya Konomoto (Seto Utsumi) wrote the anime. Baku Kinoshita directed the anime with Norio Nitta as the assistant director. Kinoshita and Hiromi Nakayama designed the characters. Kōhei Yoshida was the recording director at Pony Canyon Enterprise. PUNPEE VaVa OMSB were in charge of the music, and Pony Canyon was in charge of music production with collaboration by Summit, Inc. P.I.C.S. and OLM produced the anime. P.I.C.S. was also credited for the original work and planning.

The Odd Taxi: In the Woods film is a “reconstruction” of the television anime episodes, but it also depicts what happens after the television anime’s finale. The film opened in 34 theaters in Japan on April 1, ranking at #10 and earning 52 million yen (approximately US$4,23,685) in its first weekend. The television anime’s main cast and staff returned, and ASMIK Ace is distributing. Crunchyroll is streaming the film.