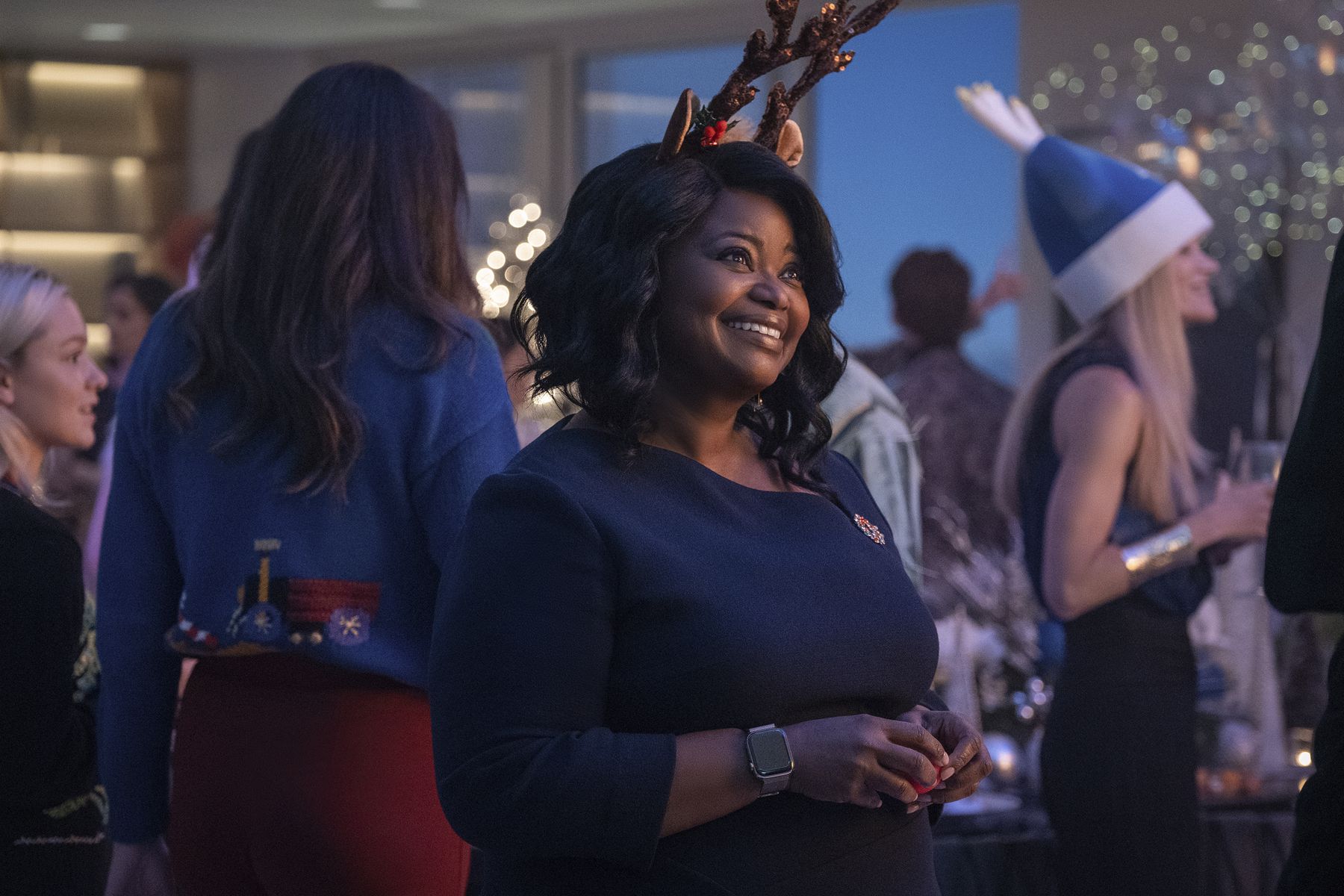 Octavia Spencer was in it to win it — and appeared to have a great time — as she faced off against Seth Rogen on Wednesday’s episode of “The Tonight Show Starring Jimmy Fallon.”

The two stars joined Fallon, host of the NBC talk show, and Tariq Trotter of The Roots, the show’s house band, for a round of “Catchphrase.” It’s a timed game that requires participants to give verbal and visual clues to a partner, trying to get him or her to guess a word or phase on a hidden card.

Spencer — who was promoting her new Christmas movie, “Spirited” — admitted to a bout of nerves just before the game started, but she soon got into the spirit of “Catchphrase,” shouting clues and receiving them with gusto. Fallon, Spencer’s partner in the game, gleefully egged her on.

Spencer, a graduate of Auburn University, didn’t credit her alma mater for her smarts — as Charles Barkley did recently when Shaquille O’Neal challenged him to an informal spelling bee — but she eventually aced the game. (To be fair, Rogen and Trotter had a terrible tussle with the phrase “pogo stick,” causing a burst of hilarity during the competition.)

Watch Spencer and Rogen play “Catchphrase” in the video below.

Spencer, 52, a Montgomery native, graduated from Auburn in 1994 with a bachelor’s degree in liberal arts. She has a long list of movie and TV credits, including roles in “The Help,” “The Shape of Water,” “Hidden Figures,” “The Witches,” “Green Book” and “Snowpiercer.”

The actress has received three Academy Award nominations, and won a Best Supporting Actress Oscar in 2012 for her portrayal of Minny Jackson in “The Help.” Spencer won a Golden Globe that year, as well, along with awards from the Screen Actors Guild, NAACP, National Board of Review and more.

Spencer plays a business executive who gets tangled in the storyline of “Spirited,” a modern-day take on “A Christmas Carol,” the holiday classic by Charles Dickens. The movie also stars Will Ferrell, Ryan Reynolds, Sunita Mani and Patrick Page. Fallon makes a guest appearance in the film as himself, according to the cast list on IMDB. Judi Dench also has a cameo.

“Spirited” is set for release on Friday, Nov. 11, in select theaters. The movie will make its streaming debut Nov. 18 on Apple+.