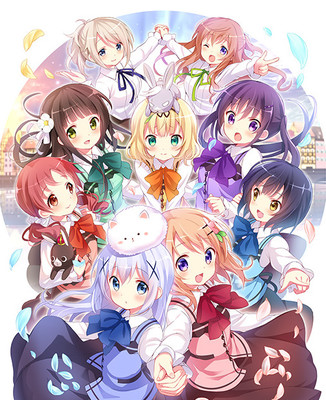 Muse Asia began streaming the television anime adaptation of Koi’s Gochūmon wa Usagi Desu ka? (Is the order a rabbit?) manga on YouTube on Monday. The channel is streaming an episode of the anime daily.

Cocoa will be attending her high school in a new town this Spring. She was lost in this new town, when by chance the cafe that she visits, “Rabbit House”, is actually the very cafe that she will be lodging in. She quickly broke the ice with the sole daughter of the proprietor of Rabbit House, Chino, and a part-timer, Rize. And thus, Cocoa’s new lively new life begins.