This year’s 50th issue of Shueisha‘s Young Jump magazine revealed on Friday that manga creator Midori Obiya launched a new manga titled Chigau Miyahara Omae Janai! (No Miyahara, It’s Not You!) on the same day on Shueisha‘s Tonari no Young Jump website. The manga will be a short mini-series. Obiya is writing the manga, and Tsumuri Fujitaka is drawing the art. 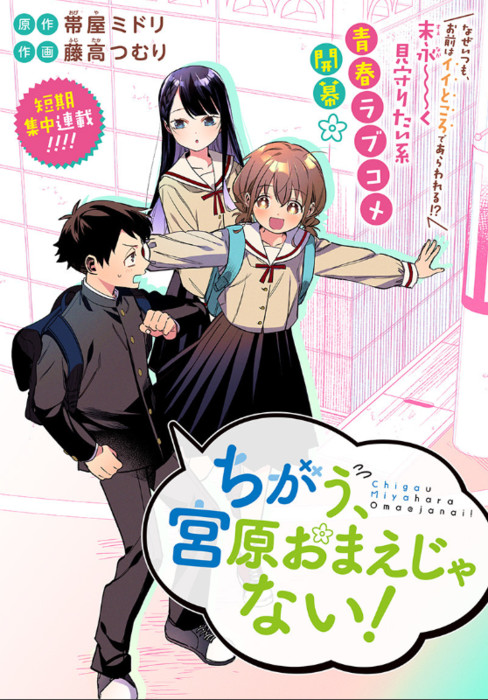 The manga centers on Arima, a boy who has a crush on a girl named Yukihira. But every time he tries to make a move to get closer to Yukihira, his other friend Miyahara just happens to be in the scene and will always mistakenly think that Arima is making a move on her.