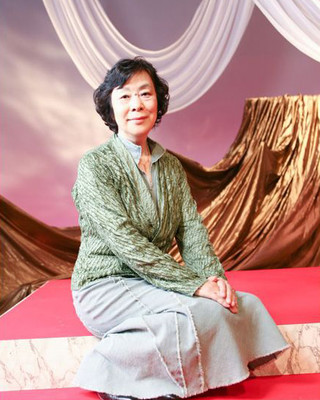 The Japanese government announced on Monday, Japan’s Culture Day, that it is awarding manga creator Moto Hagio (The Poe Clan, They Were Eleven) with The Order of the Rising Sun, Gold Rays with Neck Ribbon.

Hagio expressed that she was surprised to earn the award. She added that there is room for further research into shōjo and josei manga from a cultural history perspective. She hopes that her award will provide hope and encouragment to young creators.

Hagio is a pioneer of shōjo and shōnen-ai manga, and her works helped establish conventions of these and other fields. Hagio’s They Were Eleven, A Drunken Dream and Other Stories, A,A’, The Heart of Thomas, Otherworld Barbara, and The Poe Clan manga have English releases. Her Lil’ Leo manga shipped in English in 2021, and The Poe Clan manga started a new series in May.

Hagio received the Person of Cultural Merit honor from the Japanese government in October 2019. She also received the Asahi Prize for fiscal year 2016, and the Japanese government previously awarded Hagio with the Spring 2012 Medal With Purple Ribbon, which honors academic and artistic achievement. Hagio was the first shōjo manga creator to receive the award. The 2022 Will Eisner Comic Industry Awards inducted Hagio into the Will Eisner Comic Awards Hall of Fame during the Comic-Con International event in July. She had been nominated for three consecutive years.

The Order of the Rising Sun was founded in 1875 as Japan’s second highest state decoration. The Order’s eight classes, of which the Gold Rays with Rosette is the fourth, are awarded to Japanese citizens for civil and military merit, and to eminent foreigners for contributions to relations between Japan and other countries.

Other Japanese recipients include writer Eiji Yoshikawa, whose novel served as the basis of the Vagabond manga, and Akira Ifukube, who composed the music for the 1963 anime film The Little Prince, The Eight-Headed Dragon, and the original Godzilla movie. “God of Manga” Osamu Tezuka was decorated with the order posthumously in 1989.