Entertainment planning company Isaribi announced on Friday that the upcoming anime project for virtual YouTuber (VTuber) Kizuna Ai is titled Kizuna no Allele, and will premiere as a television anime in 2023. Kizuna Ai‘s original character designer En Morikura drew the below visual (first image below) for the anime, and Isaribi also unveiled a screenshot from the anime (second image). 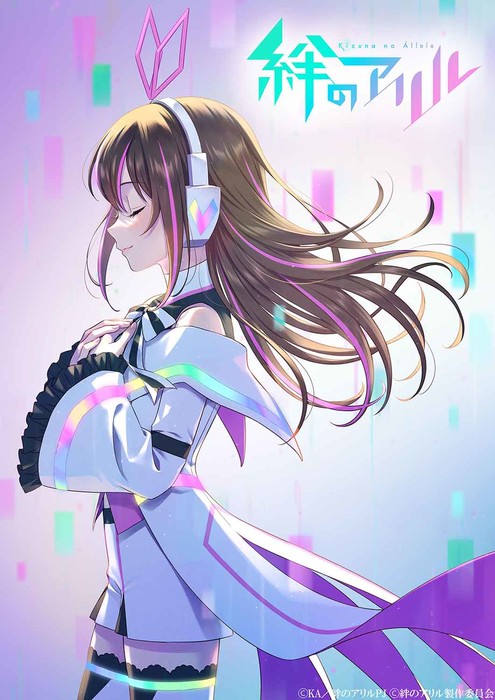 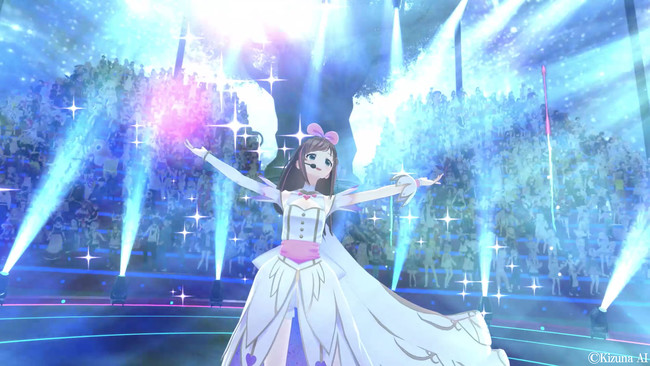 The Kizuna Ai YouTube channel “A.I.Channel” first launched in 2016. Since then, she has become the world’s most iconic virtual YouTuber and was on Newsweek Japan’s list of “globally respected Japanese people.” Her main channel has over 3 million subscribers, and her “A.I.Games” channel has over 1.51 million subscribers. She has since appeared in television programs and commercials, and performed as a musical artist.

In April 2020, Nozomi Kasuga signed on as an adviser at Kizuna Ai Co., Ltd. — thus formally confirming that she is the voice actress behind the character. The company was formed out of Activ8, the talent agency that managed Kizuna Ai and other virtual YouTuber talent.

Kizuna Ai voiced cameo roles in the Ingress and Magical Girl Site anime, and she also performed the theme song in the Laidbackers movie.

Kizuna Ai‘s staff billed the “Kizuna Ai The Last Live ‘hello, world 2022′” concert on February 26 as her final concert before she goes on an indefinite hiatus. The staff cited an update to “future activities with the goal of further developing Kizuna Ai” as the reason for the hiatus. The concert also unveiled Kizuna (#KZN), an original singing CeVIO AI. #KZN is “serving as a hub to connect with everyone and [support] Kizuna Ai and creators while she is asleep.” (CeVIO is a suite of software that includes voice synthesis.) Kizuna Ai‘s original character designer En Morikura designed the AI with character concept art by Keigo Inoue.