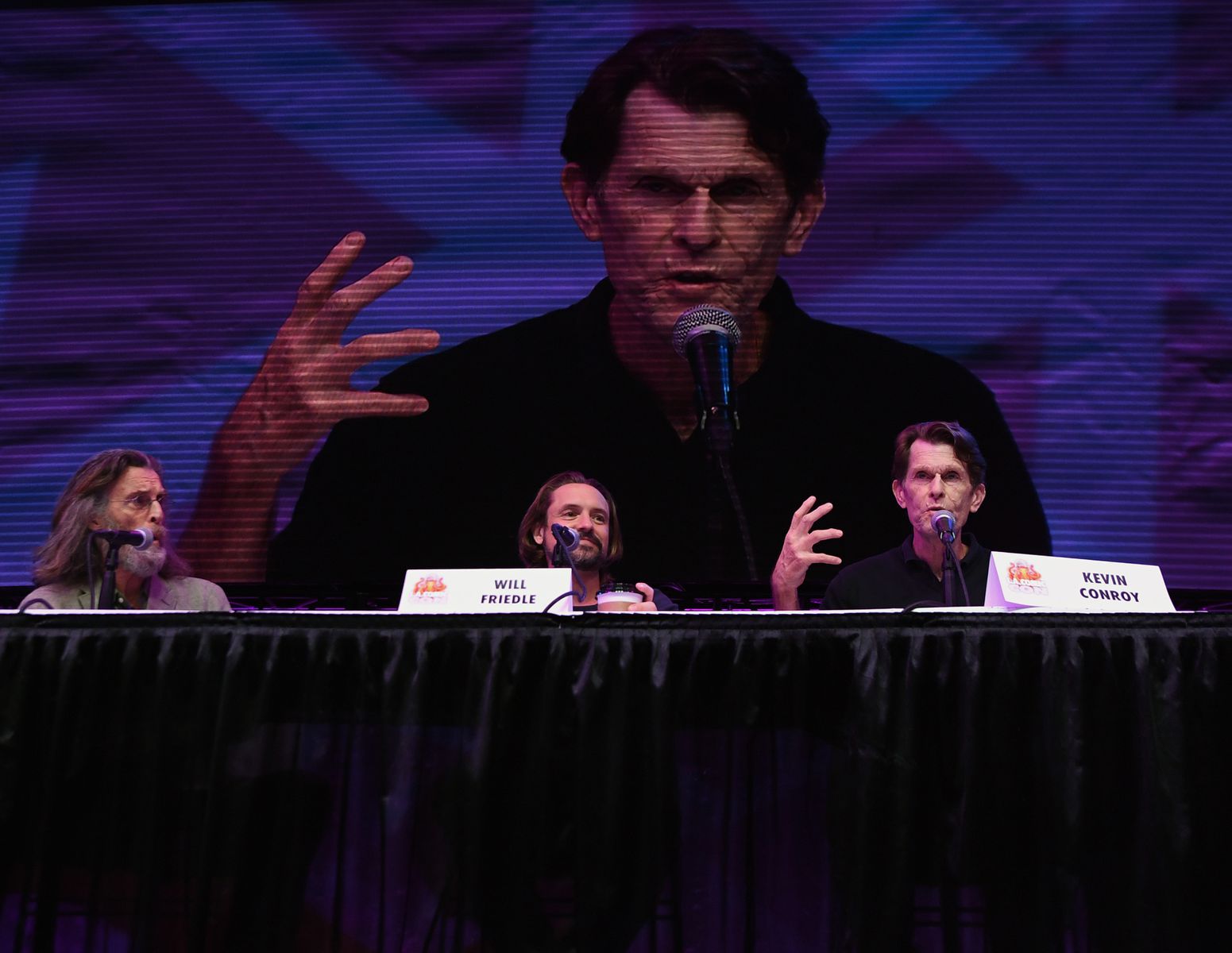 Kevin Conroy, the actor best known as the voice of the Caped Crusader in Warner Bros.’ “Batman: The Animated Series,” has died after a short battle with cancer, publicist Gary Miereanu confirmed Thursday. Conroy was 66.

Never mind the A-listers who played Batman in live-action movies and TV over the years: The Juilliard-trained actor became the quintessential voice of the character for a generation, starting with the 1992-1995 animated series and including nearly 60 other animated movies, TV shows and video games.

Conroy kept a firm handle on Bruce Wayne and his alter ego Batman over decades playing both of them — remaining the one constant in a changing franchise and a fixture at fan conventions.

“The character he evolves into as the Batman, to me that’s his comfort space,” Conroy told The Times in 2017. “To me, Bruce Wayne is the character, the costume.”

Among the highlights of his career were the 1993 animated movie “Batman: Mask of the Phantasm” and Conroy’s live-action appearance as Bruce Wayne in the Arrowverse’s 2019-2020 “Crisis on Infinite Earths” crossover event involving the CW shows “Supergirl,” “Batwoman,” “The Flash,” “Arrow,” “Black Lightning” and “DC’s Legends of Tomorrow.”

He also notably penned the story of his life in “Finding Batman,” which closes the DC Pride 2022 comics anthology, laying out the struggles he faced coming up as an openly gay man amid the HIV/AIDS crisis of the 1980s in an industry that was far less accepting of homosexuality than it is today. Conroy also mapped out how those factors shaped his Batman performances.

Those who knew him — or felt as if they did — remembered Conroy poignantly Friday for his kindness, decency, generosity of spirit and love of life.

“Kevin was far more than an actor whom I had the pleasure of casting and directing — he was a dear friend for 30+ years whose kindness and generous spirit knew no boundaries,” Andrea Romano, voice director on “Batman: The Animated Series” and many other DC animated properties, said in a statement. “Kevin’s warm heart, delightfully deep laugh and pure love of life will be with me forever.”

Mark Hamill, the “Star Wars: Episode IV — A New Hope” actor who redefined the Joker character playing opposite Conroy’s Batman, said in a statement that “Kevin was perfection. He was one of my favorite people on the planet, and I loved him like a brother. He truly cared for the people around him — his decency shone through everything he did. Every time I saw him or spoke with him, my spirits were elevated.”

“I struggle to find the words to describe how much Kevin Conroy and his voice mean to me. BATMAN TAS changed my life both professionally + personally, in a very real way,” DC Comics artist Mitch Gerads tweeted. “I always meant to meet him at a show and tell him how important his work was to me, but never did. Dammit.”

“Kevin brought a light with him everywhere,” Paul Dini, “Batman: The Animated Series” producer and writer, said in a statement, “whether in the recording booth giving it his all, or feeding first responders during 9/11, or making sure every fan who ever waited for him had a moment with their Batman. A hero in every sense of the word. Irreplaceable. Eternal.”

DC Comics said on Twitter, “DC is deeply saddened at the passing of Kevin Conroy, a legendary actor and the voice of Batman for multiple generations. He will be forever missed by his friends, family, and fans.”

Conroy was born Nov. 30, 1955, in Westbury, New York, and raised in Westport, Connecticut. He roomed at Juilliard with the late Robin Williams and studied alongside actors including the late Christopher “Superman” Reeve and Frances Conroy of “Six Feet Under” (no relation). The late John Houseman was among his instructors.

He started as a stage actor on Broadway and at San Diego’s Old Globe Theatre, and played the title role in “Hamlet” at the 1984 New York Shakespeare Festival. Conroy could also be seen in soap operas both daytime and nighttime — think “Dynasty” — and had guest roles on sitcoms including “Cheers” and “Murphy Brown” and dramas such as “Spenser: For Hire” and “Matlock.”

But it was his nuanced voice performance as the Caped Crusader that won him an abiding place in superhero fans’ hearts. He appeared as the character in nearly 400 episodes spanning more than 100 hours of TV, and also left his mark on video games.

“Kevin was a brilliant actor,” Hamill continued. “For several generations, he has been the definitive Batman. It was one of those perfect scenarios where they got the exact right guy for the exact right part, and the world was better for it. His rhythms and subtleties, tones and delivery — that all also helped inform my performance. He was the ideal partner — it was such a complementary, creative experience. I couldn’t have done it without him. He will always be my Batman.”