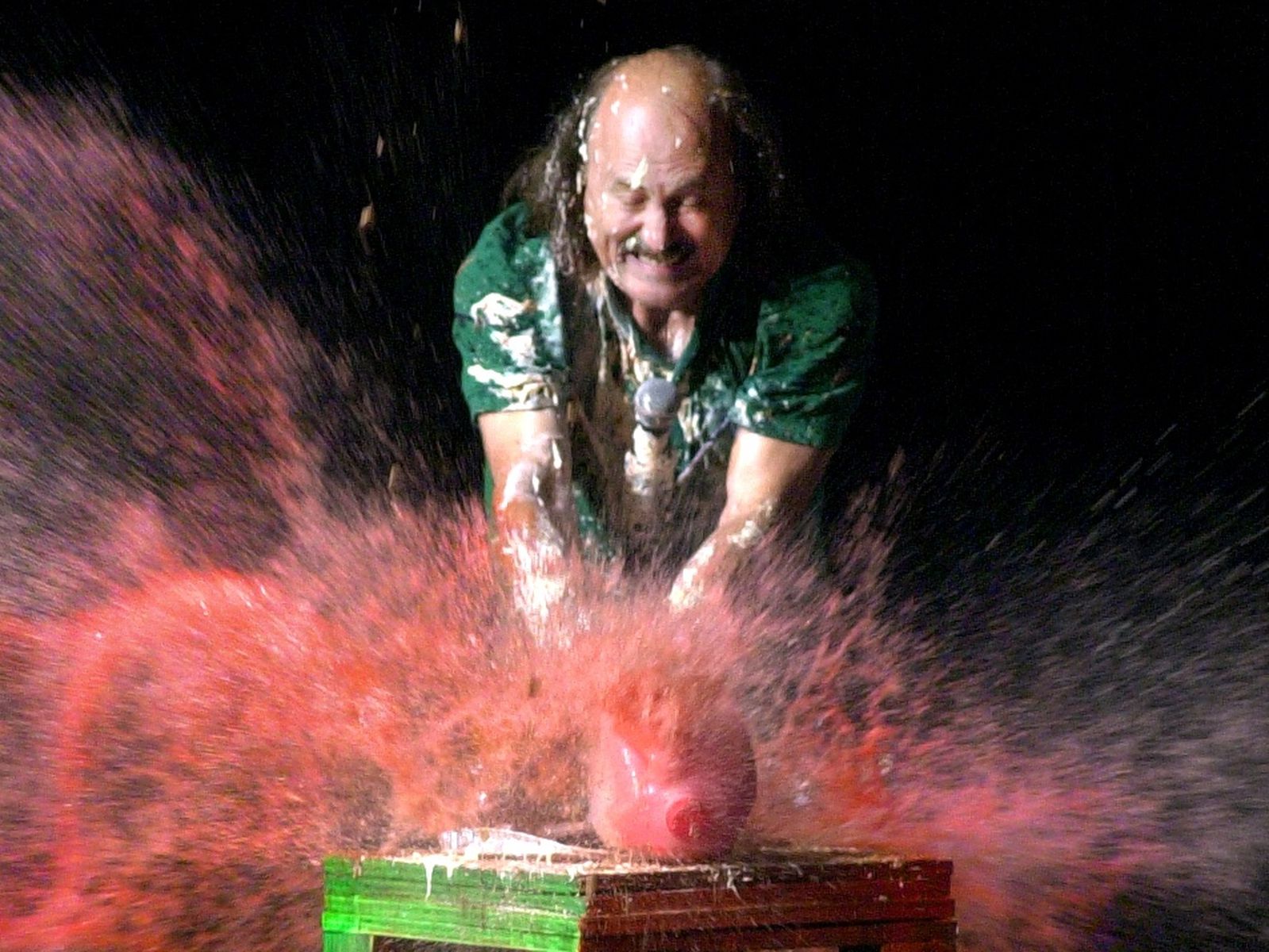 Leo Gallagher, the standup comedian who famously smashed watermelons and other food items on stage during his routine, has passed away.

Gallagher died surrounded by family in Palm Springs Thursday after “a short health battle,” according to The Hollywood Reporter. The report says he also previously suffered multiple heart attacks.

Born in Fort Bragg, N.C., Gallagher grew up on Ohio and Florida and graduated from the University of South Florida with a chemical engineering degree.

He began performing standup comedy during the late 1960s, eventually appearing on “The Tonight Show with Johnny Carson” during the 1970s and many other talk shows in subsequent years. He became a prominent touring comedian during the 1980s and would perform 12 comedy specials for Showtime.

He even ran for governor of California in the 2003 recall election.

His routine would always culminate with the “Sledge-O-Matic” bit wherein he would use a large wooden mallet to smash various food items including watermelon, which would spray on to audience members sitting in the front rows at his shows. Many would even wear ponchos to avoid the mess.