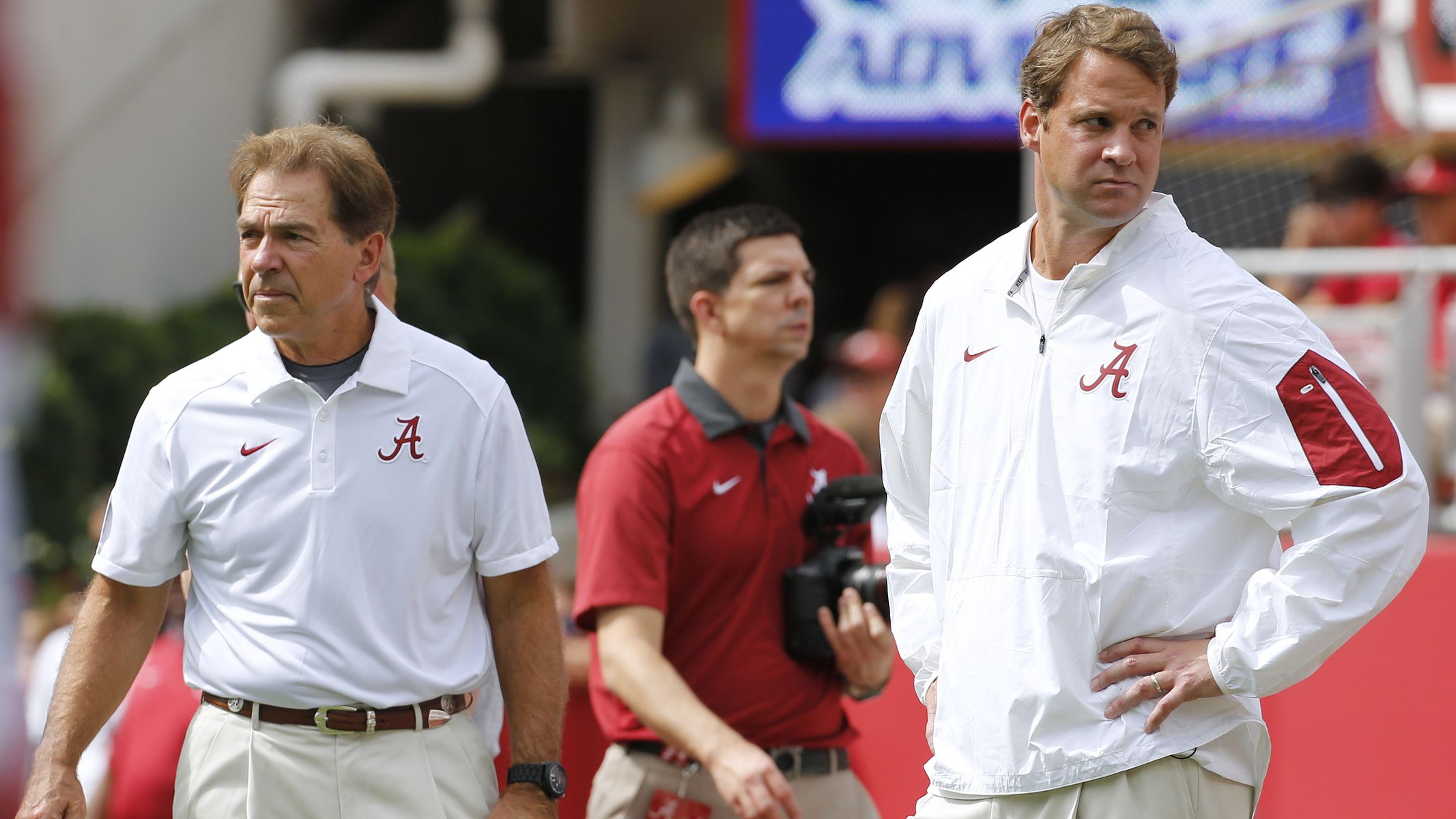 Lane Kiffin has been defending the honor of Nick Saban and his dynasty lately, calling Saban his “good buddy” and talk of Alabama’s downfall “ridiculous.”

But let’s not confuse that goodwill for a coach who isn’t savoring the opportunity this Saturday to become the latest Saban assistant to beat the former boss.

When Ole Miss hosts the Tide, Kiffin could join Jimbo Fisher and Kirby Smart to become the third ex-Saban assistant to beat him in the past 14 months. Before that, Saban was 24-0 against his head coaches who once worked for him.

Kiffin, who was once fired by Saban days before a national championship game, attempted a mic-drop “get your popcorn ready” moment before last season’s game in Tuscaloosa. That attempt fell flat, but this appears to be a more vulnerable moment for Alabama as it travels to Oxford.

And that raises another point: how will this Alabama team responds after two regular season losses, something the program has not experienced this early since 2010?

“Every time a team loses two games, everybody says that team is like done. It’s really just the opposite,” Saban said almost a year ago. “Texas A&M lost two games before we played [in October 2021]. I said it’s a dangerous team. Aight? Because these guys have pride in performance, they want to have a good team. They’ve had two disappointing losses — that makes them dangerous. They’re humiliated by what’s happened the last two games. Same thing when we played LSU [in November 2021]. Everybody says, ‘Oh, they lost two games, they’re not any good anymore. We’re just going to blow them out.’ It’s just the opposite. It’s just the opposite of that.

“They’re competitors. They have moms and dads. They have pride in performance. They have things that they want to accomplish and they want to do, and they want to be good. Aight? They don’t just throw in the towel. They work harder to try to get better. Everybody wants to beat us, so we’re going to get everybody’s best game. I don’t know why people can’t understand that.”

Will Alabama play like one of those two-loss teams this weekend?

“I think it’s a challenge for all of us to have pride,” Saban said Monday. “We’re going to play a good team this week and I’m sure they’re going to want to put up on their mantle, ‘We beat Alabama,’ too. So it’s just a matter of whether we’re going to let that happen, or we’re going to go do everything we can to try to avoid it, because Ole Miss has a really good team.”