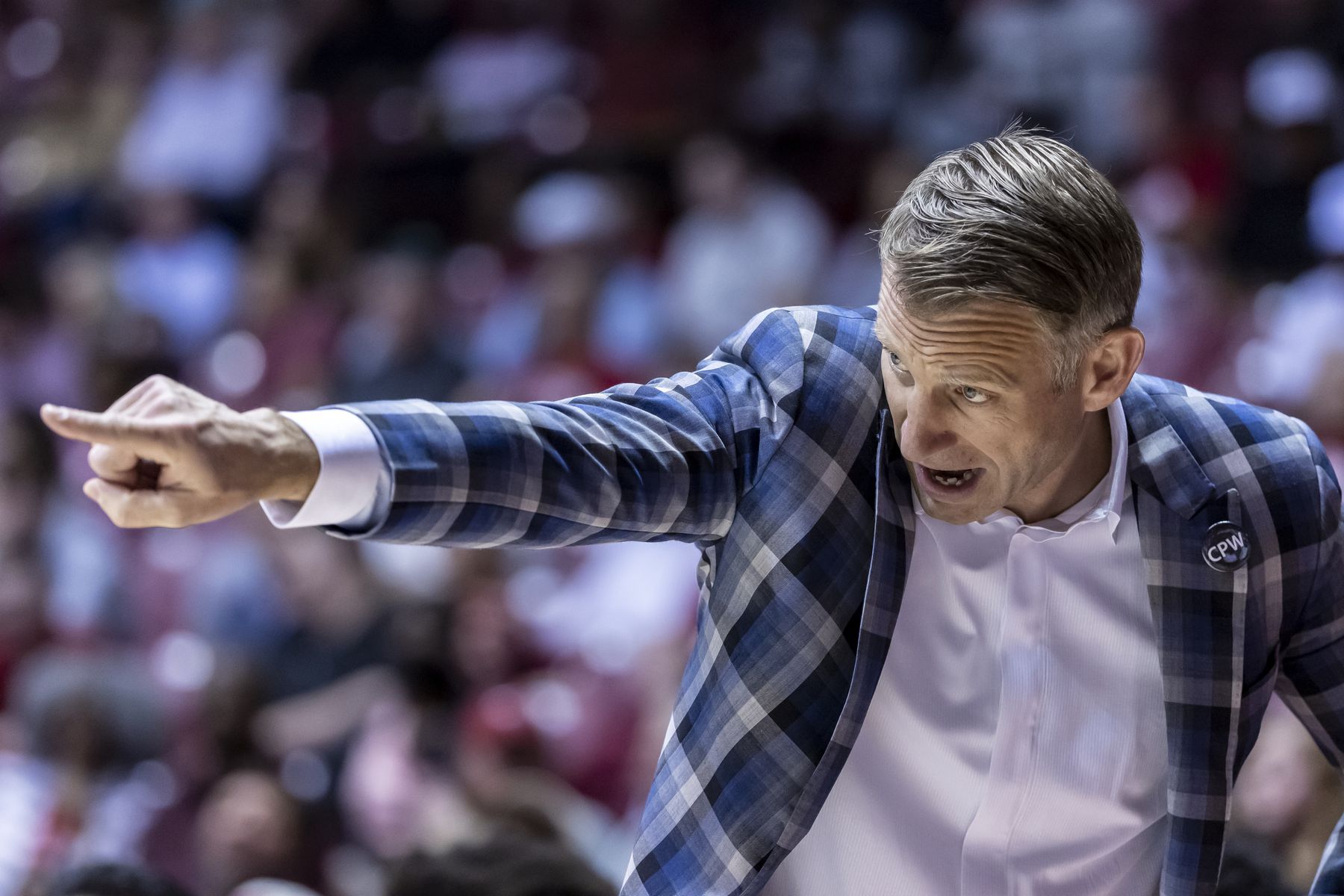 Alabama’s coming off a win that can be described in a few ways.

Beating Longwood, an NCAA tournament team last year, with a 75-54 final was probably reassuring for fans who saw last season slide right into the ocean.

This was almost a completely rebuilt Crimson Tide roster that played a very different looking game. They’re long and aggressive on defense whose 67 rebounds bettered last season’s best performance by 15.

The next challenge is a 7 p.m. CT Friday visit from a Liberty team picked to win the Atlantic Sun Conference.

There was just one little thing missing from the Monday opener, and it was a major issue last year.

No. 20 Alabama made just 3 of 28 shots from 3-point range Monday night in Coleman Coliseum. Pair that with a 3-for-22 afternoon in a scrimmage win over Southern Illinois and the Crimson Tide is shooting just 12% from the perimeter against outside competition.

“One game is hard to call a slump,” he said Thursday. “But we stressed moving the ball a little bit more. Let’s get better shots. If you look at the guys who took a lot of the shots and missed them, I mean Rylan (Griffen) freshman, Brandon Miller freshman, Nimari Burnett, first game in about two years.

“I didn’t make a big deal of it. I told our guys I’ve seen them make enough shots in practice, the foreign trip. I’m not too worried about the shooting. As long as we get good shots, we’ll shoot a decent percentage.”

A year ago, a much different roster shot just 30.9% from the perimeter to rank 307th nationally. That was down from the 35.2% from the SEC title team that played in the Sweet 16 a year earlier.

Freshman Noah Clowney had one of the three made shots Monday.

Against Liberty, Oats expects a contrasting style that’ll be designed to neutralize some of Alabama’s extreme height advantage. This is a team that’ll work late into the shot clock to shorten the game against an Alabama team built much differently from the Flames.

“They play super slow and take late into the shot clock,” he said. “They’ll test your defense for the full 30 seconds of the clock. Whether you have length or not, if you make a mistake, they’re going to make you pay. We’ve got a lot of young freshmen and inexperienced guys that it’s going to be hard for them to guard the full 30 seconds.”

Alabama will be without guard Dom Welch for a second straight game, Oats said. The St. Bonaventure transfer was out for the opener with an undisclosed injury and will miss the Liberty game Friday. The hope is to get him back in playing shape before next week’s games at South Alabama on Tuesday before playing host to Jacksonville State on Friday.