NIS America announced on Thursday that it will release Nippon Ichi Software‘s void* tRrLM2(); //Void Terrarium 2 sequel game for Nintendo Switch and PlayStation 4 on February 28 in North America and March 3 in Europe and Oceania. The company streamed a story trailer:

The game is a sequel to Nippon Ichi Software‘s void tRrLM(); //Void Terrarium (void tRrLM(); //void teRraLiuM) game, and shipped in Japan for the PS4 and Switch on June 30. NIS America describes the game:

Immerse yourself in a dystopian world contaminated with toxic fungi, where a robot watches over the last surviving human. Nippon Ichi Software presents the second installment in the Void Terrarium series which follows the aftermath of the defeated cloudAI’s plot to resurrect humanity.

Robbie the robot and his human friend, Toriko, have been able to live peacefully until she fell ill to a deadly new disease. In order to save her, Robbie must venture into the past and search the remnants of cloudAI’s memories to find clues about this mysterious illness in order to ensure the survival of the world’s last human.

NIS America‘s release will have a deluxe edition, which includes a soundtrack, acrylic standee, art card, and a collector’s box. 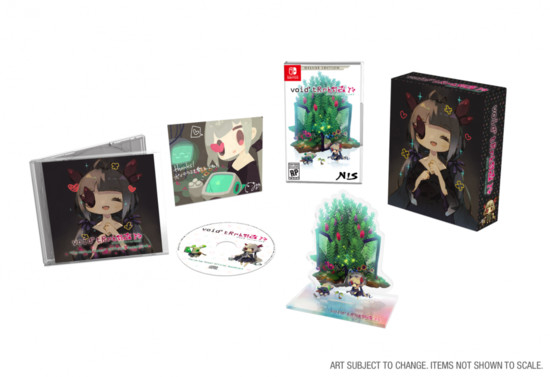 The roguelike game set in a ruined world centers on Toriko, the last human girl left in the world, and her robot assistant. Players play as the robot assistant and venture into the outside world where Toriko cannot travel to. Players enter procedurally generated dungeons to gather items and help Toriko.

Masayuki Furuya, the director of the htoL#NiQ: The Firefly Diary game, directed the game and designed the characters. Hajime Sugie composed the music.