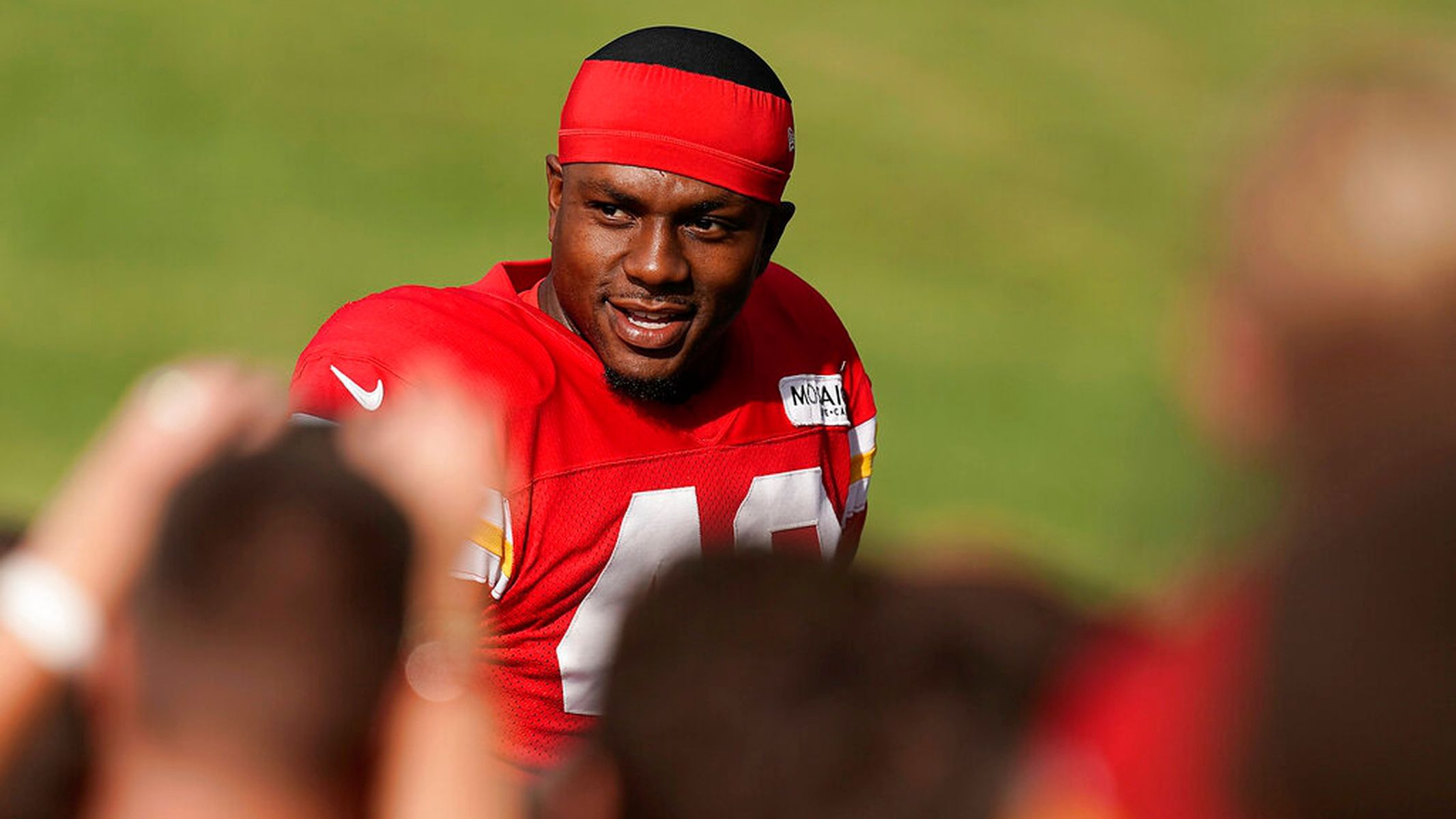 Running back Derrick Gore joined the New Orleans Saints’ practice squad on Wednesday after a tryout on Tuesday.

The former Alabama ball-carrier had been out of football since the Kansas City Chiefs released him from injured reserve on Aug. 25 with an injury settlement. Gore had joined IR two days earlier with a thumb injury.

· SAIVION SMITH ON THE MEND AFTER ‘SCARIEST THING OF MY LIFE’

Gore comes aboard for the Saints with another former Alabama running back, Mark Ingram, out of action after sustaining an MCL sprain in New Orleans’ 24-0 victory over the Las Vegas Raiders on Oct. 30.

Each week, each NFL team can elevate two practice-squad members to make them eligible to play.

As a walk-on at Alabama, Gore gained 108 yards on 24 rushing attempts in the 2015 and 2016 seasons. He scored once for the Crimson Tide, running 10 yards for a touchdown in Alabama’s 54-16 victory over Florida in the SEC Championship Game on Dec. 3, 2016. Gore also blocked a punt in that game, and Josh Jacobs picked up the bouncing football and returned it for a Tide touchdown.

After transferring to Louisiana-Monroe, Gore ran for 1,247 yards and 12 touchdowns on 295 carries and caught 34 passes for 254 yards and one TD in two seasons before trying to catch on in the NFL as an undrafted rookie in 2019.

In 2019 and 2020, the Los Angeles Chargers signed and released Gore four times, and he had a December 2019 stint on the Washington Redskins’ practice squad in the middle of those.

Gore started the 2021 season on the Kansas City practice squad, but he joined the Chiefs’ active roster on Oct. 12 and made his NFL regular-season debut on Oct. 17. Camila Cabello Gets Booed On ‘The Voice’ After She Shades Blake Shelton: Watch Latest News