The official website for the live-action film based on Hikaru Nakamura‘s Black Night Parade comedy manga unveiled a new trailer and poster visual for the film on Thursday. The trailer reveals and previews the film’s theme song “Shirayuki” (White Snow) by Eve. 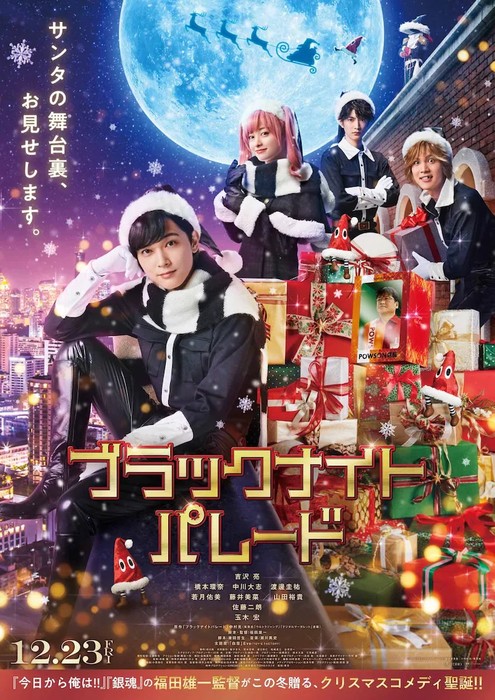 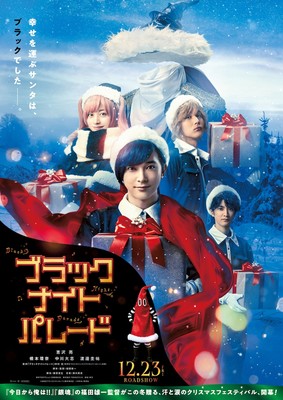 The story follows Miharu Hino, a young man who could not get into college or a steady gig, so he ends up spending every day at his part-time convenience store job. However, this man who is good for nothing somehow lands a job via “Black Santa Claus” at a company that delivers terrible presents to naughty children. (“Black companies” is a Japanese slang for exploitative workplaces.)

Yūichi Fukuda (live-action Wotakoi: Love is Hard for Otaku, Gintama, HK/Hentai Kamen) is directing the film and co-writing the screenplay with Tetsuo Kamata.

Nakamura is also currently drawing the Saint Young Men manga series, which started in 2006. The story follows the everyday lives of Jesus Christ and Gautama Buddha, who are roommates living in an apartment in Tokyo. A two-volume original anime DVD project produced by A-1 Pictures shipped in 2012 and 2013, and the manga also inspired an animated film in 2013. The manga has since inspired a live-action adaptation.

Nakamura’s previous work includes Arakawa Under the Bridge, which ran from December 2004 to July 2015. The manga series has spanned 14 volumes and inspired two television anime series, a live-action television series, and a live-action film. Vertical licensed the manga, and is releasing it in omnibus volumes.

Nakamura also illustrated NisiOisin‘s Juni Taisen: Zodiac War novel. Viz Media released the novel in October 2017, and it inspired aa television anime. Crunchyroll streamed the anime as it aired in Japan, and Funimation streamed a dub. The book received a sequel in December 2017.