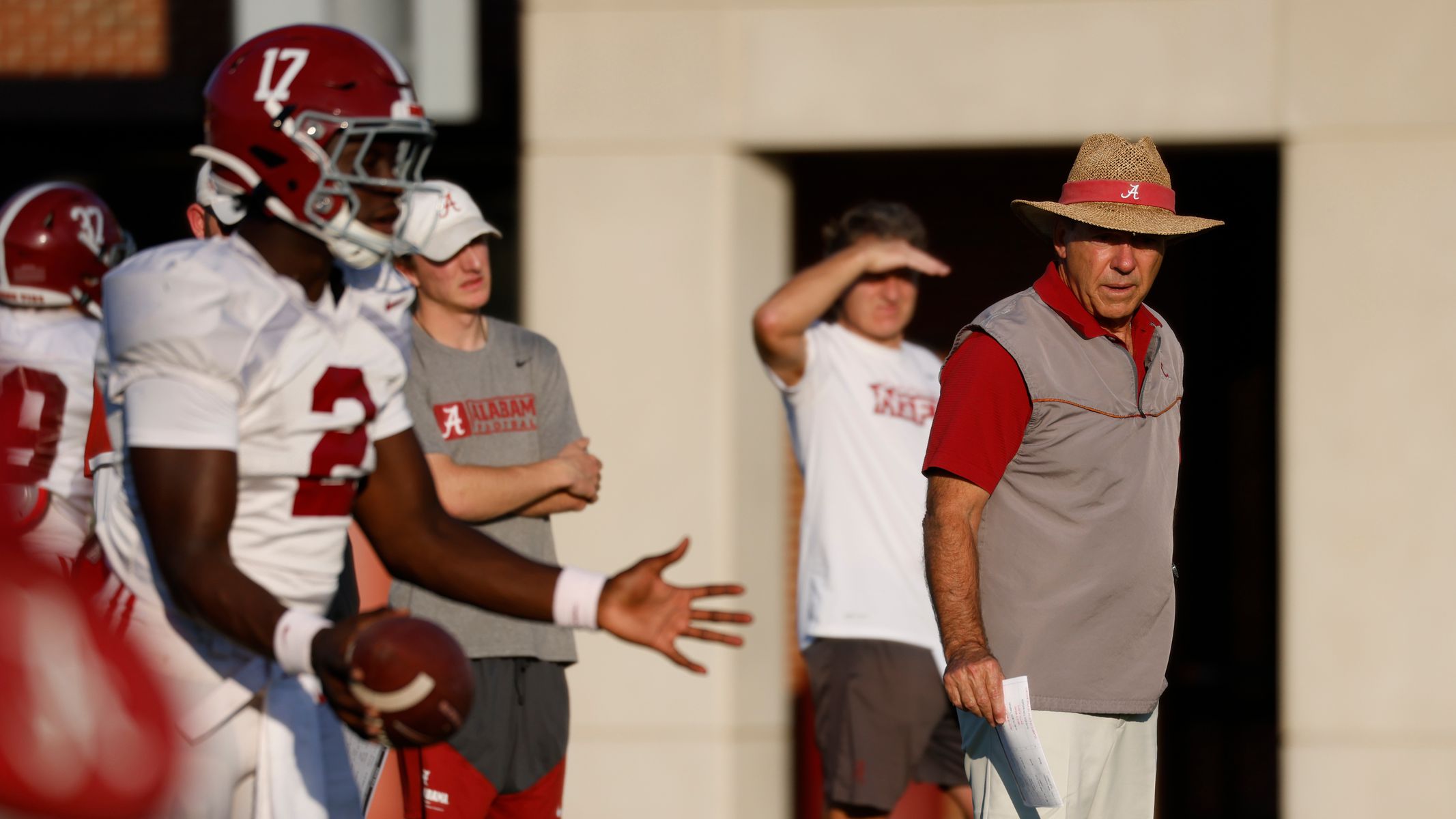 Stepping to the podium after Wednesday’s practice, Nick Saban said he liked the way his team looked out there.

Coming off a second loss in three games that knocked Alabama from playoff contention, finding the motivation for the final three-game stretch beginning with Ole Miss has been a lingering question with this team.

But can Saban tell how a team will play based on a few days of practice leading into a game?

“No, I can’t tell,” Saban said. You hope that when guys practice well — and I believe in this — that they will play better in the game. But there’s so many things that happen in the game that you have to be able to maintain your individual momentum to be able to play the next play and execute when your best is needed.

“I mean, when an ‘Oh shit’ moment comes up in the game, you gotta be able to play the next play just like you gotta do the same thing in life. We all have issues and things that happen in our life. Some we create, some we don’t create (but) we still have to deal with, but you gotta have the right mindset to be able to sustain the right energy level and regain momentum when those things happen. And that’s one of the things that we need to get better at.”

Saban last Wednesday said he liked what he saw from his team in practice leading into a trip to LSU that ended in a 32-31 overtime loss.

“We talk all the time about playing one play at a time for 60 minutes in the game like it has a history and a life of its own and no matter what happened on the last play, focus on the next play,” Saban said. “Don’t look at the scoreboard, don’t worry about the outcome — just do the things you need to do to get the outcome that you want. And that’s something that we need to improve on and it’s something that’s been harped on all year long.

“So even if you practice well, if you don’t go in the game with the right psychological disposition to sustain momentum and how you play play-in and play-out even when things go bad, even when you’re playing on the road — it doesn’t matter where you’re playing — then you’re not going to be able to maintain the kind of focus you need to be able to execute.”

Alabama will face No. 11 Ole Miss at 2:30 p.m. CT in Oxford in a bid to avoid its first three-loss season since 2010. Lane Kiffin’s group is coming off an open week after losing to the same LSU team that beat Alabama last Saturday.