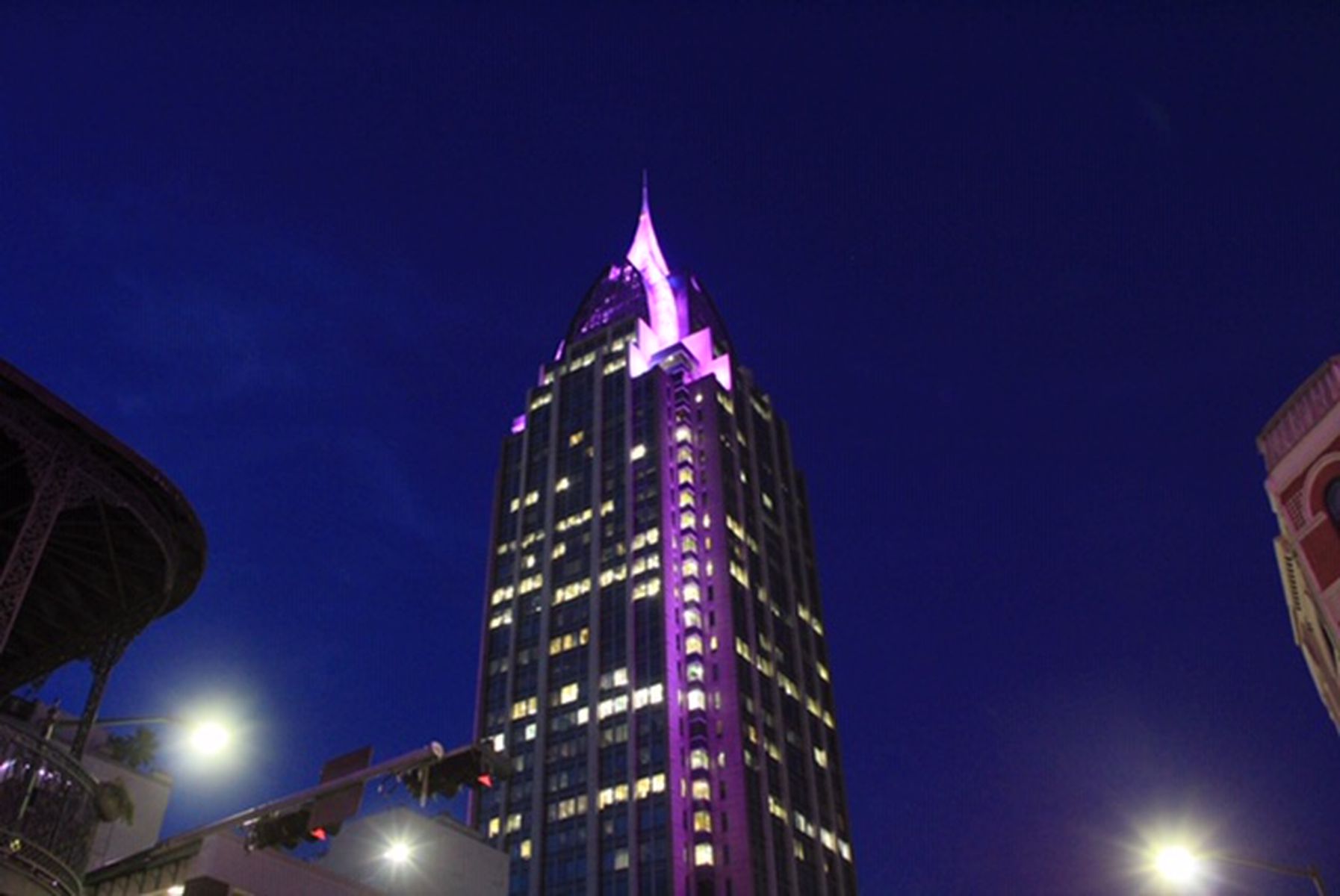 Six buildings in two Alabama cities will light up on Friday night as part of a national effort to recognize the 240th anniversary of the inception of the Purple Heart Award, America’s oldest military award.

The buildings will be illuminated in purple or alternatively in red, white and blue as a show of national unity and support of military heroes. Altogether, more than 50 buildings across more than 30 cities will participate in the “Light to United” National Day of Unity sponsored by the National Flag Foundation (NFF), a Pittsburgh-based non-profit that is dedicated to education about the American flag and honoring those who have served to support the country and its national symbol.

“The NFF sees this year’s Veterans Day as a unique opportunity to unite all Americans in these historically challenging days,” said NFF chairman Romel Nicholas. “At the same time, the NFF seeks to honor those men and women who have sacrificed their well-being, and in many cases, their lives, for our nation.”

Nicholas said that in addition to lighting the buildings, the NFF is encouraging all Americans to rally together by making a “special effort to fly the American flag” on Friday.

The NFF’s efforts are being supported by affiliates with the Building Owners and Managers Association International (BOMA) and the Society of Industrial and Office Realtors (SIOR) across the U.S. Other supporting organizations include the Military Order of the Purple Heart, Marine Corps League, and the United Steelworkers.

“The effort to publicly and visibly honor veterans and Purple Heart recipients reminds all of us of the commitment and sacrifice necessary to protect our freedoms,” said David Schiller SIOR with New York-based Cushman & Wakefield Pyramid Brokerage. “We ‘Light to Unite’ as a solute to our veterans and Purple Heart recipients and thank the participating building owners across the USA.”

The participating Alabama buildings include:

The Alabama sites will participate in a lighting that includes landmark buildings such as the Willis Tower in Chicago, One World Trade Center in New York City, and the Philadelphia International Airport.

The Light to Unite is the culmination of a year of initiatives by NFF to mark the 240th anniversary of the Purple Heart’s inception. Other notable events: When will we ever learn the fate of Oceanside? Latest News