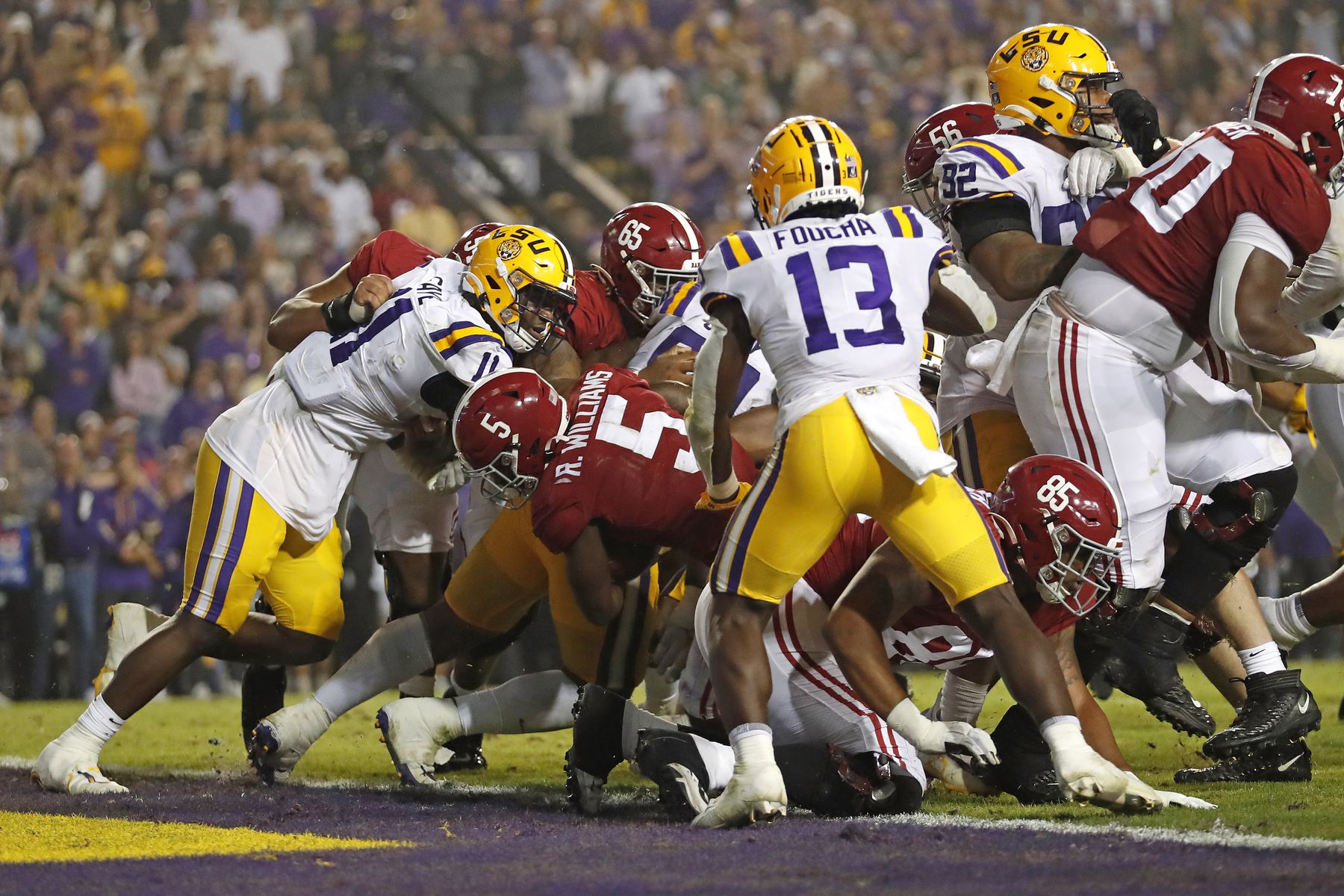 The stat line was straight out of a fullback hall of fame. Viewed without context, it might look like Roydell Williams had a mediocre night in Tiger Stadium.

Look closer and you see Alabama might have a solution to its short-yardage rushing issues in a non-traditional package. In a backfield that lacks some of the beef from previous versions, the 5-foot-10, 212-pounder from Hueytown gained the necessary but difficult yards at LSU.

That included two fourth-and-one conversions on a single third-quarter drive and a pair of punch-in touchdowns. His 1-yard score in overtime gave the Crimson Tide the touchdown advantage before LSU countered with a two-point conversion for the win.

“My role, I feel like my role is pretty big as you saw on Saturday, came in and punched it in on those short and goals and fourth downs,” Williams said Tuesday, “and I just feel like the role for all of us, it’s a big a role.”

A junior coming off a torn ACL last fall, Williams has been the third option at running back behind Jahmyr Gibbs and Jase McClellan. His season totals include 38 carries for 158 yards (4.2 average) with three touchdowns. His longest carry of the year is 16 yards after breaking off a 55-yarder last year when averaging 5.9 yards a carry.

Alabama had 6-1, 225-pound Brian Robinson last year when it needed hard yards but this year’s backfield doesn’t have the same size. Leading rusher Gibbs is 5-11, 200 pounds and runs better on the perimeter than between the tackles. McClellan has size similar to Williams at 5-11, 212 pounds.

And unlike with the last few generations of quarterbacks, Alabama hasn’t asked 6-foot, 194-pound Bryce Young to attempt QB sneaks under center when needing short yardage.

The power running numbers reflect some of the issues Alabama’s had when needing tough yards. It ranks 72nd in power success rate, defined by FootballOutsiders.com as the “percentage of runs on third or fourth down, two yards or less to go, that achieved a first down or touchdown.”

Just two years ago with Najee Harris in the backfield and a Joe Moore Award offensive line clearing the way, Alabama was No. 5 with a power success rate of 90.3%, according to FootballOutsiders.

Against LSU, Alabama was 5-for-7 in power rushing situations with Williams getting those hard yards.

“Roydell is a strong, powerful back,” left guard Javion Cohen said. “I think people see that and forget he can be agile and cut as well but it was huge. Putting his head down and rolling in like the bowling ball he is, we’re grateful to have him as a running back on our team.”

“Go get it. You’ve got to go get it. It got to be done,” he said. “When they are putting me in situations like that, you trust me and it’s a trust situation in that deal. It has to be done. That’s all.”