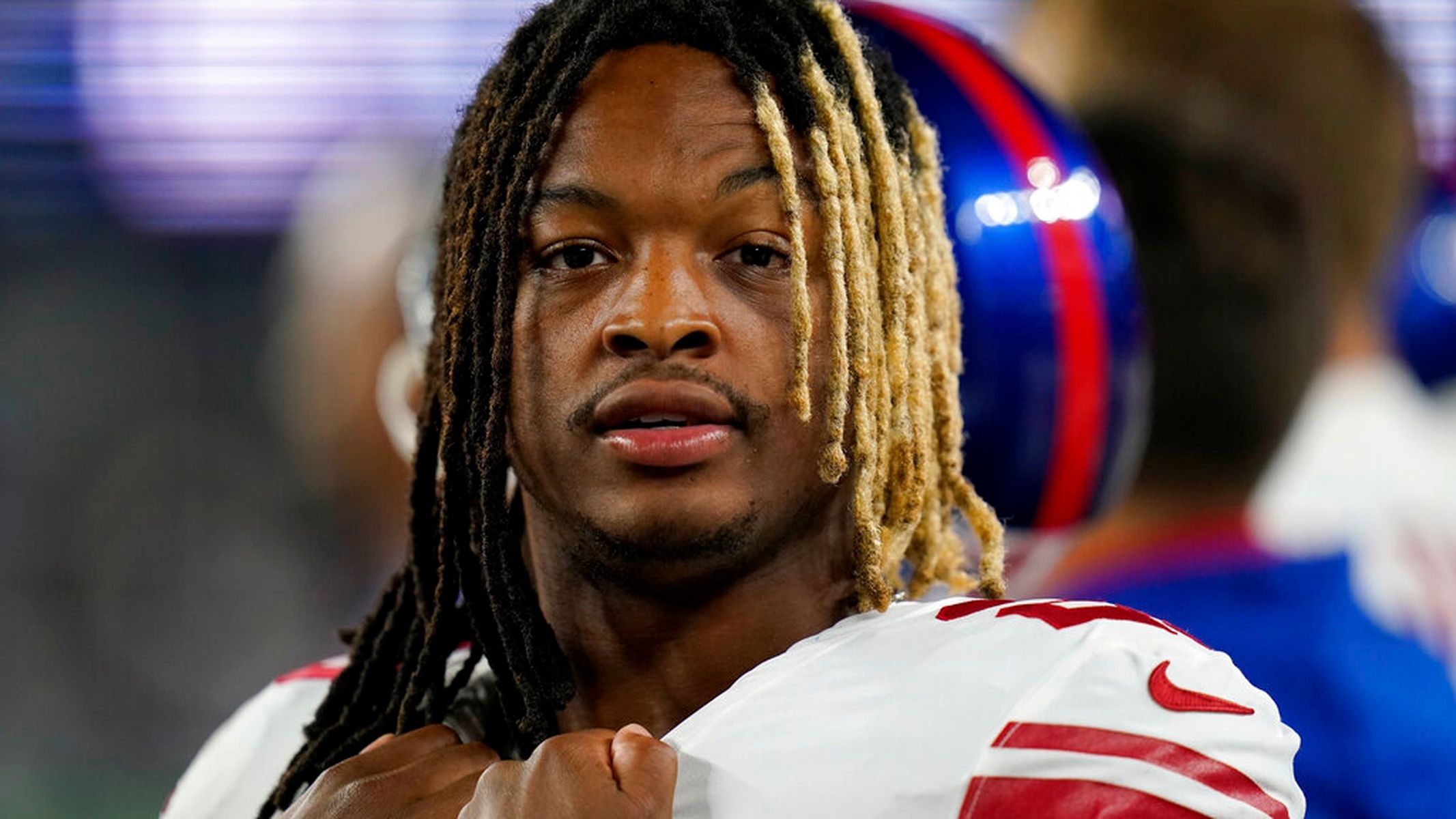 Safety Xavier McKinney said he broke “a couple” of fingers during the New York Giants’ bye week, and he doesn’t know when he’ll be back in the NFL team’s lineup.

The Giants placed McKinney on reserve/non-football injury on Monday, so he must miss New York’s next four games. The earliest he could return would be Dec. 11, with five games remaining in the season.

“No timeline on it,” McKinney told reporters on Tuesday. “I’m just trying to take it day-by-day, do what everybody is asking me to do. That’s what I’m here for. I’ll be fine.”

· AMARI COOPER PUTS HIS ‘ABOMINATION’ BEHIND HIM

Initial reports indicated McKinney had gotten hurt in an ATV accident while at Cabo San Lucas, Mexico. The former Alabama standout said he was injured on a sightseeing tour on Nov. 2.

“I got into a Can-Am accident,” McKinney said. “I kind of just flipped over — not flipped over but tilted over, fell on my hand. That’s basically what happened. …

“He never had to apologize to us,” Love said of McKinney’s injury. “He just said what it is. He called me and told me what it was whenever it happened. It’s tough. You can look at it from a team perspective, it’s tough. But I looked at it right away from a personal perspective and made sure he was all right and everything. That’s a scary thing on a trip and you get hurt, you’re injured. But it’s part of life, part of the situation. I think all of us took it with a grain of salt and just moved forward.”

McKinney had played every defensive snap in the Giants’ eight games this season, just as he did in the final 14 games of the 2021 campaign.

“He’s a rising star in this league,” Love said. “It’s tough to replace. He’s a guy who’s been holding down the deep part of the field for us, is able to do some good things for us to play fundamental football. I think the emphasis has to be on guys just to not let it feel like there’s such a big hole. That’s going to take, honestly, a community of guys right now to step up and fill the roles that he’s been able to play this season and past year.”

The Giants return from their bye at noon CST Sunday, when the Houston Texans visit MetLife Stadium in East Rutherford, New Jersey.

McKinney said “it hurts” not to be able to play.

“These guys, we’ve put in the work,” McKinney said. “Countless amount of hours together. I know what I put into this game. I know how much we have collectively as a group put into what we’ve done to build where we’re at now. It hurts a lot for me. Mental rollercoaster for me, but I’m going to continue to be here for my team, I’m going to continue to lead how I do and just make sure that I can be able to help.”

McKinney said he was not aware of the prohibition in his contract against ATV use, but he did know that NFL teams do not have to pay players while they’re on reserve/NFI.

When asked if McKinney would return this season, Daboll said: “We’ll see.”

McKinney joins another former Alabama defensive back, Aaron Robinson, on the sidelines for New York. Robinson has not played since Oct. 2 because of a knee injury and is on reserve/injured.

Daboll termed it “doubtful” that Robinson would return this season.

When the Giants placed McKinney on reserve/NFI on Monday, they also put defensive lineman Nick Williams on reserve/injured because of a biceps injury sustained in New York’s most recent game.

Daboll said the former Minor High School and Samford standout would miss the remainder of the season. Harry Collett: 5 Things About The Breakout Star Playing Jace In ‘House Of The Dragon’ Latest News