Bandai Namco Entertainment began streaming a trailer for its remaster of the Tales of Symphonia role-playing game, and it reveals that the game will launch for Nintendo Switch, PlayStation 4, and Xbox One on February 17, 2023.

The Bandai Namco store still lists the game’s release for all three consoles as March 31.

The Bandai Namco store is accepting pre-orders for the Tales of Symphonia Remastered: Chosen Edition for all three console ports. The Chosen Edition includes the base game, an exclusive metal case, and additional art prints and stickers for US$49.99. 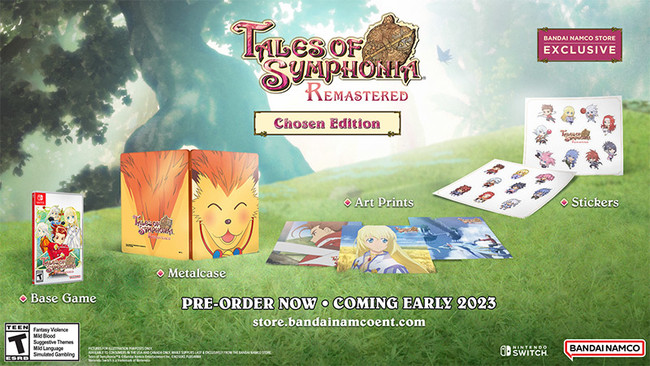 In a dying world, legend has it that a Chosen One will one day rise from amongst the people and the land will be reborn. The line between good and evil blurs in this epic adventure where the fate of two interlocked worlds hangs in the balance. Follow the journey of Lloyd Irving as he and his friends try to save both worlds.