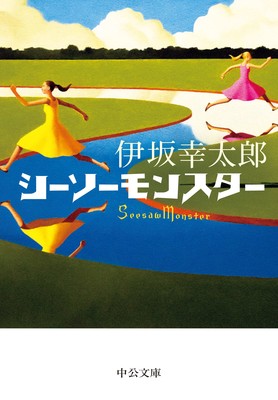 Netflix announced on Tuesday that it is producing a live-action film adaptation of author Kōtarō Isaka‘s Seesaw Monster novel. Anne Hathaway and Salma Hayek Pinault will star in what Netflix describes as a comedy thriller. Olivia Milch (Ocean’s Eight, Dude) is penning the script.

Isaka’s novel contains two short stories, titled “Seesaw Monster” and “Spin Monster,” which are connected but set in different eras. “Seesaw Monster” is set in the late Showa era, at the height of Japan’s economic bubble period, and begins with Mieko, the wife of a former journalist, having a fight with her mother-in-law Setsu. “Spin Monster” is set in 2050, in a world where analog technology has come back into vogue. A courier named Mito becomes involved in a big incident involving the letter of a genius engineer.

Isaka released the novel in Japan in April 2019. The novel also has a new bunko edition that shipped on October 21.

Isaka’s Bullet Train (Maria Beetle) novel inspired a Hollywood film adaptation starring Brad Pitt that opened on August 5. The novel debuted in Japan in 2010, and The Overlook Press published the novel in English in April 2021.

Maoh, Grasshopper, and other novels by Isaka have inspired manga. Megumi Osuga drew Maoh: Juvenile Remix in Shogakukan‘s Weekly Shonen Sunday magazine from 2007 to 2009, and Viz Media released all 10 volumes of the manga in English. Hiroto Ida drew the Grasshopper adaptation. The original Grasshopper novel was also released in English on April 14 earlier this year. The novel inspired a Japanese live-action film adaptation in 2015.