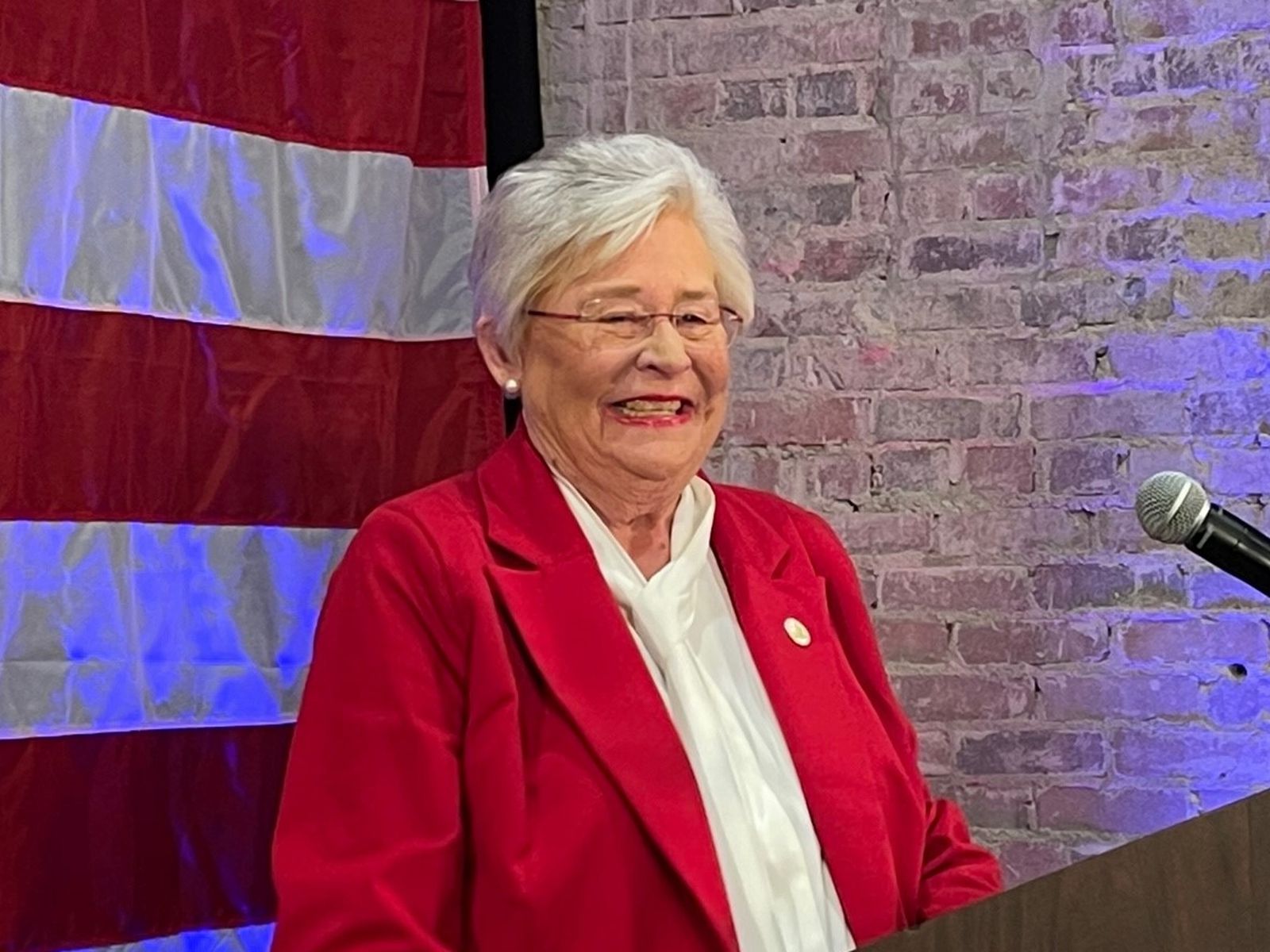 Alabama Gov. Kay Ivey cruised to a second term in office on Tuesday by defeating her Democratic and Libertarian opponents in a landslide outcome that puts her in position to become the longest consecutive-serving governor in Alabama history.

“There is no doubt the best is yet to come,” the folksy governor said during a campaign rally at a banquet hall in downtown Montgomery, before dropping her catchphrase to loud applause: “We all know, there is no step too high for a high stepper.”

The78-year-old governor vowed, during remarks earlier in the day while voting and again during her victory speech, to make education a priority. Though she did not go into detail, she said her mission as governor was to put a “renewed emphasis” on Alabama’s educational system.

Her comments come at a time when Alabama attempts to move itself out of the bottom of some national rankings for K-12 education, student math proficiency scores.

“From our earliest learners and those in our K-12 schools and those attending our post-secondary institutions, we are investing a record amount of funds toward our educational institutions,” Ivey said. “Investments that will lead to real meaningful changes that will benefit our students and teachers for years and decades to come.”

Ivey also utilized her speech to tout the state’s economy, which continues to see record-low levels of unemployment and the growth in manufacturing jobs.

“Whether people realize it or not, nearly every part of the world is touched by something made right here in Alabama … automobiles, aerospace and shipping,” Ivey said.

The governor has been steamrolling over her political competition since she became governor in 2017, replacing Robert Bentley who resigned amid a sex scandal with a former aide.

In 2018, Ivey won the Republican nomination without a runoff against three opponents. She then vanquished eight GOP opponents this past spring by winning 54 percent of the vote – almost three times more than the total for the second-place finisher – without having to worry about a runoff.

“Her political health is good and the strength with the voting public is good,” said Jess Brown, a retired political science professor at Athens State University and a longtime observer of Alabama state politics.

Ivey is the second woman among Alabama’s 54 governors and the first elected solely on her own merits. Voters elected Gov. Lurleen Wallace as a stand-in for her husband George Wallace in 1966 because governors could not serve consecutive terms at that time.

Ivey vowed to “steady the ship” of state after Gov. Robert Bentley’s resignation. But the governor’s tenure has not been without controversy, and her critics often come from the right-wing quarters within her own party.

In 2019, an effort to create the Rebuild Alabama infrastructure plan, drew criticism from conservatives after Ivey announced a gradual 10-cent increase in the state’s fuel tax. Also that same year, an effort to finance a $2.1 billion overhaul to Interstate 10 in coastal Alabama drew fire from conservatives over the use of tolls to pay for it. She was also criticized for her orders during the COVID-19 pandemic, including those that led to closures of small businesses and churches.

More recently, the Alabama Policy Institute has questioned her position on tax reform and has argued that the governor could do more than offer one-time rebates.

Angi Horn, a Montgomery-based political consultant, said critics have tried to take down Ivey since she was sworn into office more than five years ago.

“She’s been an effective governor, no matter what they have thrown at her,” said Horn.

Her standing remains strong in polling, and she consistently ranks in the Top 10 “Most Popular Governors” compiled by Morning Consult.

Perhaps Ivey’s biggest opponent, of late, has been her health. She disappeared in August, raising speculation about her whereabouts and whether she was fighting an ailment. The governor, upon her reappearance, said she felt the media was trying to wish her into being sick again.

“Every day, I give thanks to God for giving me a clean bill of health, and I look forward to serving as governor for another four years,” she told reporters two months ago.