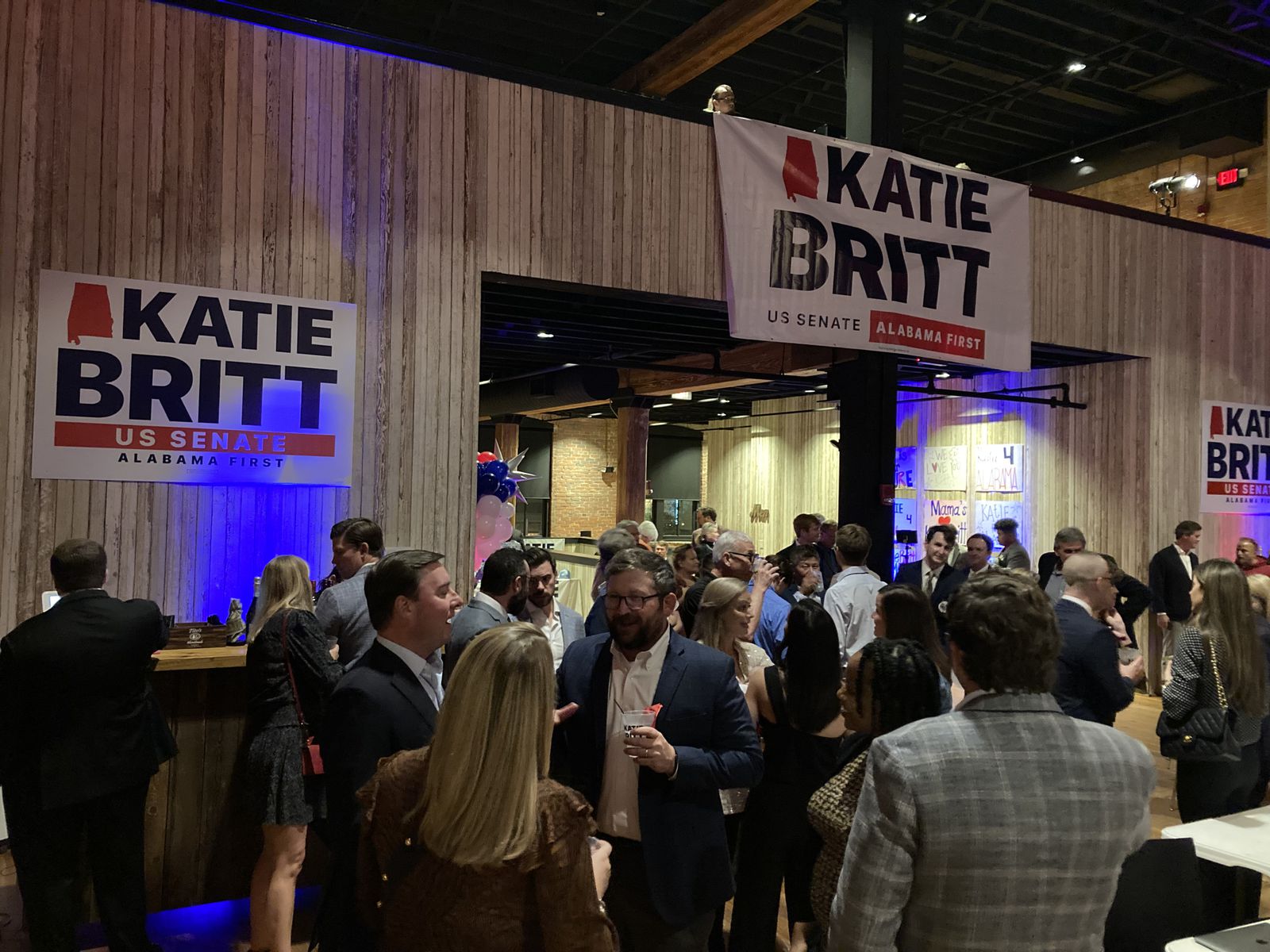 Supporters of Katie Britt are gathering tonight in Montgomery in anticipation of an historic political victory.

Britt can become the first woman elected to the U.S. Senate from Alabama.

The winner will succeed U.S. Sen. Richard Shelby, who is retiring after representing Alabama in the Senate for 36 years, a career that saw him rise to positions of influence that enabled him to steer federal dollars and projects to the state.

Britt supporters who gathered at a downtown venue before the polls closed at 7 p.m. had strong praise for the candidate. Britt is expected to speak at the event later tonight.

Wayne and Candy Hocutt of Tuscaloosa, who said they have known Britt since their daughters were in the same sorority at the University of Alabama, said they were not surprised she is on the verge of becoming a U.S. senator.

“She is everything that’s good about Alabama,” Wayne Hocutt said. “And smart. And she’s a superstar. She’s going to rise in Washington for a lot of years to come. So we’re excited to be here and celebrate with her.”

Gilda McEleney of Gadsden said Britt will bring the right mix of talents to represent Alabama in the Senate.

“She’s got experience because she worked as chief of staff, so she knows Washington,” McEleney said. “But she’s really very much from here. She’s got energy. She’s got youth.”

Britt is a first-time political candidate but not new to politics. Britt was Shelby’s chief of staff from 2016 to 2018 and carries the senator’s endorsement and financial support. She was the first woman to serve as president and CEO of the Business Council of Alabama and is a lawyer. A wife and mother of two, Britt would become the only Republican woman in the Senate with school-age children. Her husband is former University of Alabama and New England Patriots offensive lineman Wesley Britt.

In the May 24 Republican primary, Britt led the field, winning a plurality in 62 of Alabama’s 67 counties. Britt won the endorsement of former President Donald Trump before the June runoff after Trump withdrew his endorsement of U.S. Rep. Mo Brooks, who was trailing in the polls. Britt crushed Brooks in the runoff, receiving 63 percent of the vote.

Britt has built her campaign message on conservative positions including opposition to abortion, support for the Second Amendment and increased border security. She is outspoken about her Christian faith and has promised to be a champion for small businesses. She has maintained a large lead in fundraising over her opponents.

Britt grew up in Enterprise, a city of 30,000 people in southeast Alabama. She said she learned about business and hard work from her parents Julian and Debra Boyd, who had a hardware store, a boat business, and dance studios. She met her husband at Alabama, where she earned a bachelor’s degree in political science in 2004.

Related: Katie Britt says close call with Tuscaloosa tornado taught her that every day is gift

This story will be updated.