The official Twitter account for the Haikyu!! Touch the Dream mobile game revealed on Tuesday the first promotional video for the game, and announced that pre-registration for the game is now open.

The game opened three ways to pre-register for the game: 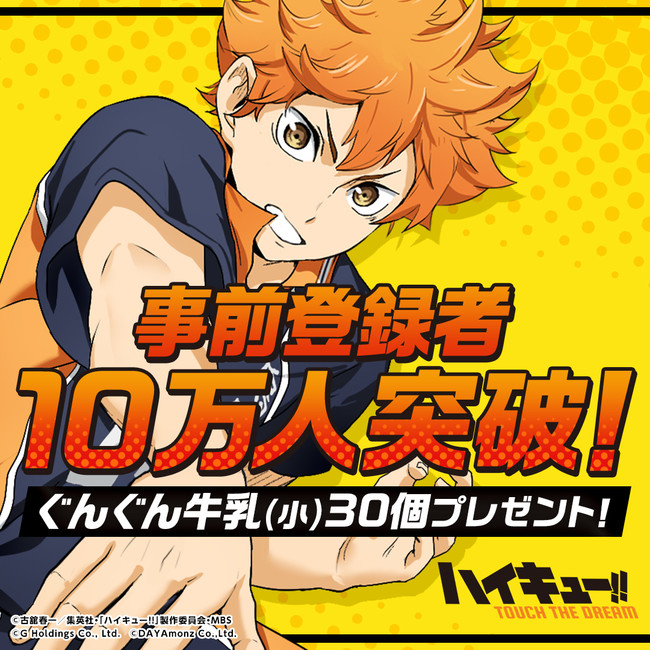 G Holdings announced in 2021 that it has acquired the rights to develop a smartphone game based on the Haikyu!! anime.

The manga has also inspired a series of stage plays, a clay-animated short, compilation anime films, and several video anime.