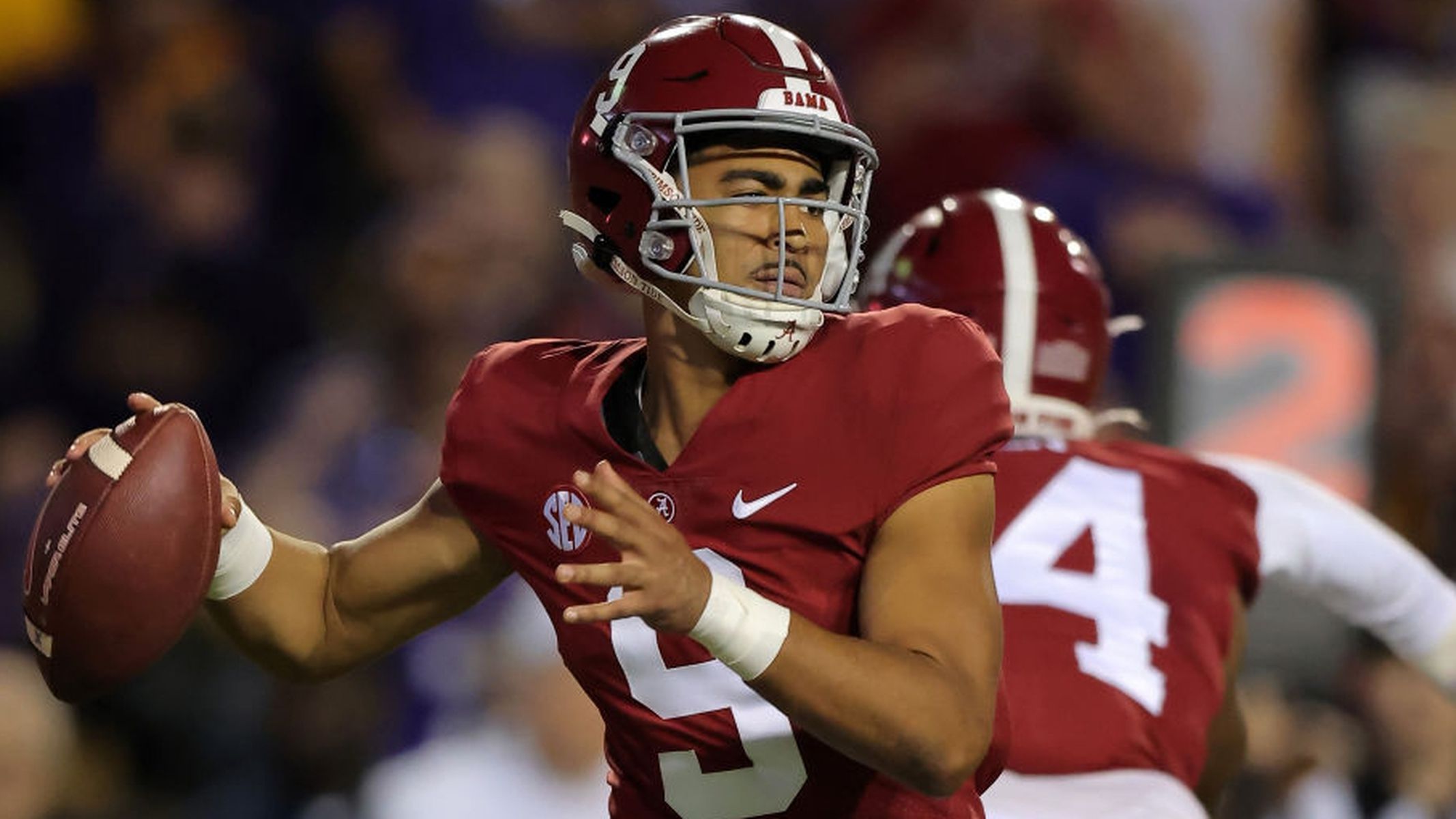 1 SEC league game in the past seven seasons in which neither team’s offense gained at least 260 yards. In Kentucky’s 21-17 victory over Missouri on Saturday, the Wildcats gained 252 yards and the Tigers gained 232. Saturday’s game was the 21st conference contest this century in which neither team reached 260 yards, but it was the first since Florida defeated Georgia 24-10 on Oct. 29, 2016. The Gators had 231 yards, and the Bulldogs had 164. In its win over Missouri, Kentucky was penalized 12 times for 84 yards, giving the Wildcats their 10th consecutive victory in games in which they were penalized at least 10 times.

3 One-point losses for Alabama have featured a 2-point conversion by the opposition as the final points, including on Saturday, when LSU QB Jayden Daniels’ 2-point completion to TE Mason Taylor ended LSU’s 32-31 overtime victory against the Crimson Tide. Since college football introduced the 2-point conversion in 1958, Alabama has had 20 one-point losses. On Oct. 20, 1984, Tennessee defeated Alabama 28-27 when QB Tony Robinson scored a 2-pointer on an option run after Johnnie Jones’ touchdown with 2:09 remaining in the game. On Sept. 18, 1965, Georgia defeated Alabama 18-17 when Kirby Moore threw to Pat Hodgson after a hook-and-lateral play had gone for a 73-yard touchdown with a little over two minutes remaining. The 2-point play made the difference when Alabama’s David Ray missed a 42-yard field-goal attempt in the closing seconds. Alabama also has had two one-point losses when it failed on a 2-point try after its final TD. On Oct. 18, 1968, Alabama lost to Tennessee 10-9 when QB Scott Hunter couldn’t connect on the 2-point pass after throwing a TD pass to Donnie Sutton with one minute to play. On Nov. 17, 1962, Alabama lost to Georgia Tech 7-6 when it failed on a 2-pointer after a fourth-quarter TD, then got to the Yellow Jackets 14-yard line, where Don Toner intercepted a Joe Namath pass with about a minute to play. “When you’re No. 1 in the country, you don’t play for a tie,” Tide coach Paul “Bear” Bryant said after the game.

3 Consecutive Tennessee possessions ended in punts during the Volunteers’ 27-13 loss to Georgia on Saturday. Tennessee had only three previous instances in the 2022 season in which it had punted on back-to-back possessions. The first three-punt streak for the Vols came after they lost a fumble on their first possession and made a field goal on their second on Saturday. The first two of the punts came in the first quarter as Tennessee failed to score a first-quarter TD for the second time in Josh Heupel’s 22 games as the Vols coach. Georgia has not allowed a TD in the first quarter this season, and the field goal was the third in the first period against the Bulldogs in 2022.

4 Georgia players had their first sacks of the season in the Bulldogs’ 27-13 victory over Tennessee on Saturday. Javon Bullard, Warren Brinson, Jalen Carter and Trezmen Marshall recorded their first sacks of 2022. For Bullard and Marshall, the sacks were the first of their careers. Georgia had six sacks against Tennessee after recording 10 in its first eight games of the season. The Volunteers had given up 13 sacks in their first eight games in 2022.

7 Straight possessions from the start of Saturday’s Florida-Texas A&M game ended in points. The flurry of four TDs and three field goals left the Gators ahead 20-17. After an exchange of punts, Texas A&M added another TD before halftime to take the lead. But on the 15 full possessions of the second half, only three ended in scores – two TD passes by QB Anthony Richardson and a TD run by RG Montrell Johnson Jr. – as Florida rallied for a 41-24 victory.

13 Points were scored by K Will Reichard in Alabama’s 32-31 overtime loss to LSU on Saturday. With four field goals and an extra point, Reichard became the Crimson Tide’s career scoring leader with 388 points. He broke the record of 385 points established by K Leigh Tiffin from 2006 through 2009. Reichard could become the third SEC player to reach 400 career points in the 2022 season, joining Auburn K Anders Carlson and Tennessee K Charles McGrath, who got to 401 with two field goals and an extra point in a 27-13 loss to Georgia on Saturday. Entering the season, five players in SEC history had scored 400 points – Auburn K Daniel Carlson, who holds the league record with 480, and four Georgia kickers – Rodrigo Blankenship, Blair Walsh, Billy Bennett and Marshall Morgan. Priyanka Chahar Choudhary says, “you are so rude” to Abdu Rozik; read on to know why Latest News