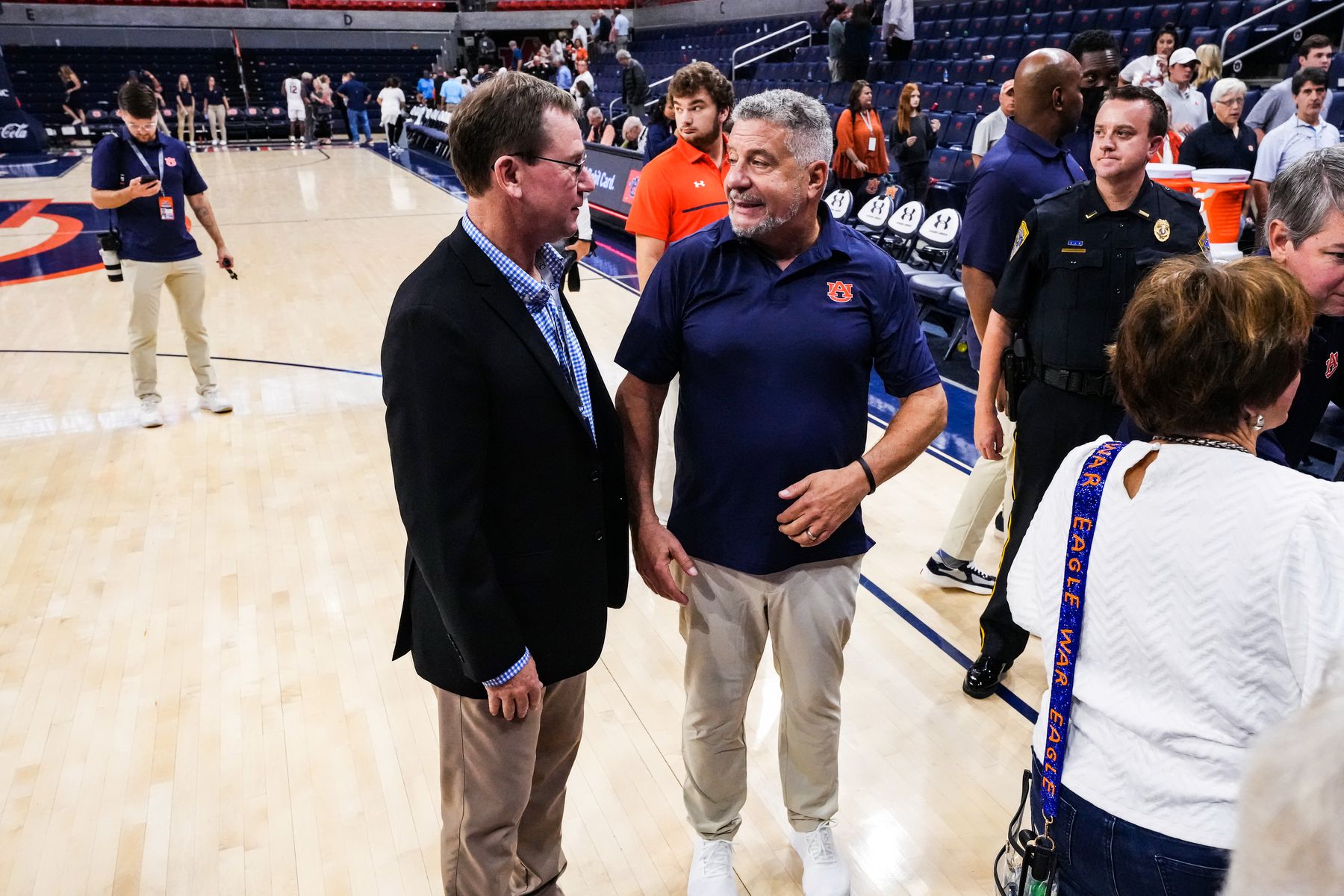 There’s a new boss on the Plains.

Auburn’s newly appointed athletics director, John Cohen, was introduced Tuesday morning, eight days after he was officially named the 16th athletics director in program history. Cohen was named the Tigers’ AD last Monday, at the end of a whirlwind day within the athletics department.

Cadillac Williams on first home game as Auburn’s head coach: “You can’t make this up”

Cohen comes to Auburn from Mississippi State, where he served as the Bulldogs’ athletics director for the last six years after a successful career as a college baseball coach, including at Mississippi State. Cohen’s introductory press conference began 10:30 a.m. Below is a recap of everything Cohen, as well as Auburn president Dr. Chris Roberts, had to say. Stay tuned to al.com/auburn for more coverage from Cohen’s introduction throughout the day.

— Dr. Roberts opens up thanking Rich McGlynn for his work as interim AD during the search. Auburn also utilized TurnkeyZRG search firm to help identify the next AD.

— Roberts said they were looking for someone with prior AD experience, particularly at a Power 5 program. Helped to have someone who was within the SEC footprint, too.

— Stresses that John Cohen is “extremely intelligent, he’s a strong leader, he’s highly motivated and competitive.” Just among the many reasons it became “abundantly clear” Cohen was the right choice.

— Cohen jokes that his 91-year-old mother is getting used to wearing orange and blue in Tuscaloosa, his hometown.

— His purpose, goals, mission: To serve the Auburn family and Dr. Chris Roberts. Wants to ensure every student-athlete has a positive and productive experience at Auburn — not just while on campus, but beyond. Adds his goal is to help Auburn compete for and win championships.

— Why did he come to Auburn? “The Auburn tradition” played a big role, as did the leadership of Auburn president Dr. Chris Roberts, as well as his belief in the collection of head coaches Auburn has. He also shouts out Rich McGlynn “for being a star” not just for him, but for Auburn and the SEC altogether.

— “Draw the 350-mile circle around Auburn, Alabama, and you’re talking about some of the best student-athletes in the entire country.”

— He also acknowledges that the Auburn brand is “powerful.”

— On if he has ever entered a new job with so much pressure on his first hire: Says he’s not a big pressure guy. Doesn’t really concern him.

— He plans to listen and to what he can to ensure Auburn has elite facilities for its student-athletes.

— This is the seventh SEC city he has lived in. He mentions working under Jeremy Foley and Greg Byrne, who he calls a close friend. “Nobody gets here alone.”

— On the process for finding a football coach: “Kind of thought somebody would ask that question…. This is a very, very long process.” Says he has 58 things written down on a sheet of paper: “It starts with culture. It starts with X’s and O’s, and it starts with recruiting.”

— Now that NIL has started, “he got to be out front. We got to be aggressive. It’s the way of the world. He have to jump in with both feet.”

— Cohen says the last couple of weeks, and coming to the decision to leave Mississippi State, have been “emotional,” but reiterates Auburn is a national brand and incredible place.

— Notes that final hiring decisions will be on his shoulders, but he wants the most input he can get from everyone in the department and Auburn, and beyond. “These decisions will be my own, but it takes a village.”

— On what he learned from his past coaching hires: Says he’s going to drop a cliche and use the “f-word” — fit.

— Plans to use a search firm to help with logistics and background checks. Every other part of the search will be handled internally.

— When asked about taking over a department with some sports he didn’t have at Mississippi State (equestrian, gymnastics), Cohen gives a thoughtful response, but got some laughs when he said, “we’re familiar with horses.”

— Reiterates hiring coaches is “not an exact science. There’s analytics, a little bit of gut feel.”

— Was John Cohen an Alabama fan growing up in Tuscaloosa? “Yeah, I remember the buses rolling in front of our house to go to Birmingham for football games… but when you talk about the star power that Auburn has had, even growing up in that town, it was really cool to watch that.” Describes the Iron Bowl as the best rivalry in college athletics. “I’m not gonna run away from this.” Why Was Avatar So Popular? Did The Storyline Make It A Hit? – Latest News