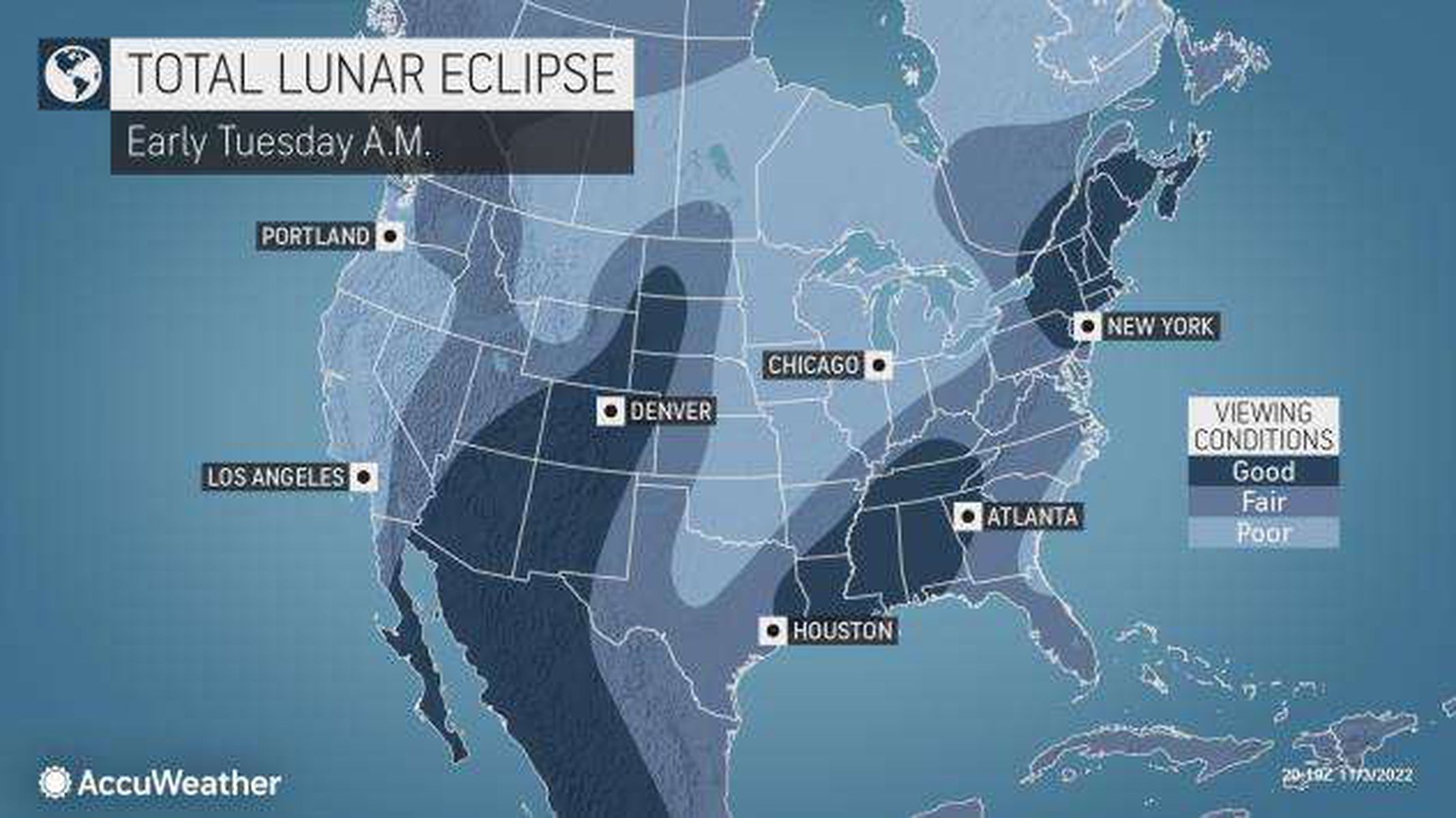 Midterm elections aren’t the only thing taking place in the U.S. on Tuesday.

A lunar eclipse on Nov. 8 will create what’s known as a “blood moon,” a name that comes from the reddish hue the moon takes on as refracted sunlight passes through the Earth’s atmosphere.

Here’s how NASA explains the phenomenon:

The total lunar eclipse will be the last for three years with the next slated for March 14, 2025. According to NASA, the moon will reach its full eclipse, known as “totality,” at 5:17 a.m. ET (4:17 a.m. CT) and will end after the moon sets. Totality will be visible across North and Central America.

You don’t need any special equipment to observe a lunar eclipse, although binoculars or a telescope will enhance the view and the red color. A dark environment away from bright lights makes for the best viewing conditions.

Tuesday’s full moon is also known as a “Beaver Moon.” According to the Farmer’s Almanac, the name comes from the time of year when beavers begin to take shelter in their lodges after building up sufficient stores of food for the winter ahead.