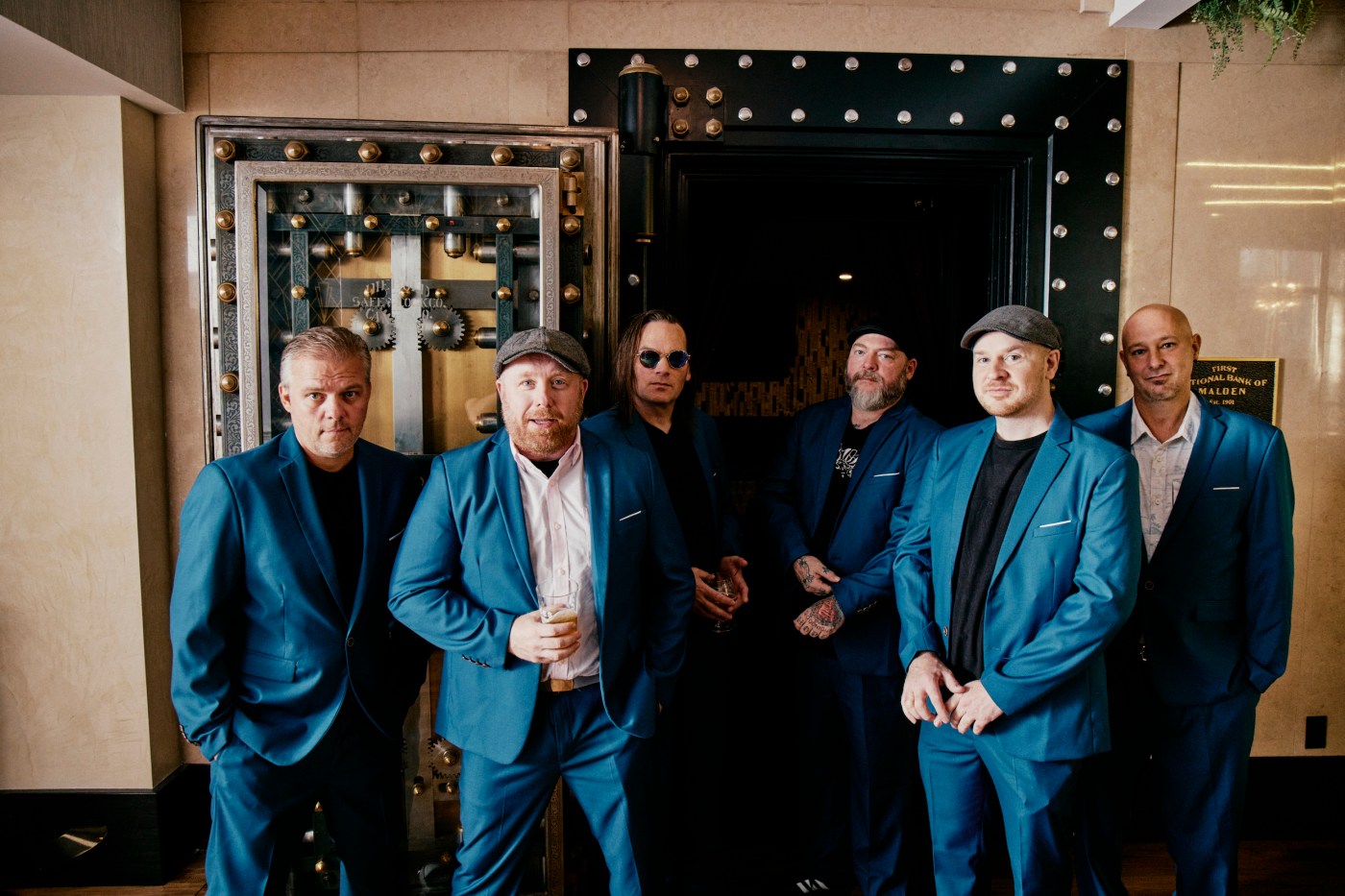 Ruin the Nite recorded its debut album at Blue Banshee Recording Studio and at Chris Duggan’s home on the Cape. During the process, the band slept at Blue Banshee and at Duggan’s house. The guys unwound at an Irish pub, also called the Banshee, and in a shed in Duggan’s backyard.

If this is getting hard to follow, here’s the reveal: Ruin the Nite singer and bassist Duggan spent a chunk of the pandemic building Blue Banshee Studio in his home and the Banshee pub in his backyard.

“Luckily, I have a very patient and tolerant wife, and we made a pact, no drums after 8 pm,” Duggan told the Herald. “I converted a garden shed into a little Irish pub, so after we were done recording at like 9:30 we would, very stupidly, because we had a tight, two-day deadline and had to start recording at 8 am, go out to the pub. Then 3:30 came and I was like [expletive], we need to get to bed.”

But Duggan got the boys up at 8 am, out of their bed or off their couch, and Ruin the Nite finished “Sound the Alarm” – the band celebrates the release Nov. 11 at Faces Brewing Co. in Malden.

Ruin the Nite is made up of a rogue’s gallery of Boston aces: Duggan, who shares lead vocals with singer and keyboardist Jeff “Chip” Nicolai, plus guitarist Matt Sullivan, drummer Dave Norton, trumpeter Dan McCool, and saxophonist Nathan Blaser. Duggan and Nicolai came from Goddamn Draculas but, beyond a knack for songcraft, Ruin the Nite has little overlap with the wonderful excess of the Drax. “Sound the Alarm” touches on edgy indie rock and tuneful yacht rock, huge guitar workouts and delicate piano pieces, all with tender, tight and triumphant harmonies.

It’s a hell of an LP to christen your studio with.

“We are a tight band and musically that can come across without a lot of overproduction,” Duggan said of recording the record. “We’ve all been in other bands that are completely polished. I didn’t want to do any of that with this. I probably should have, but it’s very raw and it gives it more of a ’70s vibe because it’s not as punchy.”

Duggan knows nobody will be recording “Dark Side of the Moon” at Blue Banshee. He also knows that lots of artists like to record more raw, with a homey but professional vibe.

Rum Bar Records owner “Malibu Lou” Mansdorf  liked the sound of the album enough that his local label will put out “Sound the Alarm.”. Mansdorf also helped get Duggan some more work including a project with ex-Dropkick Murphys guitarist Rick Barton.

Maybe he should work harder to advertise Blue Banshee. Maybe he should just get everyone to listen to  this Ruin the Nite album. It’s a tremendous calling card for a young studio owner. Bumper In Berlin For Fans To Check Out Latest News