The event also revealed a new key visual for the anime. Additionally, the event revealed that the cast will perform the show’s theme song “Unite up!” 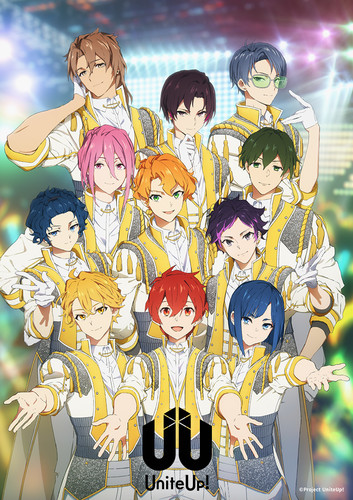 Shin’ichirō Ushijima (I want to eat your pancreas) is directing the anime at studio CloverWorks. Rino Yamazaki (Akebi’s Sailor Uniform, Shadows House, Spy×Family) is overseeing the series scripts. Majiro (22/7) is designing the characters and is also the chief animation director, alongside Asami Komatsu and Yurie Hama. Yuki Hayashi (My Hero Academia, Haikyu!!) is composing the music.

The anime’s story centers on Akira Kiyose, who sings on a video streaming site under the singer name “KIKUNOYU.” One day the talent agency sMiLea Production scouts him. sMiLea is an agency founded by the retired legendary idol pair AneLa to train new budding idols. Akira then forms an idol group with Banri Naoe and Chihiro Isuzugawa, who were also scouted. Their new group, Protostar, will have their debut alongside other new idol groups with sMiLea Production: Legit and Jaxx Jaxx. 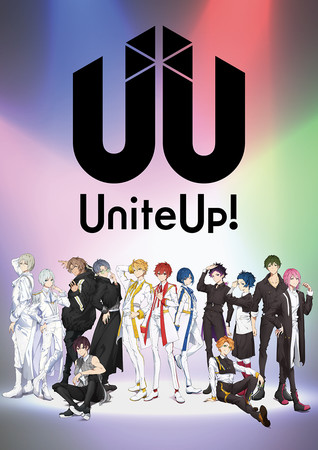 The anime will feature four idol groups including: