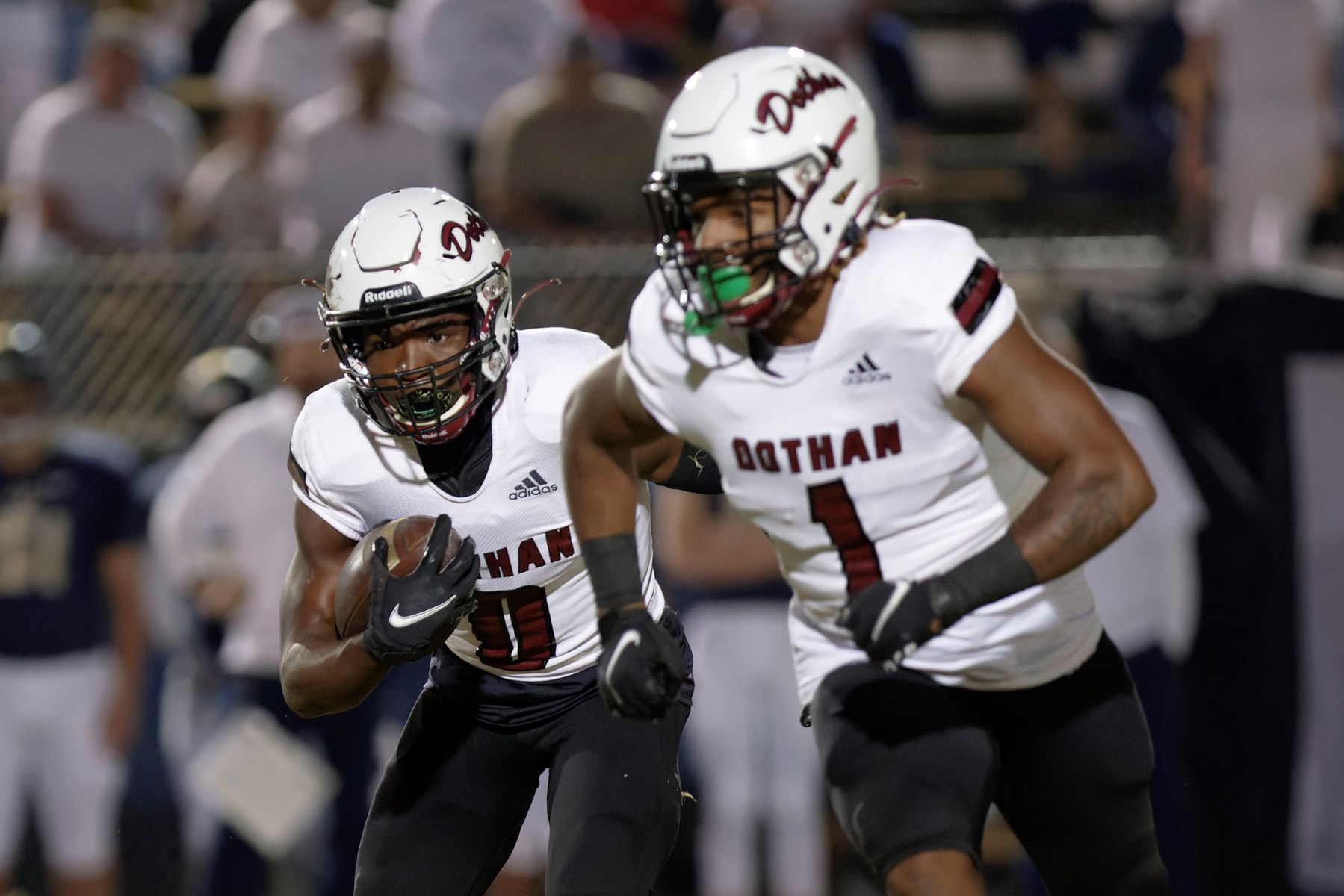 Raymon Blackmon rushed for four touchdowns to lead Dothan over Foley 42-28 on Friday night at Ivan Jones Stadium in the first round of the Class 7A playoffs.

Blackmon finished with 19 carries for 254 yards, and Dothan rolled up 403 yards rushing.

Blackmon’s 11-yard run in fourth quarter gave the Wolves the lead for good.

“We battled hard and some things were taken out of our hands,” Lions coach Deric Scott said. “Tough loss.”

“Stats don’t really matter to me, at the end of the day,” Blackmon said. “I just want to win.”

Did you know?: Foley (7-4) advanced to the playoffs for the first time since 2015. The loss ended the Lions’ five-game winning streak.

Stat sheet: Foley’s Kolton Nero scored on runs of 4 and 41 yards. He finished with 151 yards on 24 carries. … Foley junior receiver and Alabama commit finished with nine catches for 153 yards. … Tynes passed 247 yards for the Lions. … Tamarion Peterson added 91 yards on the ground for the Wolves, including a 4-yard touchdown run. … Carter Davis only completed two passes for Dothan.

Coachspeak: “We made some crucial mistakes in some key moments. Kudos to Coach Kennedy and their staff. Their offense is very challenging from a defensive standpoint and some things we didn’t overcome.” – Scott

“For us to come on a three and half hour trip and beat the Nov. 1 team from this region, it shows the hard work and belief they have for each other. Our game plan was to come in and be physical and use our offense to our advantage, keeping the ball away from them. – Kennedy

He said it: “We knew coming in they had about seven players that went both ways. We just wanted to come and wear them out, get the game into the fourth quarter and take over.” — Blackmon

What’s next?: Dothan (8-3) plays at Auburn next week. The Wolves lost 42-14 to Auburn earlier in the season. Foley finishes its season with a 7-4 record.