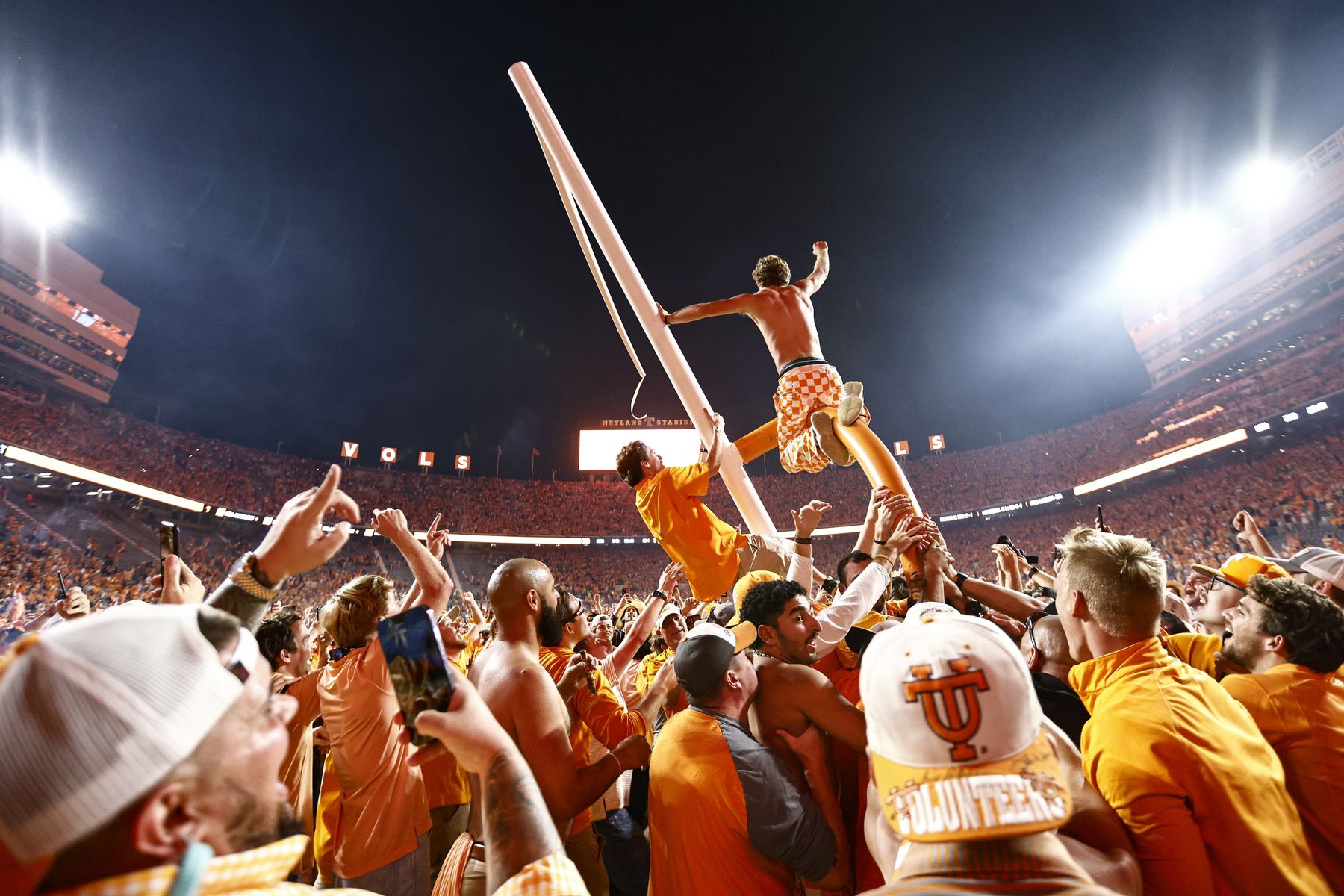 The SEC has formed a working group to “address post-game spectator incursion” — AKA storming the field/court — after a number of high-profile incidents in recent weeks.

The conference already has an escalating fine structure in place for schools whose fans invade the playing area en masse in football and basketball, which typically occurs after significant or unexpected victories by the home team. However, little is done by on-site security to keep large numbers of fans off the field or court in real time once the game has ended.

The new working group, made up of “athletics directors, event management directors and campus security personnel” from across the SEC, will study the issue and any policy changes that might be made. Such recommendations will be introduced at the 2023 SEC Spring Meetings, with implementation likely for the 2023-24 athletic year.

Though field/court storming happens several times a year in the SEC, it seems the spark that led to calls for change occurred in the aftermath of Tennessee’s 52-49 victory over Alabama in Knoxville on Oct. 15. Thousands of fans rushed the field at Neyland Stadium to celebrate, resulting in at least one physical altercation between Alabama wide receiver Jermaine Burton and a female Volunteers fan.

Alabama coach Nick Saban said afterward that he and many of his players — including Burton — felt unsafe while trying to exit the field. Despite widespread calls for public discipline, Burton was not suspended and played the following week vs. Mississippi State.

Tennessee was fined $100,000 by the SEC as a second-time offender of its policy for “Access to Competition Area.” LSU was fined $250,000 after fans entered the field following a victory over Ole Miss in Baton Rouge on Oct. 22, the third such incident at Tiger Stadium since 2014.

The SEC Working Group on Event Security include athletics directors Greg Byrne of Alabama, Mitch Barnhart of Kentucky and Josh Brooks of Georgia, among others. Kelvin King, head of campus security at Auburn, is also a member of the group.

“Providing consistent and appropriate levels of safety and security remains the common goal of SEC member institutions,” Sankey said. “Our institutions remain current and vigilant in crowd control best practices and continue to work with local law enforcement to develop effective security protocols at SEC venues and we need to continue the adaptation of Conference policies to address emerging realities.”