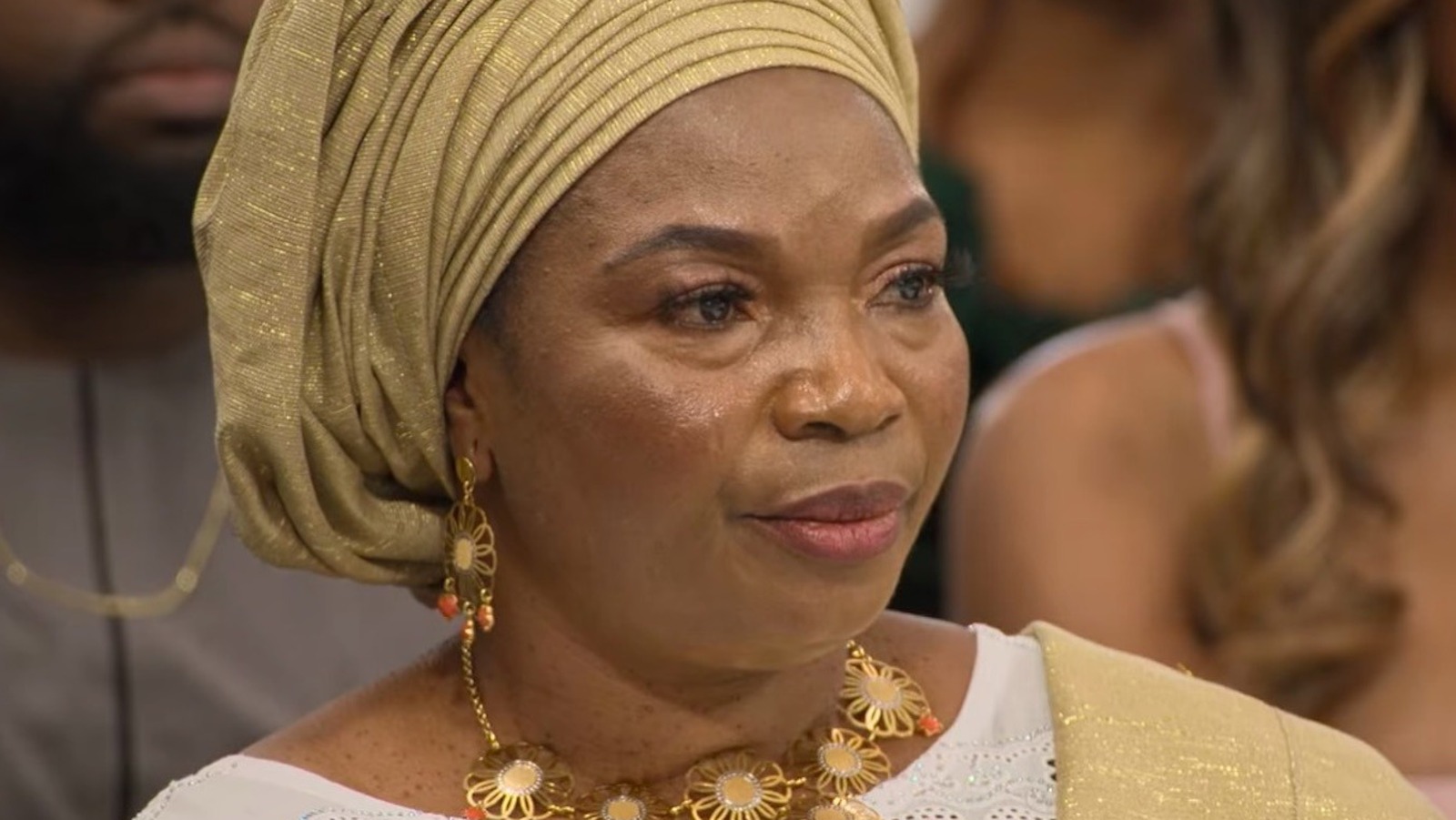 Following the release of the last batch of episodes, fans have been flooding Twitter to announce their love for SK’s mom, Adeola. One user, @deuxbyun, wrote, “i was BAWLING with her when sk’s mom came to comfort her after sk said no.” Another user, @DamnitGena, included a screenshot of Adeola hugging Raven to console her and wrote, “Sk’s mom is such a Gem for the compassion and acceptance she showed towards Raven. She was the best person all season! Honestly a dream mother in law.” Similarly, @trishayri wrote that she hopes her own eventual mother-in-law will be like Adeola.

Further, @meaganforde wrote, “no we need to protect SK’s mom at all costs.” Meanwhile, @MaciParr had nothing but praise for Adeola, calling her the sweetest woman ever. Another user, @jennyappless, petitioned for Adeola to get her own show, declaring that she is the best person to show up in all three seasons of “Love is Blind.” In agreement, another user wrote, “Can we have a show of just SK’s mom telling us life advice?”

@RobynDMarley_ pointed out that when Adeola consoled Raven, she gave her the mother-daughter moment that Raven needed since her own mom opted not to come to the wedding. Finally, @kissesfordayss put into words what all these fans were thinking, writing, “Honestly the star of the season is SK’s beautiful mother. I really appreciate how she made Raven comfortable always.” Feds Gets A Full-Season Order At ABC Latest News What Has Steven R. McQueen Been Doing Since Leaving Chicago Fire? Latest News Football High Live: Scores, highlights from Round 1 of the 2022 prep playoffs Latest News