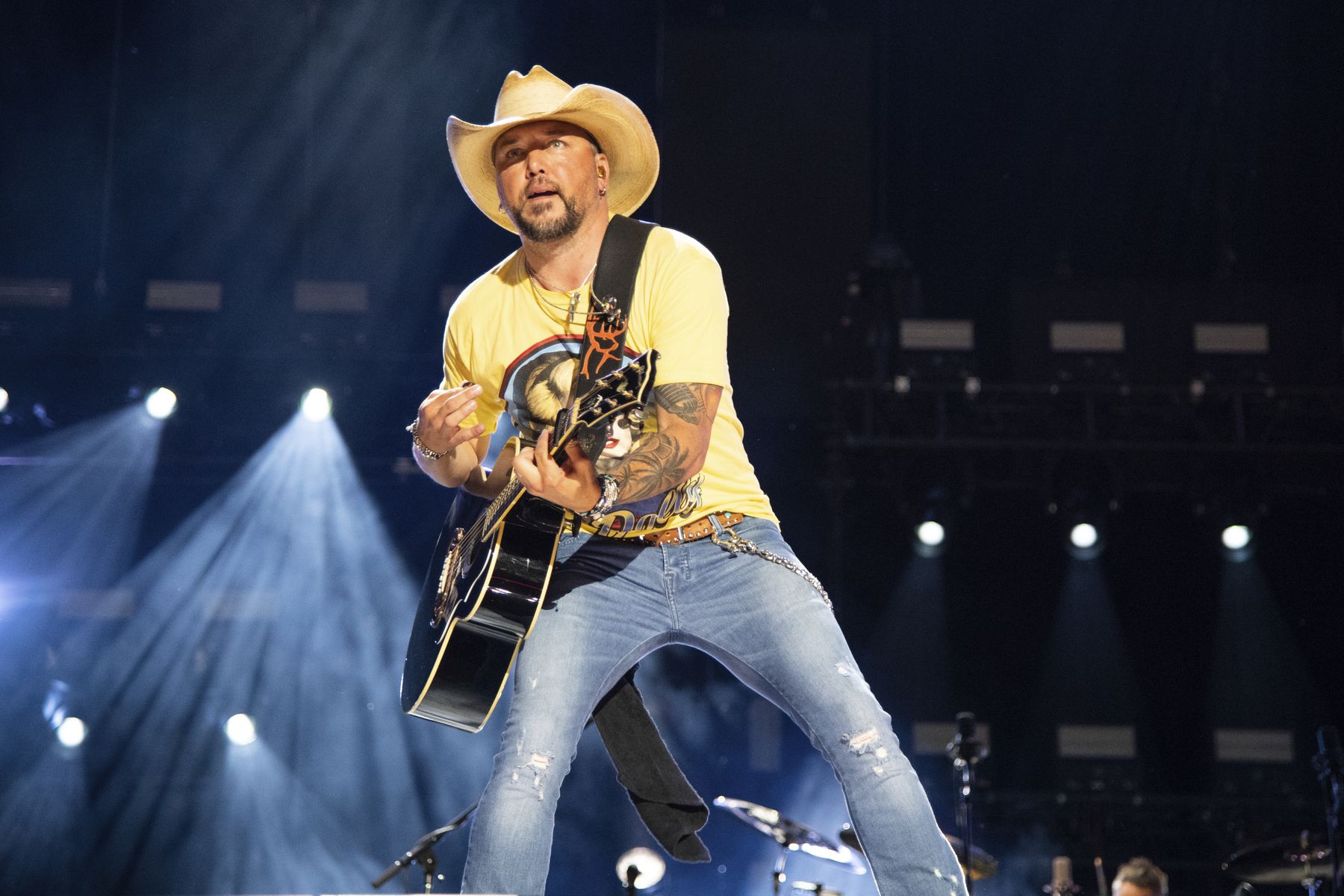 Jason Aldean is helping country fans get into the holiday spirit with his new single, a cover of Alabama’s “Christmas in Dixie.”

Yes, it’s still three weeks before Thanksgiving, but several artists — from Alicia Keys to Dolly Parton — are pushing the season with releases that evoke mistletoe, brightly wrapped presents and chestnuts roasting on an open fire.

In that spirit, Aldean offers his take on Alabama’s holiday classic, released in 1982 by the country band from Fort Payne. You can listen to Aldean’s cover in the YouTube video below, or via music streaming services from Amazon, Apple, Spotify and more.

“The band Alabama has been really influential on my career, so it’s cool to get to give a nod to my musical heroes with the first Christmas song we’ve ever put out,” Aldean said Friday in an Instagram post.

The country star, 45, is no stranger to Alabama’s music, performing “Tennessee River” on the 2013 tribute album “Alabama & Friends.” Aldean also performed a medley of Alabama’s hit songs at the 2015 ACM Honors show, which was filmed for a TV special.

This isn’t the first time an artist has recorded a cover of “Christmas in Dixie,” which lauds “a peaceful Christmas time.” The song, written by the members of Alabama, also includes a familiar chorus:

“Christmas in Dixie, it’s snowin’ in the pines/Merry Christmas from Dixie, to everyone tonight.”

Kenny Chesney covered the tune for his 2003 holiday album, “All I Want for Christmas Is a Real Good Tan,” with a vocal assist from Randy Owen, Alabama’s lead singer. Also, a cappella band Home Free covered “Christmas in Dixie” on the 2020 album “Warmest Winter,” with Alabama as a featured artist.