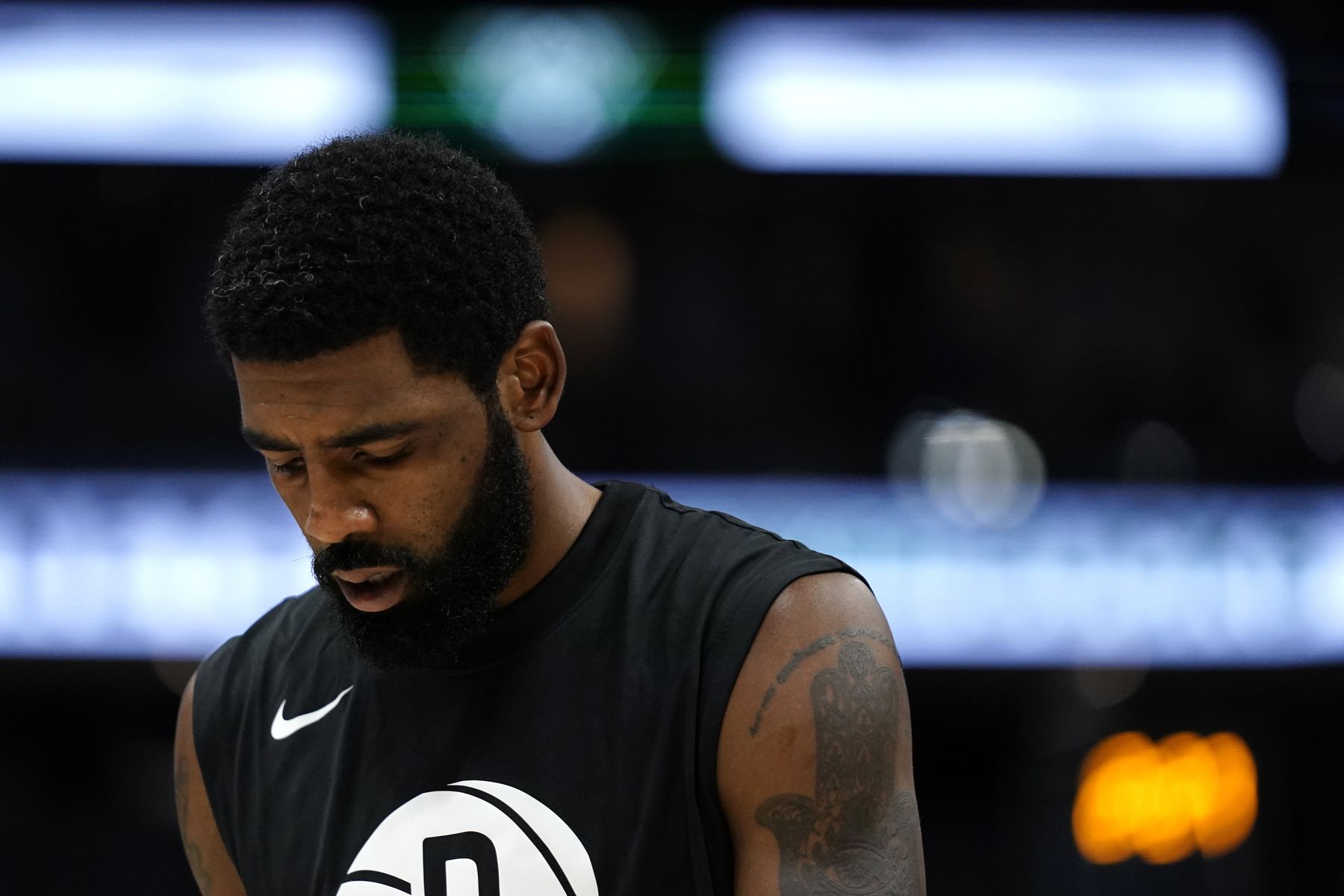 Kyrie Irving has been suspended by the Brooklyn Nets on Thursday for at least five games without pay.

The Nets are dismayed by his repeated failure to “unequivocally say he has no antisemitic beliefs.” The Nets also said that Irving is “currently unfit to be associated with the Brooklyn Nets.”

Earlier in the day, NBA Commissioner Adam Silver sought for tweeted a link to an antisemitic work.

“We were dismayed today, when given an opportunity in a media session, that Kyrie refused to unequivocally say he has no antisemitic beliefs, nor acknowledge specific hateful material in the film. This was not the first time he had the opportunity — but failed — to clarify,” the Nets said in a statement.

“Such failure to disavow antisemitism when given a clear opportunity to do so is deeply disturbing, is against the values of our organization, and constitutes conduct detrimental to the team. Accordingly, we are of the view that he is currently unfit to be associated with the Brooklyn Nets.”

The Nets said they tried Irving understand the harm and danger of his words and actions.

Irving has never apologized, saying only that he meant no harm. He said some things in “Hebrews to Negroes: Wake Up Black America” were untrue, but he didn’t say he shouldn’t have posted a link to it.

“I’m not the one who made the documentary,” Irving said.

He was later asked if he had antisemitic beliefs.

“I cannot be antisemitic if I know where I come from,” Irving said. ‘SNL’ Spoofs Skechers Turning Down Kanye West In Hilarious Sketch With Cecily Strong: ‘Of Course He Came To Us’ Latest News