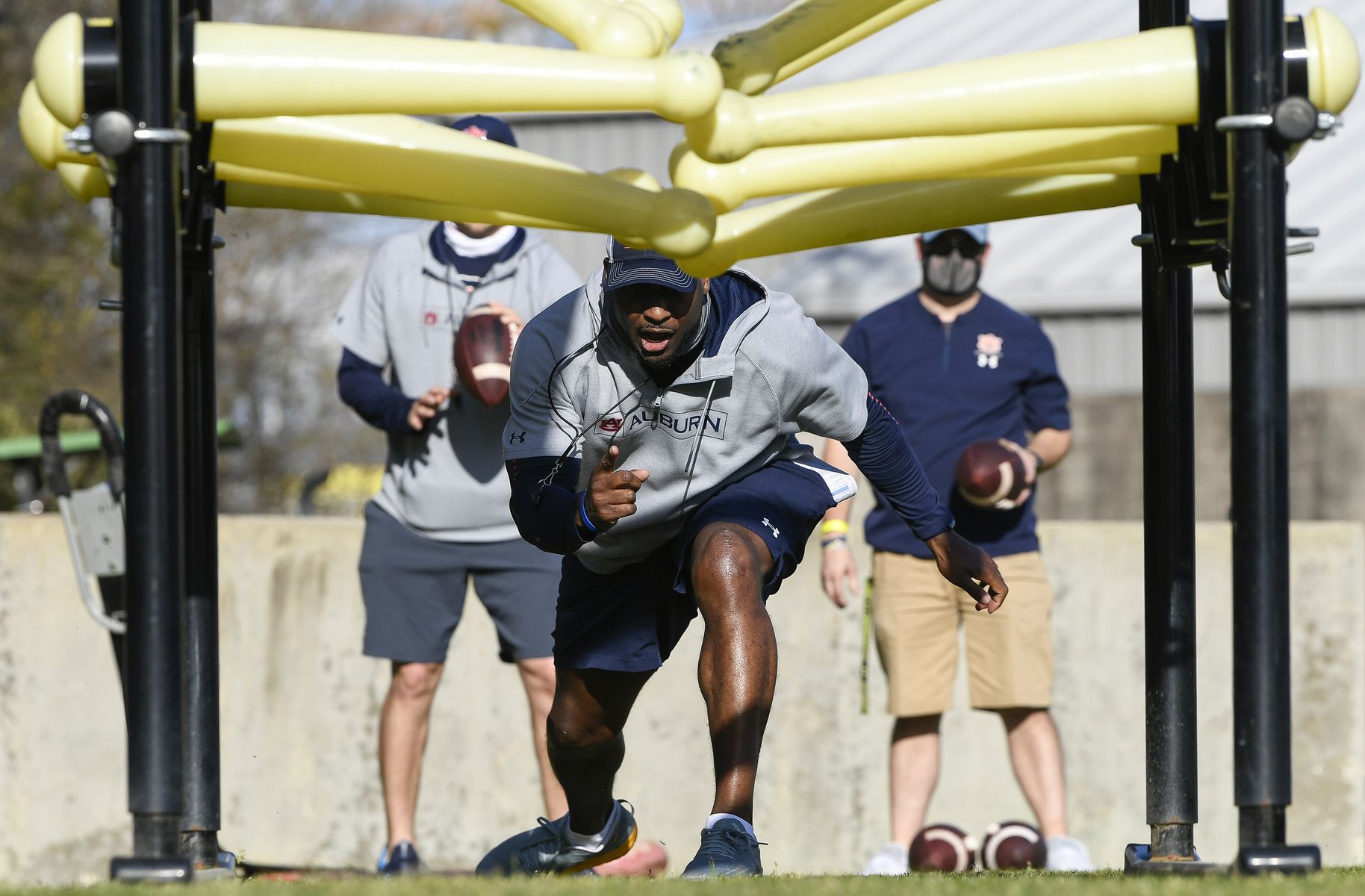 Williams found out Monday afternoon that he’d become the Tigers’ interim coach after the school parted with Bryan Harsin after 21 games and a 9-12 record.

— Law’s first question to Williams was how much sleep he’s been getting. Williams says he gets around 2-3 hours of sleep daily. He’s going to bed but can’t sleep since Monday’s announcement of him as the head coach.

— Williams says he has around 300 fans he hasn’t opened since Monday.

— Williams said his wife nudged him into considering coaching. She said, “All you do Saturday and Sunday is sit on the phone with your friends talking about football anyway.”

— Williams recalls the story about how he got in contact with Guz Malzhan to express his interest in coaching running backs at Auburn. Malzhan offered Williams the job a couple of hours after meeting for dinner at a Mexican restaurant.

— Williams believes in creating an environment of unity.

— Williams is focused on being in the present moment.

— “We have to recruit, Williams said. “This place is great. Dreams come true here. And It all starts with recruiting for us.

Williams said the Auburn staff has been in the facility until 1 or 2 am each night, trying to create a game plan to beat Mississippi State.

— Williams is emphasizing to the players the importance of finishing the last four games strong.