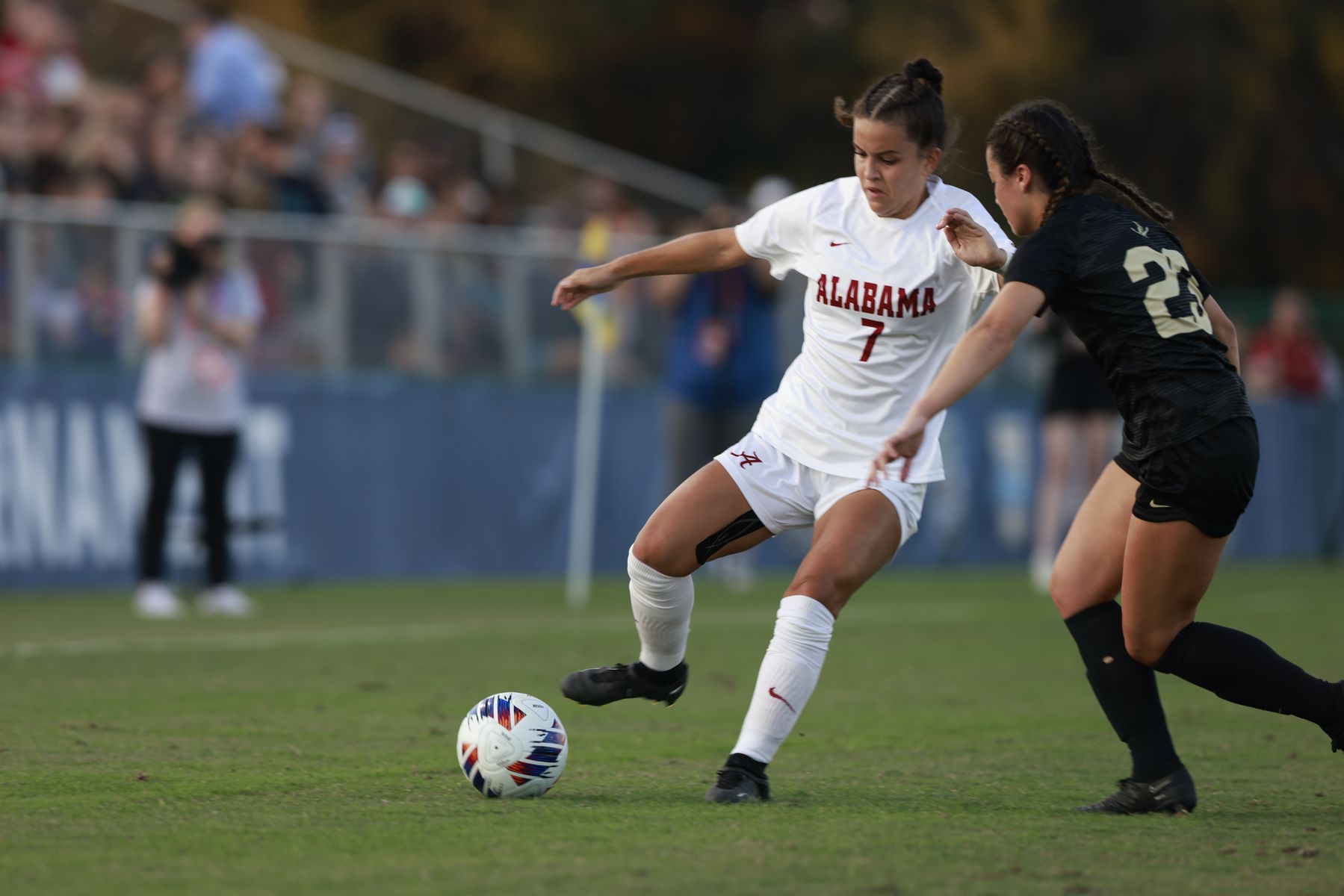 She calmly found the back of the net for the dramatic 2-1 win over Vanderbilt on Thursday evening in Pensacola. A foul in the box with 37 seconds left set up the game-winner on a night Alabama had its share of opportunities.

The Crimson Tide (19-1-1) outshot Vanderbilt 17-3 but the go-ahead goal was elusive until the final minute.

Alabama will play in the league title game at 1 p.m. CT Sunday against the winner of the other semifinal. No. 2 seeded South Carolina plays No. 6 seed Georgia in the second semifinal.

This will be only the second SEC championship game appearance for an Alabama program that lost to Kentucky in 1995 title game.

It was tied at halftime before Alabama outshot Vanderbilt 13-0 in the second.

Alabama goalkeeper McKinley Crone had one save and the one goal allowed.