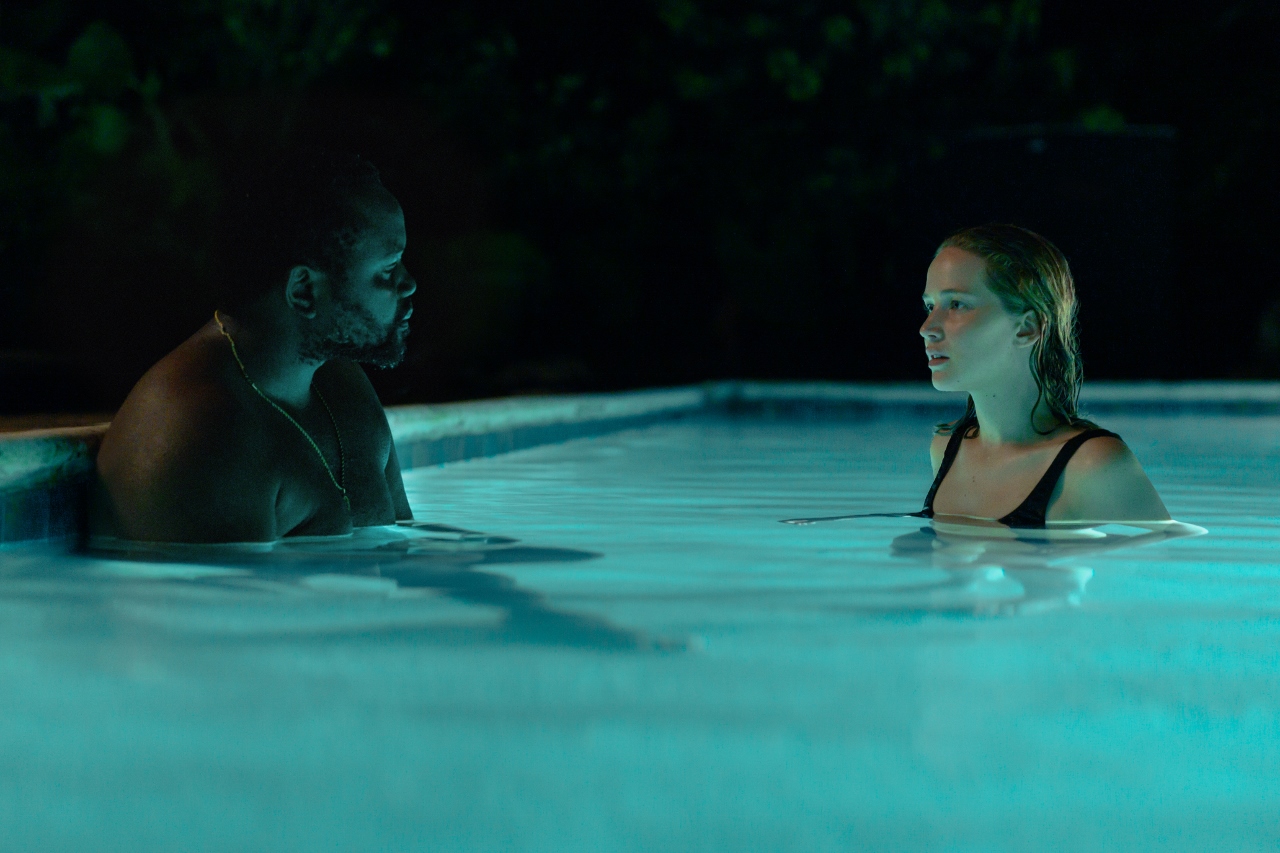 Superbly cast, beautifully acted, “Causeway” is an example of the kind if modestly high-class film we see very seldom, and we can be thankful that lead actor and producer Jennifer Lawrence and Apple TV+ made it. The film, which is set in New Orleans, is the story of two severely damaged people who find each other and form a bond as inexplicable as it is lovely. Directed by acclaimed theater veteran Lila Neugebauer (TV’s “Maid”), “Causeway” begins with scenes of a seriously incapacitated young veteran we will come to know as Lynsey (Academy Award winner Lawrence), being helped by caregiver Sharon (Jayne Houdyshell, ”Little Women”). Lynsey at this stage can do almost nothing for herself. Sharon wheels her around and helps her do everything.

But Lynsey improves quickly, and soon, armed with an array of pain and neurological meds, such as Cymbalta and Ativan, Lynsey returns to the home she left when she enlisted in the Army and went to Afghanistan. While she served there in the Army Corps of Engineers,, she was involved in an I.E.D. attack that left her her with a “brain bleed.” The home she left behind is where her mother Gloria (the marvelous Linda Emond) and her brother (Russell Harvard), who is not around, live. Lynsey gets an undemanding job cleaning pools for a local business. On a drive, her 1980s-era truck begins to smoke, although she manages to get it to a repair shop, where she meets friendly mechanic James (Brian Tyree Henry), a young man with one leg. We will learn that James lost the leg in a car crash on “the Causeway” across Lake Pontchartrain in which two loved ones were killed. James was driving.

Written by Boston-born Ottessa Moshfegh, along with Luke Goebel and Elizabeth Sanders, all making their feature debut, “Causeway” is reminiscent of several films that were made in the wake of our involvement in Iraq and Afghanistan such as “In the Valley of Elah” (2004), “Home of the Brave” (2006) and “Stop-Loss” (2008). Lynsey and James discover they share a fondness for vintage rhythm & blues. James is straight and unattached. Lynsey is gay and unattached. They need friendship and camaraderie more than anything else. They find these things in each other. They also reveal their sense of loss and pain to one another. We see no disturbing flashbacks to the events that traumatized either character.

Lynsey’s mother likes to party and makes a lot of noise at night. James, who lives in his family’s house alone, offers to let Lynsey live with him. We wish these two could be a couple, but it probably is not in the cards. Lynsey tells James that she takes “Don’t shoot-yourself-in-the head” drugs. James takes his prosthetic limb off to swim with Lynsey in a client’s pool. A montage of New Orleans’ elegant, in-ground pools is oddly relaxing. Although Lynsey is subject to sudden panic attacks, she wants to redeploy. As her skeptical doctor, Stephen McKinley Henderson is, as usual, distinguished. Lynsey and her mother sit together in six inches of water in a blow-up pool to cool off. Not much happens in “Causeway,” and yet it seems jammed with life. A large part of this can be attributed to how much we like to spend time with these actors. Lawrence and Henry have charisma and chemistry to burn. At 92-minutes, “Causeway” is like a cure for superhero movies. Britney Spears shoots down Millie Bobby Brown’s goal of playing her in a biopic: ‘Dude I’m not dead!!!’ Latest News