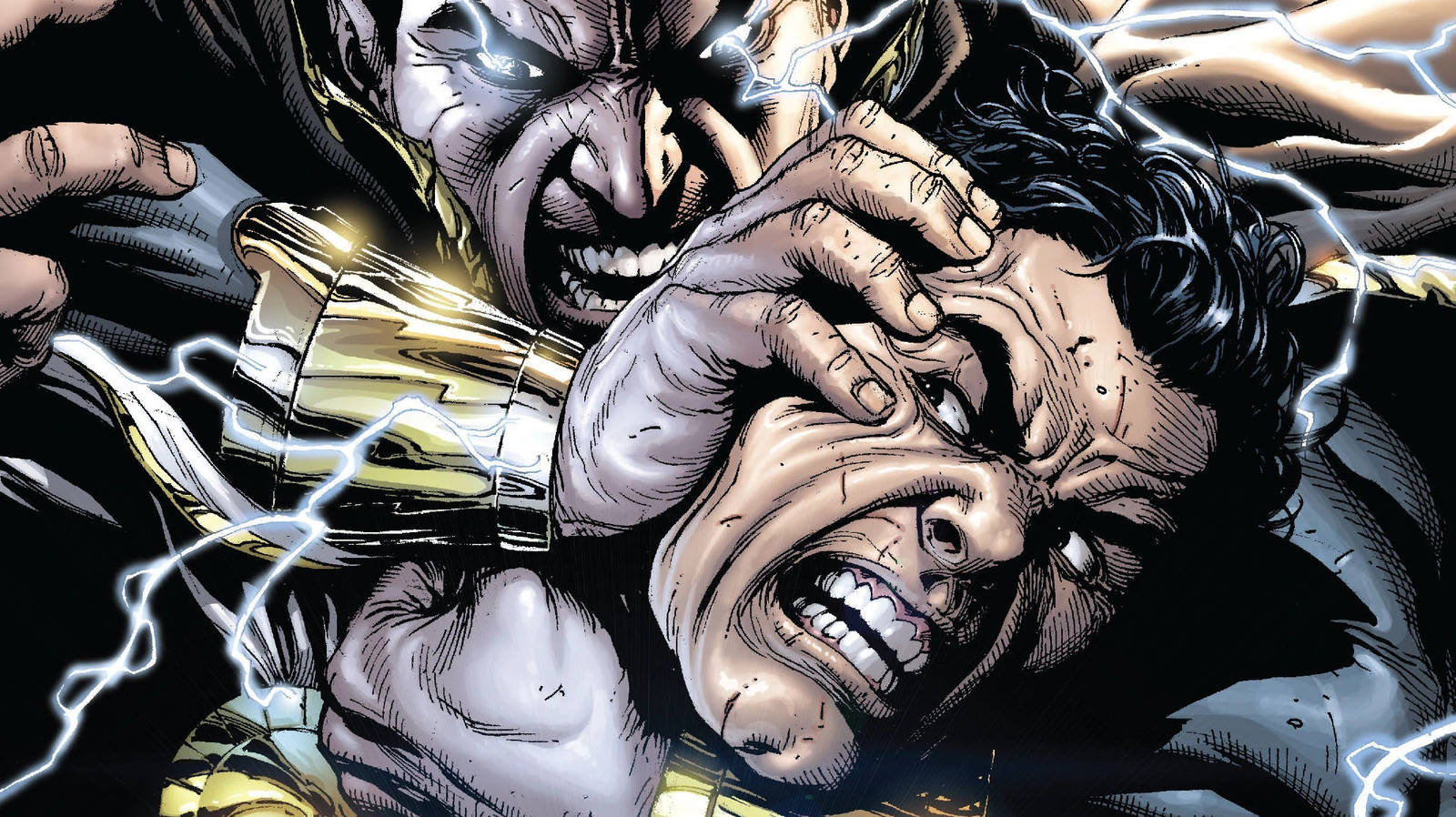 Black Adam shows up pretty late into “Lego DC: Shazam! Magic and Monsters”, except for in flashbacks. However, he makes his presence felt throughout, using telepathy to have Mister Mind free him from the Rock of Eternity by feasting upon its magic. Billy Batson’s heroic persona — this time called “Shazam”– comes together with the Justice League to stop Mr. Mind. But they find their antagonist swapped when Black Adam steals the mystic power Mr. Mind devoured.

Mr. Mind de-aged the League into children, and Adam easily pummels them all and nearly defeats Shazam in a one-on-one battle before Billy’s wizard intervenes. While the wizard buys Billy and the League time to escape to Earth, Black Adam heads to Metropolis to finish the job. He finds that his enemies are ready for round two, as the League gets even with flying supercars and a magical upgrade from Billy himself, who loans each League member a fraction of his power.

Don’t let the fact that this is a Lego movie fool you. Shazam’s (Billy’s) fight with Black Adam in “Magic and Monsters” is full of epic action, humor, heart, and even a heroic sacrifice. The biggest moment of their battle, however, is when Shazam gives the Leaguers all his magic, revealing himself as Billy Batson — proving that he both trusts the League and that heroes come in all ages.