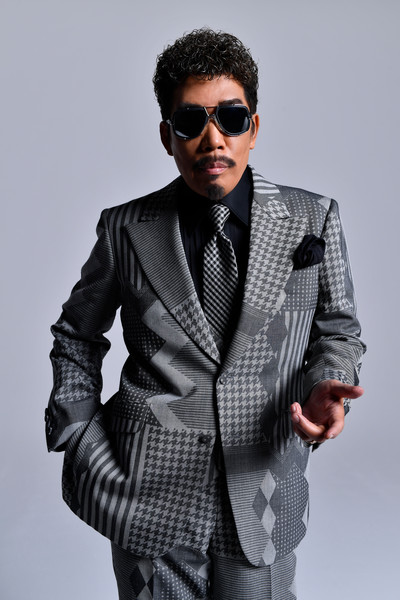 What was your first reaction when you were asked to perform a theme song for the first season of Kaguya-sama, a romcom anime? How does it feel to return again for the third season?

MASAYUKI SUZUKI: I felt that there are still plenty of things to challenge myself with even after turning 60, which was one of the reasons why I decided to dive into the anime world as a new experiment. To then take on three consecutive seasons is a splendid achievement worthy of a Guinness World Record, I feel.

What kind of things have you cared about and kept in mind for singing each season’s OP from the first to the third season? Does each season have a different theme to you?

SUZUKI: All three songs are made so that you can dance and sing along with them. There’s choreography, and the two performers need to be in sync.

With the vocals, each singer has a different approach, so rather than putting care into harmonizing, I was able to just have fun with it.

I met with Yoshiki Mizuno beforehand in order to produce a song in line with the season’s theme. Naturally, I’ve read the manga, but I also watch the anime every week, so I’m already immersed in the world of Kaguya-sama. I think the songs fit the theme and setting very well.

What was it like performing with Suu from SILENT SIREN for the third season’s opening theme song “GIRI GIRI”? Did you discover anything new from it?

SUZUKI: I think that Suu‘s voice has a very unique presence. If you listen to her voice you can understand; to me it is close to what I felt with Momoko Kikuchi when I sang “Shibuya De Goji” (note: his hit Japanese duet song with Kikuchi in the early 90’s). And I think she was able to bring out a different appeal from what she normally does with her band.

Were there any events which left an impression on you from when you were recording the music video for “GIRI GIRI”?

SUZUKI: Suu was very nervous about doing her first ever dance, but she practiced hard before the filming day. It’s a testament of her character that she took on the challenge on the day. That event made a strong impression on me.

Also, when she’s performing with SILENT SIREN, Suu holds a guitar as she sings; you could say the guitar is a demonstration of her individuality. By showing that in the final scene of the music video, I thought that we were able to express something unique that only she could accomplish, and it made for an incredible video.

People call you “the king of love song”. What do you keep in mind when you sing a love song?

SUZUKI: This is something I kept in mind when I debuted as a solo vocalist. I always try to convey the love song conscientiously and to sing in my own style, regardless of who wrote or performed the song. I believe that is the requirement one must shoulder in order to be a vocalist.

SUZUKI: I have fun watching the cover songs and dance videos that Kaguya-sama fans around the world post on social media. I hope that you can keep having fun singing and dancing as you watch the anime.