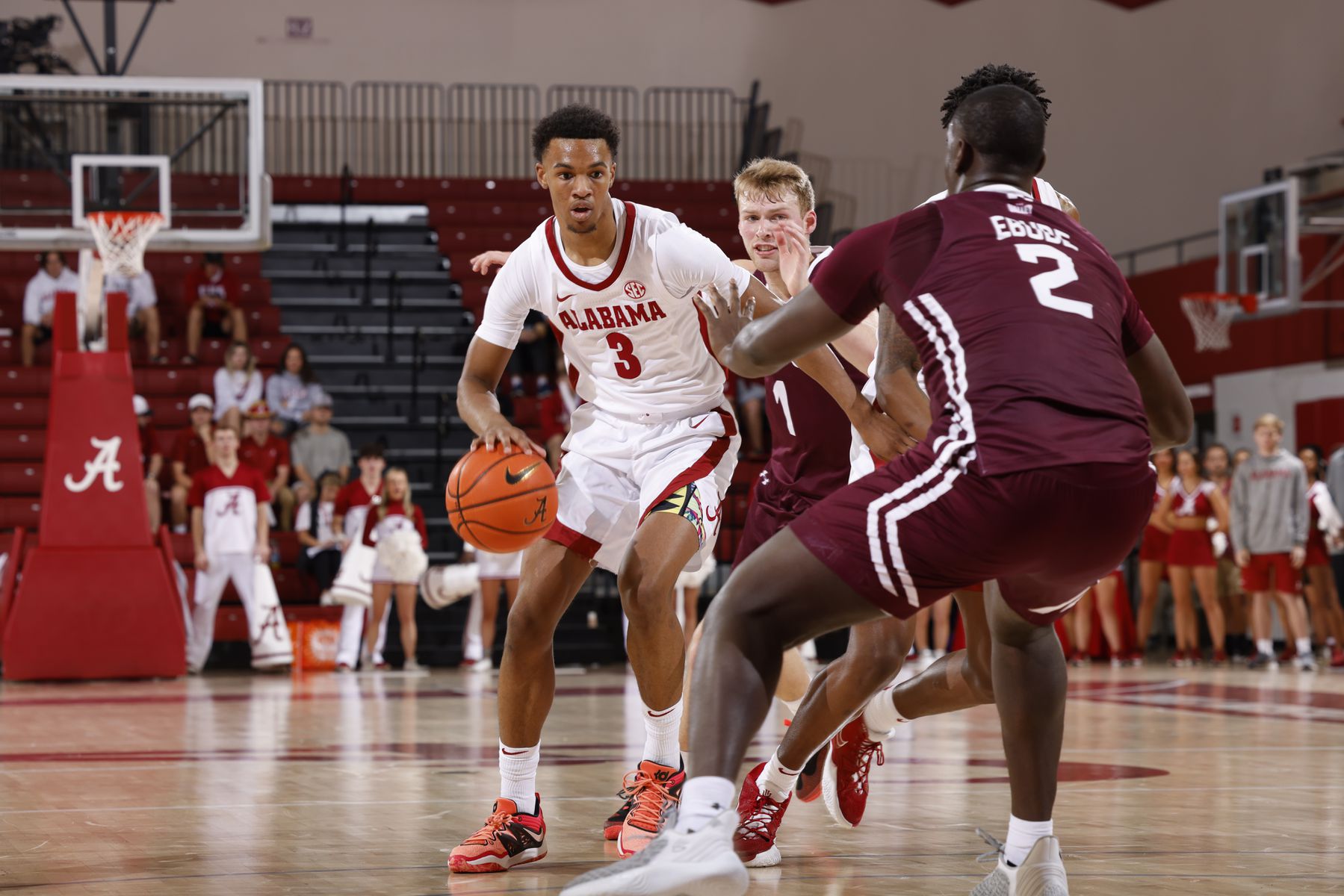 It’s that time of year when the practice routine is getting old and Alabama’s basketball team just wants some outside competition. They’re to the point that, as coach Nate Oats said, practices are getting chippy.

The lively practice atmosphere isn’t too far outside the norm, Oats said Friday. They encourage competition with every aspect of the workout so that spirit is natural.

“I don’t think we even have to advocate for it to get chippy when there’s a winner and a loser on every drill — just about every drill,” Oats said. “It tends to get chippy that way on its own because guys don’t want to lose.”

And the ones who are losing more often than they’re winning are getting that extra coaching.

“We’re definitely going to let them know about it and tell them we need more competitiveness out of you,” Oats said. “We stressed about being competitive. You can get embarrassed by getting beat.”

The example he gave was the fact Southern Illinois had 20 blow bys of Alabama defenders in the Crimson Tide’s 73-64 exhibition win last Saturday.

They’ll get a Longwood team coming off its first NCAA tournament appearance and a 26-7 record. The Lancers went 15-1 in conference play and won the league tournament before losing 88-56 to Tennessee in the NCAA tournament. They were No. 18 nationally in 3-point shooting percentage at 37.8% while Alabama struggled in most defensive categories.

The competitive juices are flowing but Oats isn’t worried about it going too far.

“It could be concerning if guys really get after it and end up getting in a fight,” Oats said, “but I think you even see that in the NBA and guys have some ego about them — some healthy ego sometimes and guys get after it a little bit. We haven’t had any of that but guys are ready to play somebody else.”

In terms of Alabama’s offense, Oats said he’s seen better shooting in practices after going 3-for-22 from behind the arc against Southern Illinois. The Tide recruited a new wave of shooters after last year’s team finished No. 309 in 3-point percentage (30.9%).

Freshman Rylan Griffen was part of that group known for his outside accuracy. The Dallas product said Oats is always telling him to shoot if he’s open.

“I took some bad ones in that game,” Griffen said Friday. “But he wasn’t really trippin’ because as long as we play hard, he’s not going to say anything. We’re going to clean it up on film.”

After Longwood on Monday, Alabama will get a visit from Liberty at 7 p.m. CT next Friday before heading to South Alabama on Nov. 15 for the first road game of the season.