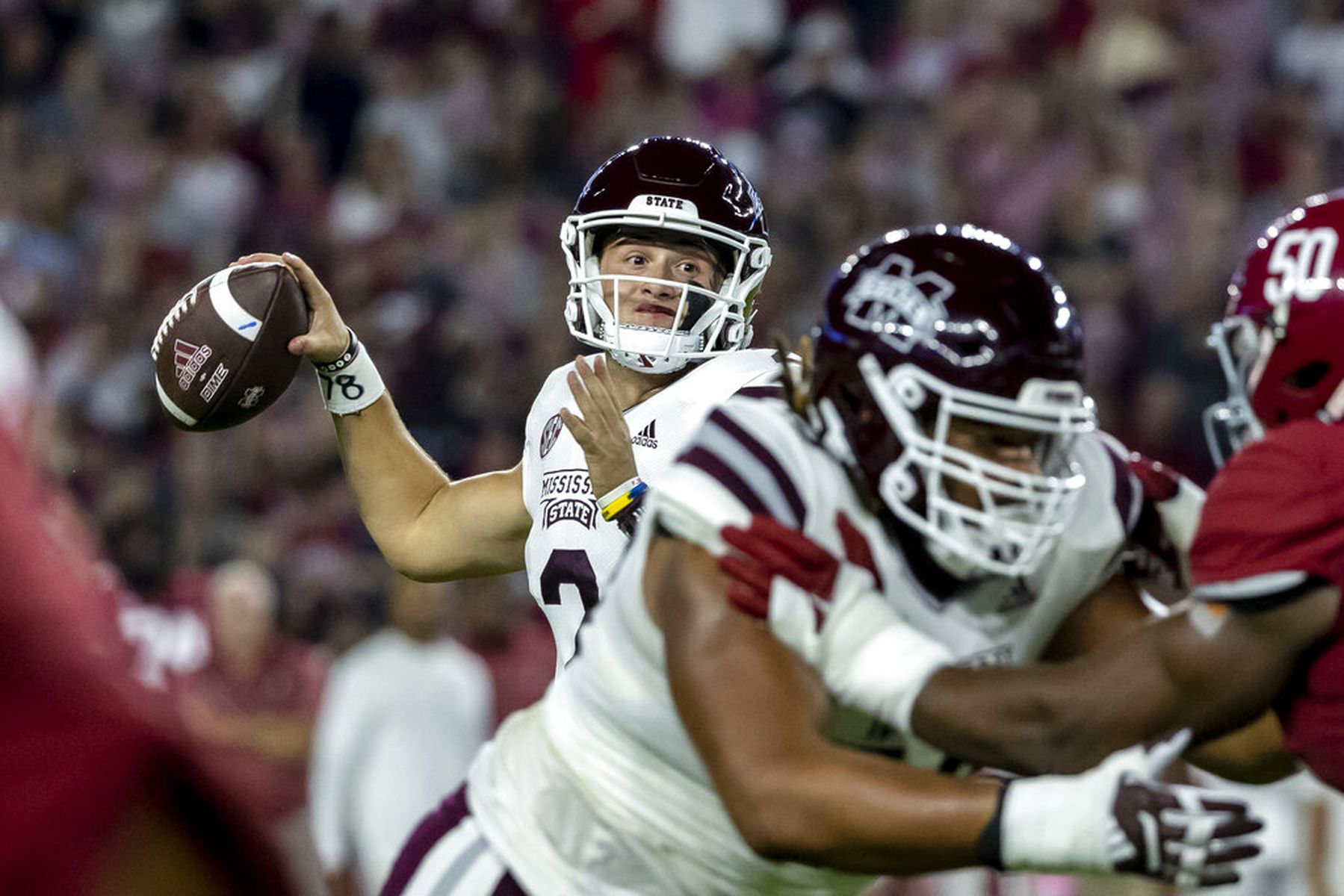 What a week, huh?

It has been a whirlwind few days for Auburn and Mississippi State. John Cohen resigned as athletics director in Starkville, Miss., on Monday morning before being announced as the next AD at Auburn later that day. In the hours between those two announcements, Auburn fired head coach Bryan Harsin and six staffers — including offensive coordinator Eric Kiesau and tight ends coach Brad Bedell — and named Cadillac Williams as interim coach for the remainder of the season.

And that’s just the off-field craziness that kicked off the week; Auburn (3-5, 1-4 SEC) and Mississippi State (5-3, 2-3) still have a game to play this weekend. The Tigers and Bulldogs will meet at 6:30 p.m. Saturday in Davis Wade Stadium, with the game airing on ESPN2. Auburn will try to snap a four-game losing streak and get Williams’ tenure as interim coach off on a positive note, while Mississippi State will try to end a two-game skid of its own and win its second in a row against the Tigers.

Ahead of Saturday’s game, we reached out to Stefan Krajisnik of The Clarion Ledger (Jackson, Miss.) to preview the teams’ SEC West showdown in Starkville and answer five key questions about the game. You can follow Stefan on Twitter (@skrajisnik3) for more excellent Missouri news and insight.

Let’s get to the questions:

1. What’s this week like for Mississippi State, hosting an Auburn team that not only has an interim coach, but a program that just poached the Bulldogs’ athletics director for its own AD spot?

Krajisnik: “For the athletic department, it has been a hectic week. For the football team, not much has changed. Mike Leach does a good job of, frankly, not caring about what is happening outside game preparations. He and his players have said this week’s preparation hasn’t changed much with the new staff at Auburn based on the fact that the same players are still there. They expect Auburn to lean on its running game. The football staff doesn’t seem to have hard feelings toward John Cohen entering the matchup. The fans might, though.”

2. Will Rogers has certainly been a prolific passer the last two years, but what – if anything – has changed for him since last year’s Auburn game, when he threw for six touchdowns in that comeback win? Since that game, he has 36 touchdowns and just five interceptions.

Krajisnik: “He has done a good job of reading the drop-eight defense. Teams cannot just drop back against him anymore. Where he has struggled this year is when teams mix things up defensively. Kentucky and LSU did. Arkansas and Texas A&M didn’t, which led to big numbers. He has a strong understanding of this offense and therefore he has built an ability to pick apart the drop eight.”

3. With Auburn’s run defense among the worst in the nation this season, do you see any scenario where Mississippi State – which runs the ball less than any FBS team – actually tries to exploit Auburn’s deficiencies in that area?

Krajisnik: “Mississippi State’s offense has been at its best when it runs the ball. While the rushing totals are down compared to other schools, the quality of runs has improved from Leach’s first two seasons. MSU, at its best, leans on the run early to keep defenses honest. That’s when the passing game opens up for the Air Raid to take true form. I expect to see that gameplan against Auburn.”

4. Is there a matchup that you believe the Bulldogs hold a distinct advantage over the Tigers?

Krajisnik: “I think MSU’s corners have an edge over the Auburn receivers. When you have corners that can take receivers one-on-one, it helps a lot in allowing your defense to really focus on stopping the run, which MSU will need to do.”

5. What’s your final score prediction, and how do you see this game playing out in Starkville?

Krajisnik: “I think Auburn, fueled on emotions from the past week, will come out strong and keep the game close early. But MSU’s offense, by building leads, has done a good job of eliminating opponents’ rushing offenses in the second half. I think that’ll be the case Saturday and MSU will win 35-17.” ‘Merry Swissmas’ movie premiere: How to watch and where to stream Latest News