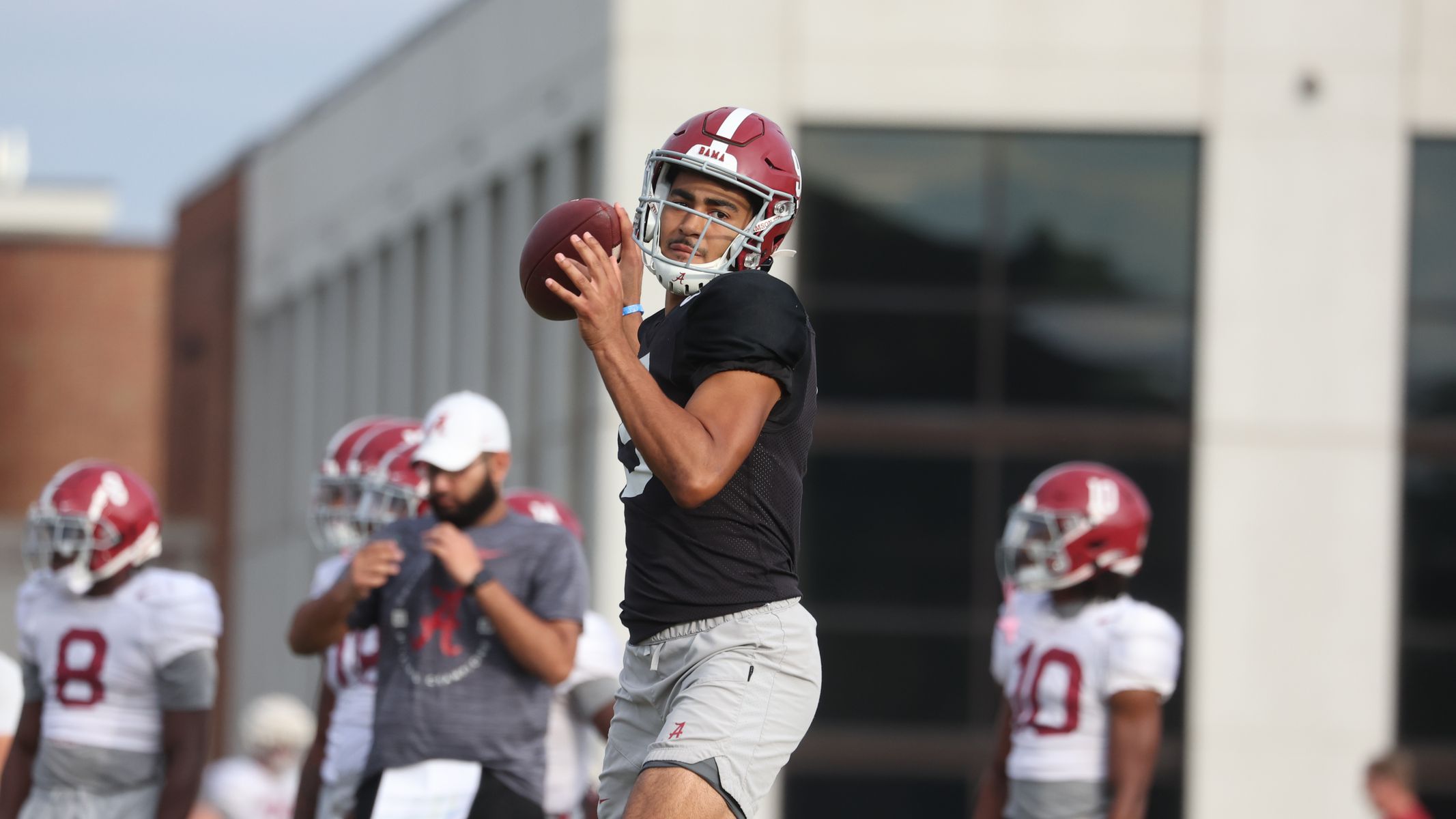 The impact of Bryce Young’s shoulder injury extended beyond the game-and-a-half he missed in early October.

After leaving against Arkansas and sitting out the Texas A&M game, Young returned to play against Tennessee and Mississippi State but suited up for both after minimal practice time.

The combination of Jalen Milroe and a recovering Young at quarterback yielded uneven results over those four games, which Saban dotted with an asterisk as the team emerged from its open week.

“I don’t think it’s really fair to assess anything that the offense has done, because we’ve been a little bit left-handed ever since Bryce got hurt in the Arkansas game,” Saban said Wednesday night. “He basically hasn’t been able to practice for however many weeks — three weeks — and played pretty well in two games.

“But the continuity of what you do and how you build continuity and timing has been a little bit distorted.”

Saban noted the “good news” that backups Milroe and freshman Ty Simpson were able to take more practice snaps at quarterback, which he called “really beneficial” to both.

“But it’s not really fair to, sort of, to see how we’ve, sort of, developed offensively because probably the most important guy on the team — any team — is the quarterback,” Saban said. “And most importantly on our team because of the quality of player Bryce is. So we’ve been a little bit out of sorts.

“So I really challenged the players to be able to do things better, whether it’s run the ball, run routes better, make more explosive plays — whatever it might be — but I think it’s a little bit unfair to judge anything that’s happened in the last couple weeks.”

After its shootout loss to Tennessee, Alabama scored 30 points against Mississippi State but gained only 290 offensive yards — its fewest since the 2017 season and 13th-fewest in the Saban era.

Guard Emil Ekiyor spoke Tuesday about not having Young fully practicing before the open week.

“I don’t think it’s been a challenge at all,” he said. “I mean, he’s been doing what he can throughout practice. Just having him there to command the offense and even if he’s not throwing the ball, he’s still taking control and getting the operation going as if he were playing regularly. I think now that he’s been able to take a couple more reps in practice, he’ll do even better.

“I haven’t seen a drop-off in his performance since he hasn’t been practicing. But now that he’s back out there, we’re even more confident and excited to see what he can do in the game on Saturday.”

Alabama plays at No. 10 LSU on Saturday night.