The Knight Captain is the New Princess-to-Be, Soara and the House of Monsters, Cat on the Hero’s Lap manga also licensed 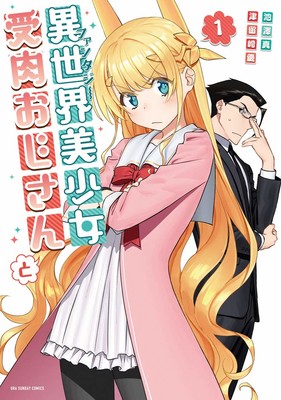 Seven Seas Entertainment announced on Wednesday that it has licensed the Life with an Ordinary Guy Who Reincarnated into a Total Fantasy Knockout, Homunculus, The Knight Captain is the New Princess-to-Be, Soara and the House of Monsters, and Cat on the Hero’s Lap manga.

Seven Seas will publish the first volume of Yū Tsurusaki and Shin Ikezawa‘s Life with an Ordinary Guy Who Reincarnated into a Total Fantasy Knockout (Fantasy Bishōjo Juniku Ojisan to) digitally and in print in September 2023. Seven Seas describes the manga:

Tachibana Hinata and Jinguji Tsukasa are two young men who have been friends since childhood. After a disaster of a singles mixer, they’re sent flying into another world by a mysterious being–and now Tachibana is a beautiful blonde girl! When Jinguji angrily demands that they be returned home and go back to normal, they get cursed, and the only way out is for them to go on a quest and defeat the demon king. But…now the two friends can’t stop thinking about how hot the other is. Will they save the world before their lifelong bromance becomes a romance?

Tsurusaki and Ikezawa launched the manga in Cycomi in November 2019, and Shogakukan published the manga’s seventh compiled book volume on June 17. The eighth volume will ship on November 17.

The manga inspired a television anime that premiered on January 11. Crunchyroll streamed the anime as it aired in Japan, and also streamed an English dub. 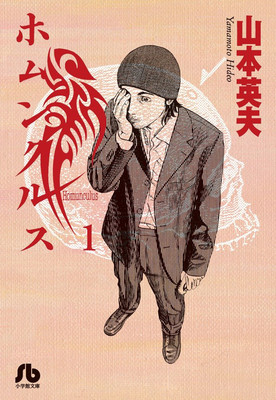 Seven Seas will publish Hideo Yamamoto‘s Homunculus manga in omnibus volumes containing two volumes worth of material with each release. The first omnibus volume will ship in June 2023. Seven Seas describes the manga:

Nakoshi Susumu, age 34, is living out of his car. Between spending his days with the homeless and his nights in his vehicle, he has little to his name–but not so little that he’ll agree to be the subject of a scientific experiment. An unnerving medical student is stalking him and offering to pay Nakoshi a significant sum to test trepanation: the ability to draw out a sixth sense by drilling into the skull. Nakoshi refuses. When Nakoshi’s beloved car is towed, though, he finally agrees to cash and the operating table. At first, the experiment seems to bear no fruit, and Nakoshi’s life is unchanged. That is, until Nakoshi realizes his vision has warped in his left eye…showing him the twisted homunculus inside every human.

The manga launched in Shogakukan‘s Weekly Big Comic Spirits magazine in 2003 and ended in 2011. Shogakukan released 15 compiled book volumes for the series, which has more than 4 million copies in circulation. The manga inspired a live-action film that opened in Japanese theaters and debuted in Netflix worldwide in April 2021. 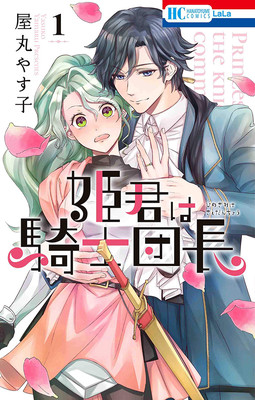 Seven Seas will publish the first volume of Yasuko Yamaru’s The Knight Captain is the New Princess-to-Be (Himegimi wa Kishi Danchō) manga both digitally and in print in August 2023. Seven Seas describes the manga:

Christina, a.k.a. “Lady Chris,” was born into a noble family and treated more or less like a boy growing up. Now a young woman, she’s not only captain of the imperial guards–she personally protects Prince Leonardo, who has been a dear friend since childhood. When Leo’s father, the king, demands that Leo find a suitable girl to marry, he says that he’s already found one: Chris! Chris is shocked, but figures that Leo doesn’t really love her like that; it’s probably just some ploy to keep his father happy. She decides to play along, but as the charade goes on, she starts to wonder if maybe her princely pal does see her as more than a friend.

Comico also publishes the manga in English through its Pocket Comics website and app under the title Grand Master Knight Has Become the Princess. 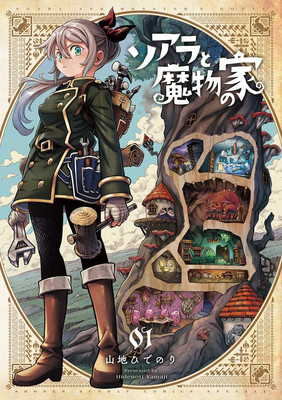 Seven Seas will publish the first volume of Hidenori Yamaji’s Soara and the House of Monsters (Soara to Mamono no Ie) manga both digitally and in print in October 2023. Seven Seas describes the manga:

Soara is a young orphan girl who was raised by knights and trained to battle the monsters that constantly attacked their kingdom. But by the time Soara is ready to join the fight herself, peace has been declared and her blade is no longer needed. Searching for a new home and a new purpose, Soara stumbles across Krik the dwarf, leader of the Monster Architects. Suddenly, instead of fighting monsters, Soara finds herself working with Krik to build comfortable homes for them! In the process, will she discover a new home and family for herself? 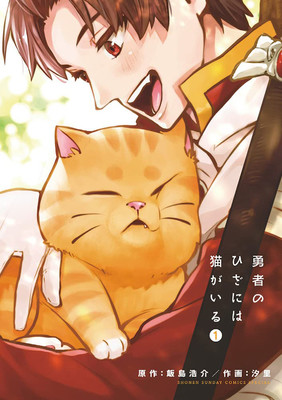 The hero Ledo and his companions have a mission: defeat the Demon Lord once and for all. Aina is a formidable fighter, taking down foes with only her fists and feet; Grace the wizard harnesses powerful magic to blast away enemies in their path. Meanwhile, Ledo faces an unexpected challenge in their quest: a big, fluffy cat has taken a liking to him, following the party wherever they go…and jumping into Ledo’s lap whenever it’s free, even in the heat of battle! Everyone knows you can’t just dump a cat off your lap in good conscience. If Ledo pushes this sweet kitty away while it’s happily making biscuits, will he be any better than the monsters he’s trying to fight? A swords and sorcery story for fans of cats and comedy!

Iijima and Shiori launched the manga in Shogakukan‘s Manga ONE app and Ura Sunday website in July 2021. Kosuke is penning the story, while Shiori is drawing the art. Shogakukan published the manga’s third compiled book volume on October 12.