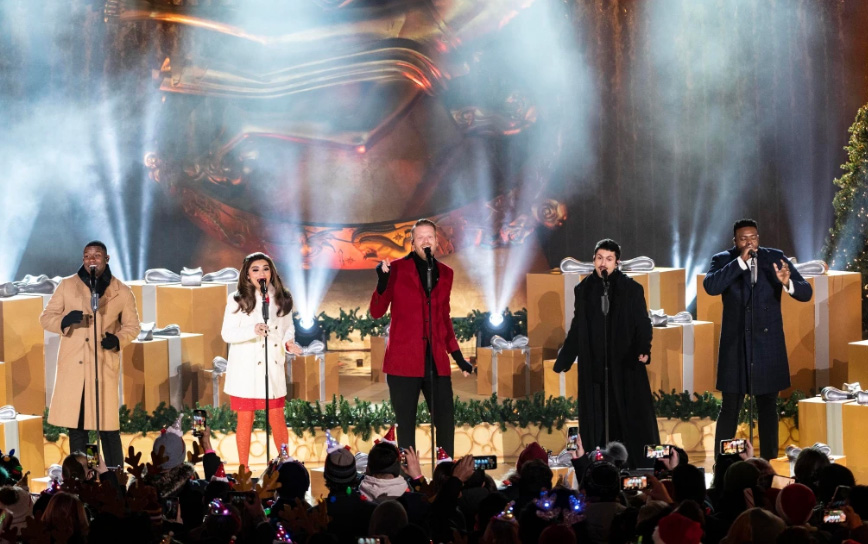 MINNEAPOLIS — Pentatonix singer Scott Hoying suddenly perked up over the phone.
He had just learned about the cause behind the benefit concert that his champion a cappella quintet is performing this week in Minneapolis. It’s for PACER Center, a Twin Cities agency that helps children with disabilities and operates anti-bullying programs.

“Oh, my gosh. That’s an incredibly important organization,” Hoying said. “I think that anything we can do to put an end to bullying is something we want to do. Because bullying affects kids for their entire life and affects your future.”

He knows. He speaks from personal experience. He was bullied as a youngster. Name-calling. Taunts like, “Why do you talk like a girl?” “Why do you act like that?”

For Pentatonix, the Minneapolis benefit is an isolated concert in a year that has been mostly time off. Soprano singer Kirstin Maldonado gave birth to her first child in the summer. New bass singer Matt Sallee got married. Yet, Pentatonix still managed to squeeze in the recording of another yule album, “Holidays Around the World,” the group’s sixth Christmas offering in eight years.

In fact, two weeks after the PACER concert, Pentatonix will hit the road for its annual holiday concert tour. They’ll play Mohegan Sun Arena on Dec. 22.  Like Bing Crosby and Mannheim Steamroller, Pentatonix has become synonymous with Christmas music. Is that a blessing or a curse?

“I’d say it’s a blessing,” Hoying, 31, said. “Christmas is such a joyous time. It’s family and memories. We get to be the soundtrack to so many people’s Christmases, which is a time associated with joy, happiness and peace. Also, Christmas is a huge thing every year.”

“It’s probably the album we’re most proud of in Pentatonix ever,” Hoying said. “We collaborated with all these iconic artists in all these special countries. It was fun to have instruments and production inspired by each country, and also we put in some strong originals.”

In addition to all those holiday albums, Pentatonix — which launched its career after winning NBC’s “The Sing-Off” a cappella competition in 2011 — has recorded five albums of cover songs as well as two full-length collections of original material, including 2021’s “The Lucky Ones.”

The PACER Center gala isn’t the only benefit for Pentatonix this year. In April, the quintet joined an all-star lineup in a salute to Joni Mitchell for MusiCares, the Recording Academy’s charity foundation for musicians.

“One of Joni’s favorite songs is ‘Why Do Fools Fall in Love,’ so Brandi Carlile — she hangs out with Joni and Joni plays solitaire and listens to Pentatonix — asked us to surprise her and sing her favorite song for her as well as one of her songs. And besides that, it was one of the craziest events I’ve ever done. It was surreal.”

To top it off, Hoying talked to Mitchell about music for about 10 minutes.
“It’s one of those ‘Pinch me’ moments. How did my life lead to this moment? It was really cool.” Meteors of Halloween are back: What to know about Taurid meteor shower Latest News