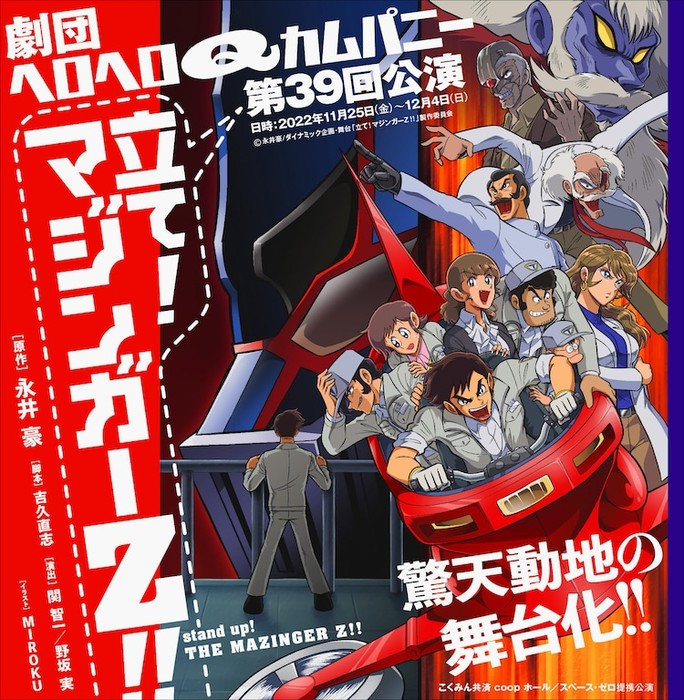 The theatrical company originally planned to perform the play in March 2020, but delayed the play due to the COVID-19 pandemic. Voice actor Tomokazu Seki heads the Gekidan Herohero Q Company, and is also directing the play alongside Minoru Nosaka. Naoyuki Yoshihisa is penning the script, with assistance from Shinichi Ono.

Nagai launched the Mazinger Z manga in Shueisha‘s Weekly Shonen Jump magazine in 1972, and the television anime series premiered at the same time. The anime ran for 92 episodes from 1972-1974, and the anime’s 68th episode garnered a 30.4% viewer rating when it aired on March 17, 1974.

The story follows high school boy Kōji Kabuto in his super robot Mazinger Z as he battles Dr. Hell, a mad scientist bent on world domination. The franchise has spawned numerous anime television series, anime films, and several original video animation projects, based on both the original manga, sequels, spinoffs, or alternative universe takes on the robot and cast.