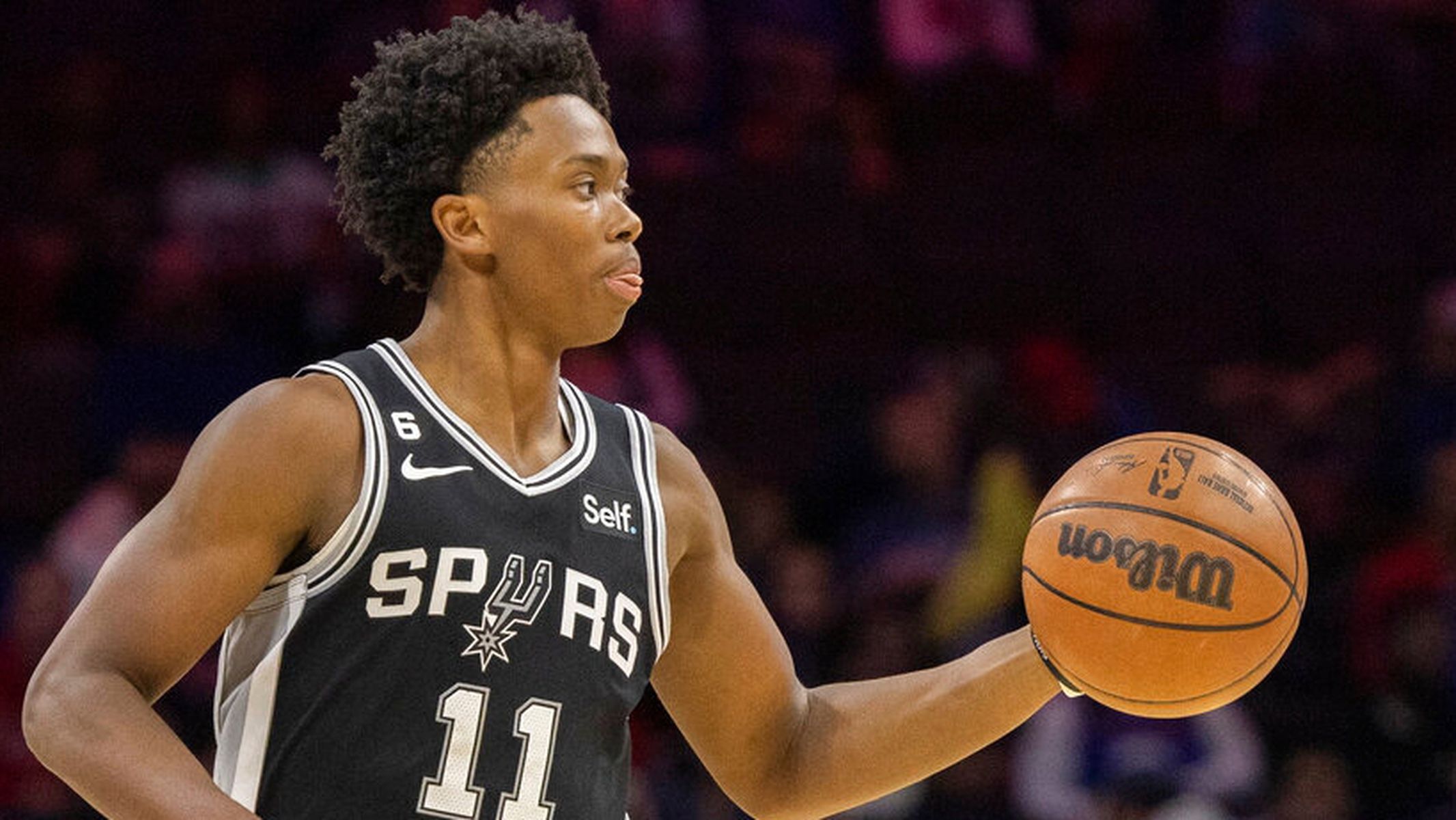 Lawsuits were filed against the San Antonio Spurs and former player Josh Primo on Thursday and a criminal complaint for multiple accounts of indecent exposure against the former Alabama player will follow, a Texas attorney said.

During a press conference in Houston, attorney Tony Buzbee said Primo had exposed himself to his client, Dr. Hillary Cauthen, on multiple occasions. When Cauthen brought the matter to the attention of the NBA team’s management, she was assured that it would be addressed, Buzbee said, but instead she was marginalized and, ultimately, lost her position as a consulting psychologist with the Spurs.

In a statement released on Thursday, Primo’s attorney called the allegations false and termed Cauthen’s assertions “an act of betrayal.”

The Spurs waived Primo on Friday night in a transaction that stunned the NBA. Primo had joined San Antonio from Alabama as the 12th selection in the 2021 NBA Draft, and the Spurs had exercised their $4.3 million option for the third season of his rookie contract only 18 days before releasing him.

On Saturday, ESPN reported San Antonio released Primo after multiple allegations that he had exposed himself to women.

On Thursday, Cauthen said because San Antonio’s management failed to do to the right thing, other women had had to endure what she did. Buzbee said Primo had been released by the Spurs because of more recent allegations coming from team trips to Nevada and Minnesota.

“Due to their inaction and protection of their assets, other individuals were impacted,” Cauthen said on Thursday. “For that, I am truly sorry.”

The Spurs gave no reason for releasing Primo when they announced they were waiving the guard.

“It is our hope that, in the long run, this decision will serve the best interest of both the organization and Joshua,” said Spurs Sports and Entertainment CEO RC Buford in a press release from the team. “The Spurs organization, including front-office executives, coaching staff and players, will have no additional comments to share at this time.”

About three hours after that statement, Primo released a statement that read: “I know that you all are surprised by today’s announcement. I’ve been seeking help to deal with previous trauma I suffered and will now take this time to focus on my mental health treatment more fully. I hope to be able to discuss these issues in the future so I can help others who have suffered in a similar way. I appreciate privacy at this time.”

Buzbee called the statements from the Spurs and Primo “complete farces, a complete whitewash and do not reflect actually what happened here.”

Buzbee said Primo exposed himself to Cauthen for the first time in December, and she contacted the Spurs’ general manager, who assured her that there would be an investigation, written report and counseling and discipline for Primo. Instead, Buzbee said, Cauthen was asked to continue to have sessions with Primo, and his objectionable conduct “in fact, escalated.”

The lawsuit alleges that Primo exposed himself to Cauthen nine times.

When Cauthen reported the continued behavior, Buzbee said, her work was curtailed, she was asked to work from home, and, told that the administration and team had “lost trust in her,” her contract was not renewed in August.

Buzbee said he planned to “make sure that everything that has previously been swept under the rug will be made public.”

The lawsuits were filed in Bexar County, Texas. San Antonio is the county seat of Bexar County.

“Rather than act on Dr. Cauthen’s reports, the Spurs ignored her complaints, hoping the organization could ignore and then cover up Primo’s actions,” the lawsuit states. “The Spurs organization was willing to sacrifice Dr. Cauthen to keep what they hoped would one day be a star player.

“Once Primo’s conduct entered the public sphere, the Spurs were forced to act and release Primo. The Spurs’ recent actions with regard to Primo are too little, too late. The Spurs’ public statement about Primo’s departure is a complete farce. The Spurs’ conduct sends a strong message that they, like other major sports organizations, are willing to tolerate abhorrent conduct on the part of athletes and sacrifice loyal employees, so long as the athlete is successful on the court.”

Buzbee said the court action “seeks justice for Dr. Cauthen. Her job was taken from her through no fault of her own. But this case is bigger than that. As you heard, she wants change to be made — formalized protocols to address these types of issues. Players are obviously very important to an organization like the San Antonio Spurs. But they aren’t any more important than anyone else. When a report is made, it must be acted upon. There has to be responsibility and accountability. There’s really all we’re looking for here.”

“Josh Primo is a 19-year-old NBA player who has suffered a lifetime of trauma and challenges. He is now being victimized by his former team-appointed psychologist, who is playing to ugly stereotypes and racially charged fears for her own financial benefit.

“In an act of betrayal against her young client, Dr. Cauthen, who is 40 years old, falsely claims Josh Primo exposed himself to her during the course of her numerous therapy sessions. Dr. Cauthen’s allegations are either a complete fabrication, a gross embellishment or utter fantasy. Josh Primo never intentionally exposed himself to her or anyone else and was not even aware that his private parts were visible outside of his workout shorts.

“What makes the allegations even less credible is that Dr. Cauthen never informed her patient of the purported exposure. Dr. Cauthen was Mr. Primo’s mental health support provider and confidant, a therapist who Mr. Primo trusted. She is much older than Mr. Primo, with many years of experience as a sports psychologist. It is baffling why she did not bother to tell her patient that his private parts were visible underneath his shorts.

“Josh Primo is at the beginning of a promising career and has been devastated by these false allegations and release by the Spurs. He is in the process (of) seeking treatment to deal with the trauma inflicted on him by Dr. Cauthen’s misleading allegations in addition to the previous trauma he suffered as a child. He looks forward to clearing his name and to moving forward with his NBA career.”

As a rookie, Primo averaged 5.8 points, 2.3 rebounds and 1.6 assists in 50 games while also playing in 12 games with the Austin Spurs of the NBA G League.

No NBA team claimed Primo off waivers, and he became a free agent on Monday morning.