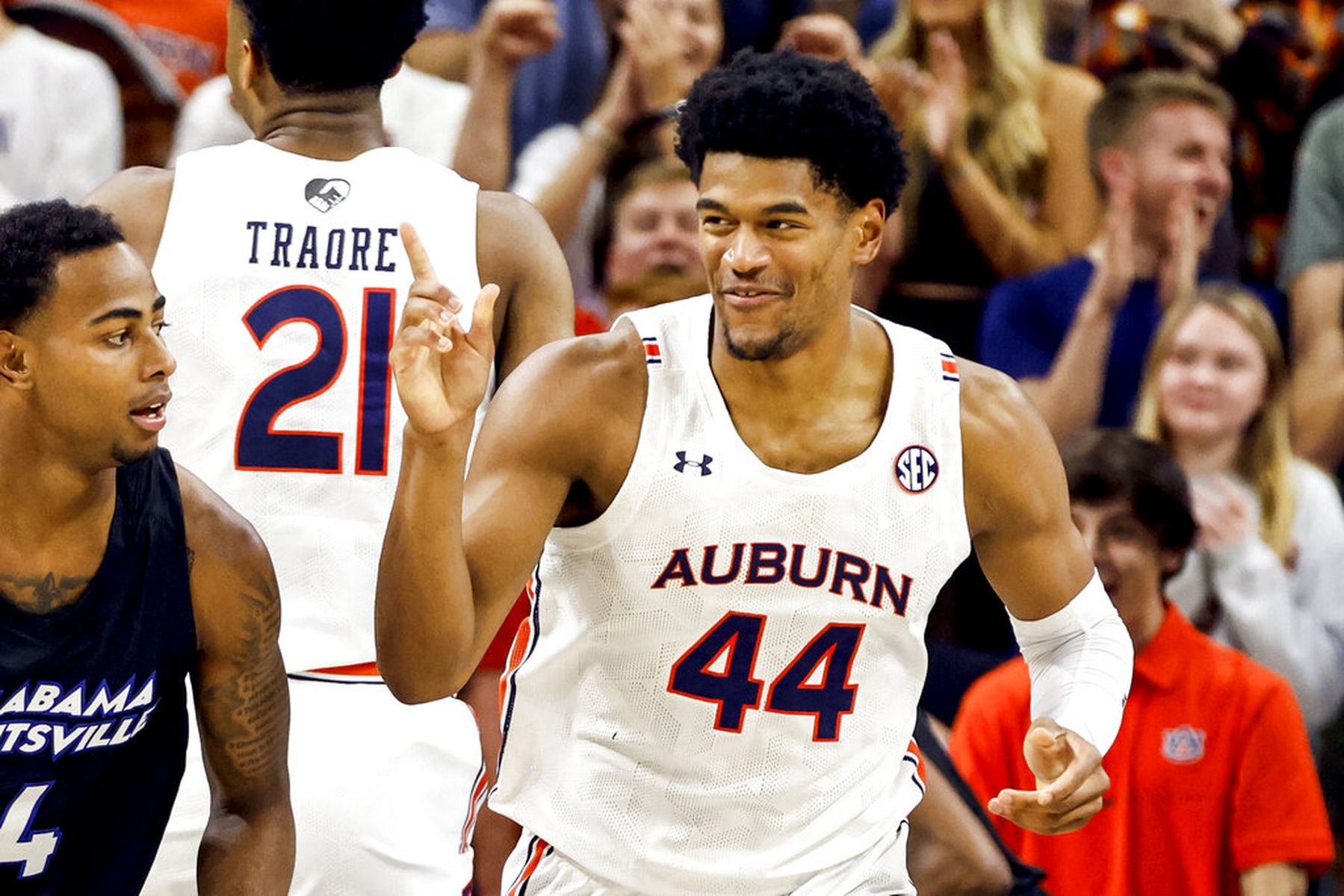 Auburn overcame a sluggish start to down Alabama-Huntsville 87-69 in Wednesday’s exhibition game. Dylan Cardwell scored the game’s first points on a tip-back dunk in front of a small but spirited crowd at Neville Arena.

Auburn went from a 22-21 lead with 7:39 left in newcomer big man Johni Broome on the free throw line. Broom scored on consecutive possessions for Auburn and finished a three-point play to put the Tigers ahead by three after Alabama-Huntsville tied the score at 17 all.

Broome finished the night with six points, three assists, and three rebounds as Auburn increased its lead from three points to a 46-32 halftime advantage.

Cardwell finished the night with six points, all on dunks. His back-to-back slams put Auburn ahead 42-30 with 1:12 in the first half. The Tigers went into the locker room with nine players scoring points against the Chargers.

Auburn had 53 points off the bench and outscored the Chargers 41-37 in the second half.

Auburn opens the season in full on Monday at Neville arena against George Mason at 7 pm.

Let’s get into the observations from the game.

Auburn had 14 players see action and 11 of them scored at least one point.

Jaylin Williams led the team in scoring with 16 points off the bench. Williams shot 6-6 and 1-1 from three and hit all of his free throws. Freshman Tre Donaldson had 10 points in his debut at Neville.

Yohan Traore had nine points in his first game with the Tigers at Neville.

Chaney Johnson (14), Jack Kostel (13), Max Schulman (13), and CJ Williamson (11) led the Chargers in scoring, but no other player had more than five points against Auburn.

Auburn shot 22% from three. Williams had five fouls despite the strong offensive outing. The Tigers also shot 68% from the free-throw line and had 21 turnovers. Auburn will need to clean all of that up as the season begins.

Zep Jasper continued to show his defense prowess. Johnson led the team with in plus/minus with +23 and Green was second with +10.

Auburn played a sound game with plenty of flashy dunks and highlight moments. There was a lot of positives to take from the game, however, Pearl will have lots of film to show his team as points of emphasis for improvement.